Ryazan is a city with almost a thousand-year history, surviving internecine wars, the Mongol-Tatar yoke, mercilessly ruined and reborn from the ashes. A city surrounded by rich Meshchera open spaces that inspired Sergei Yesenin and Konstantin Paustovsky.

Guests who have visited Ryazan will notice that history and modernity have come together here. To better understand this temporary symbiosis, it is worth visiting several of the city’s main attractions, which we will talk about in our material.

Visiting Ryazan on the weekend will be interesting for residents of Moscow and the Moscow region, Tula, Voronezh, Tambov, Nizhny Novgorod and other nearby cities, the road from which will not take long.

Approximate travel budget for one person – from 3,200 rubles *. 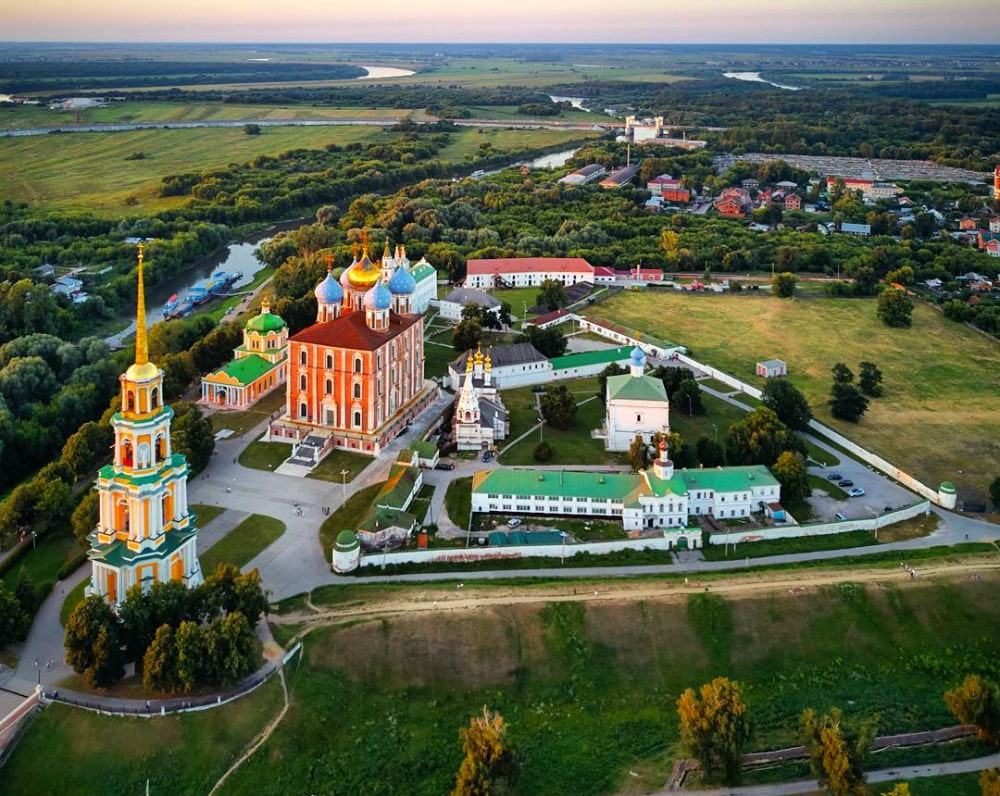 The Ryazan Historical and Architectural Museum-Reserve is one of the oldest museums in Russia. This is the heart of Ryazan, where there are ancient architectural monuments, museums that tell about the history and culture of the city. The ensemble of the Ryazan Kremlin was created over five centuries: from the 15th to the 19th century.

Here tourists can see unique church and civil buildings: Oleg’s Palace, Singing Building, Mole Hotel, Nobility Hotel, Cathedral Bell Tower, Assumption Cathedral, Nativity of Christ Cathedral, Consistory building and others. Also, guests of the city can walk along the Gleb Bridge and take a break in the alleys of the Cathedral Park, where you can buy souvenirs and listen to street musicians.

A wonderful view opens up to Ryazan from the height of the Kremlin shaft. In summer, young people gather here for picnics, elderly couples and young families stroll. And in winter, children and adults arrange various winter fun on the shaft. Here you can better see the historical architecture of the Kremlin, on the one hand, and modern Ryazan, on the other.

Oleg’s Palace is the largest civil building of the Ryazan Kremlin and an architectural monument of the 17th – 19th centuries. Built on the site where the prince’s court was located until the 16th century. These are the former residential chambers of the Ryazan bishops, the building also housed their home church, brotherly cells and household services.

A huge stone building with many patterns resembles a gingerbread house and amazes with its snow-white beauty. Looking at its arches, one involuntarily recalls the film “Ivan Vasilyevich Changes His Profession”.

Now the palace houses a museum, where expositions of the Ryazan Kremlin are presented, with finds of local archaeologists, as well as various exhibitions from all over Russia. 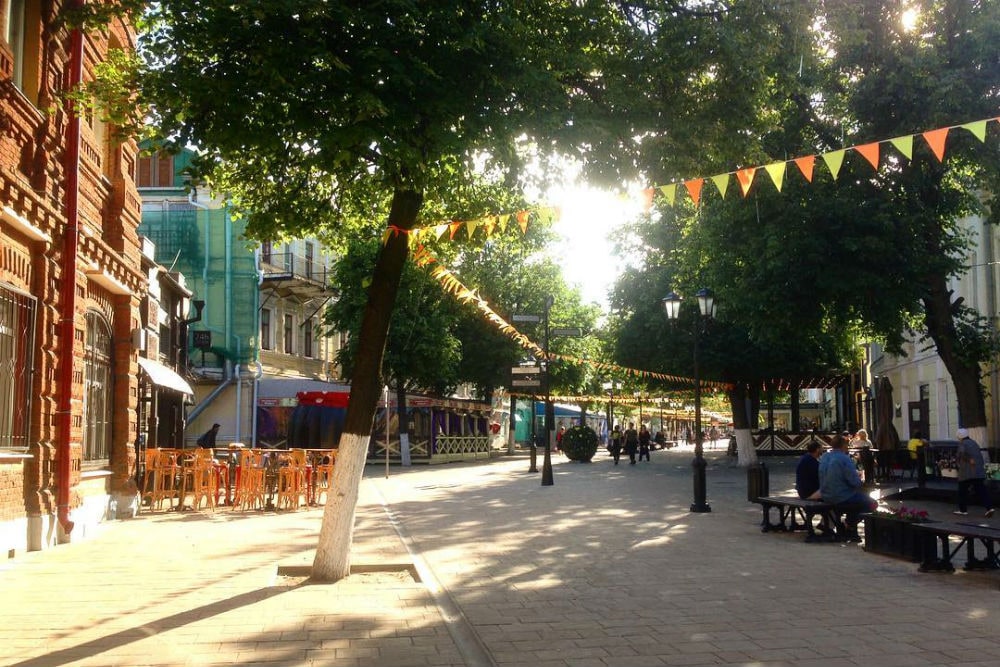 Pochtovaya Street is located in the historical center of Ryazan and is considered the main pedestrian, tourist and shopping street of the city. It starts from Lenin Square and ends at Pochtovaya Square. Postal is very popular with both locals and tourists. The townspeople call it the Ryazan Arbat. There are many cafes and restaurants, street musicians play, themed festivals are held here. Various art objects and culturally significant monuments are located in the pedestrian zone. For example, at the end of the street there is a monument to the legendary Ryazan hero Yevpatiy Kolovrat. 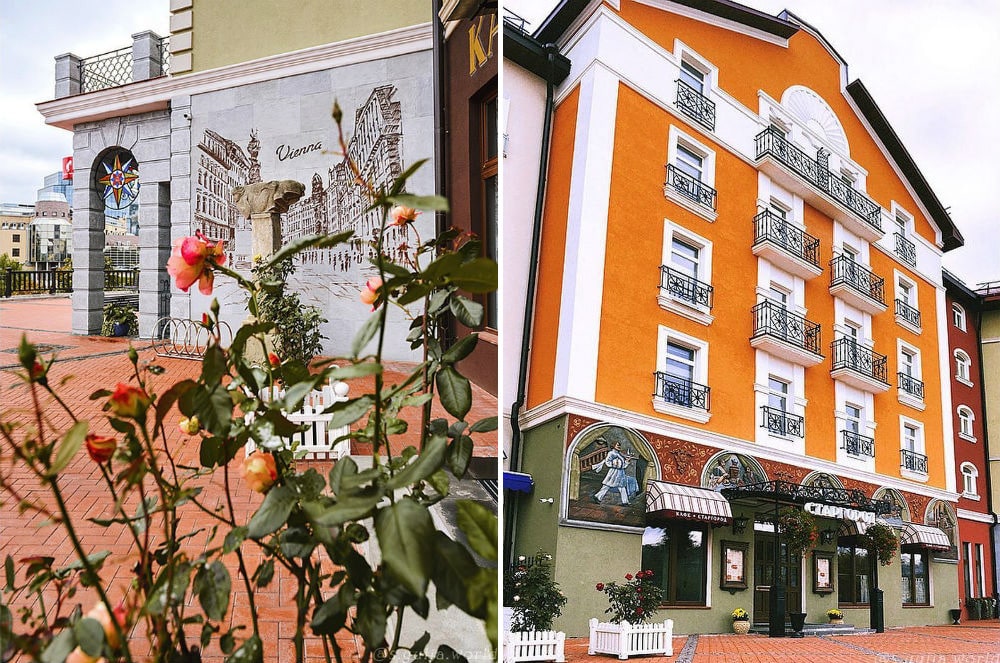 If you go down the stairs from Pochtovaya Street, then it smoothly flows into Lybidsky Boulevard – a place for walking the townspeople, where cozy paths with benches, decorated with stone sculptures from various Russian masters, wind among the alleys.

The boulevard underwent reconstruction in 2015-2017 and is now gaining popularity among tourists. At its beginning, on Münsterskaya Street, there is the Old Town Hotel, built in European style.

The territory of the hotel is open, and everyone can visit the adjacent English, pub, Viennese cafe, where you can sit on the terrace, a pizzeria. The area in front of the hotel is divided into two parts, one of which resembles a little Italy, and the other – a piece of London.

Located at the mouth of the Lybid River, from the Spartak stadium to the Ryazan Circus 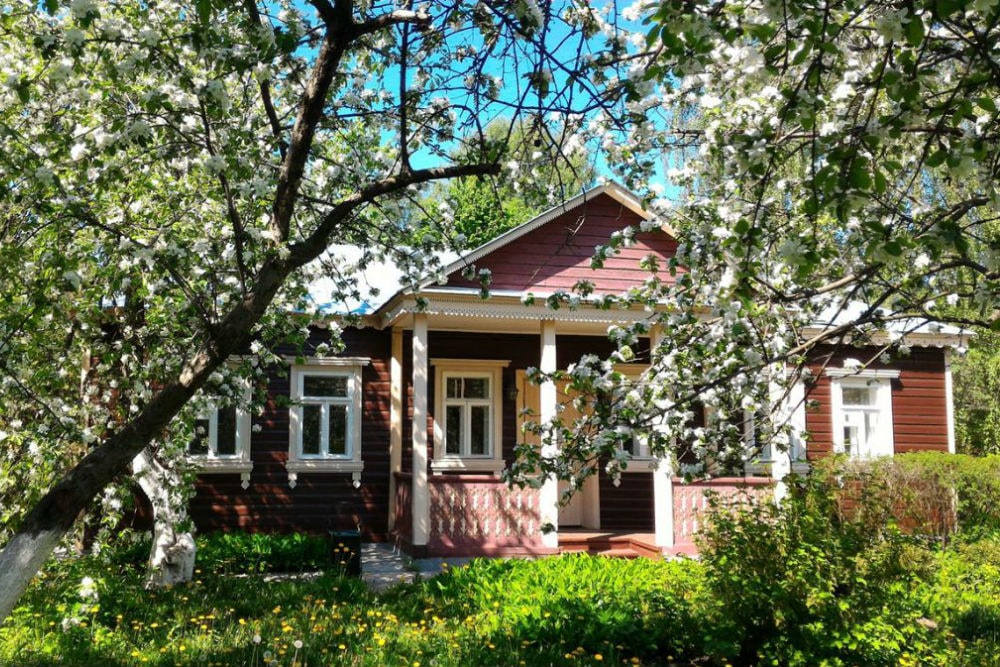 In the center of Ryazan, on Pavlova Street, there is a cozy little house where the famous scientist and Nobel laureate Ivan Petrovich Pavlov spent his childhood and youth. Here are collected documents, photographs, books and children’s things that belonged to the academician.

In the museum you can also get acquainted with the works of the great scientist, his discoveries in the field of physiology of blood circulation, digestion and higher nervous activity. Well, after sightseeing excursions, everyone can take a walk in a large orchard, taste juicy apples and just enjoy the atmosphere of the 19th century, which they are trying to preserve. 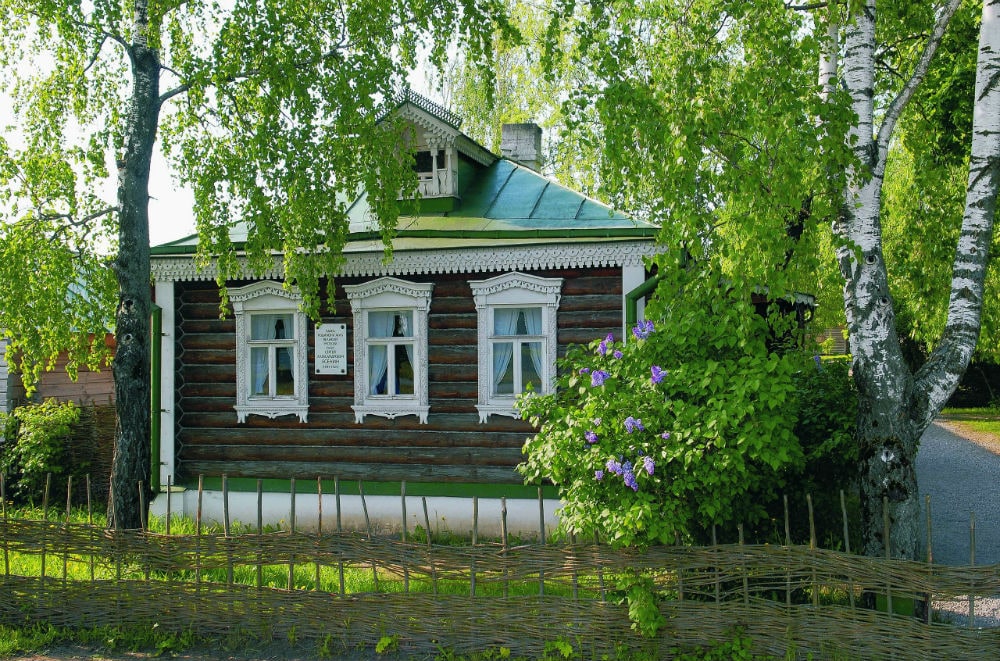 43 kilometers from Ryazan, in the village of Konstantinovo, Ryazan region, there is a museum-reserve of the famous Russian poet Sergei Yesenin. The future poet was born and spent his childhood here.

Not only the house where Yesenin grew up and where he came as a famous poet to dig up his spiritual strength was turned into a museum, but also the Zemskaya school, where little Sergei studied, the house of the priest I.Ya. Smirnov, who baptized the poet and was one of the first to notice talent of a young man, Kazan Church, Museum of Anna-Snegina’s poem, Literary exposition and Spas-Klepikovskaya school. 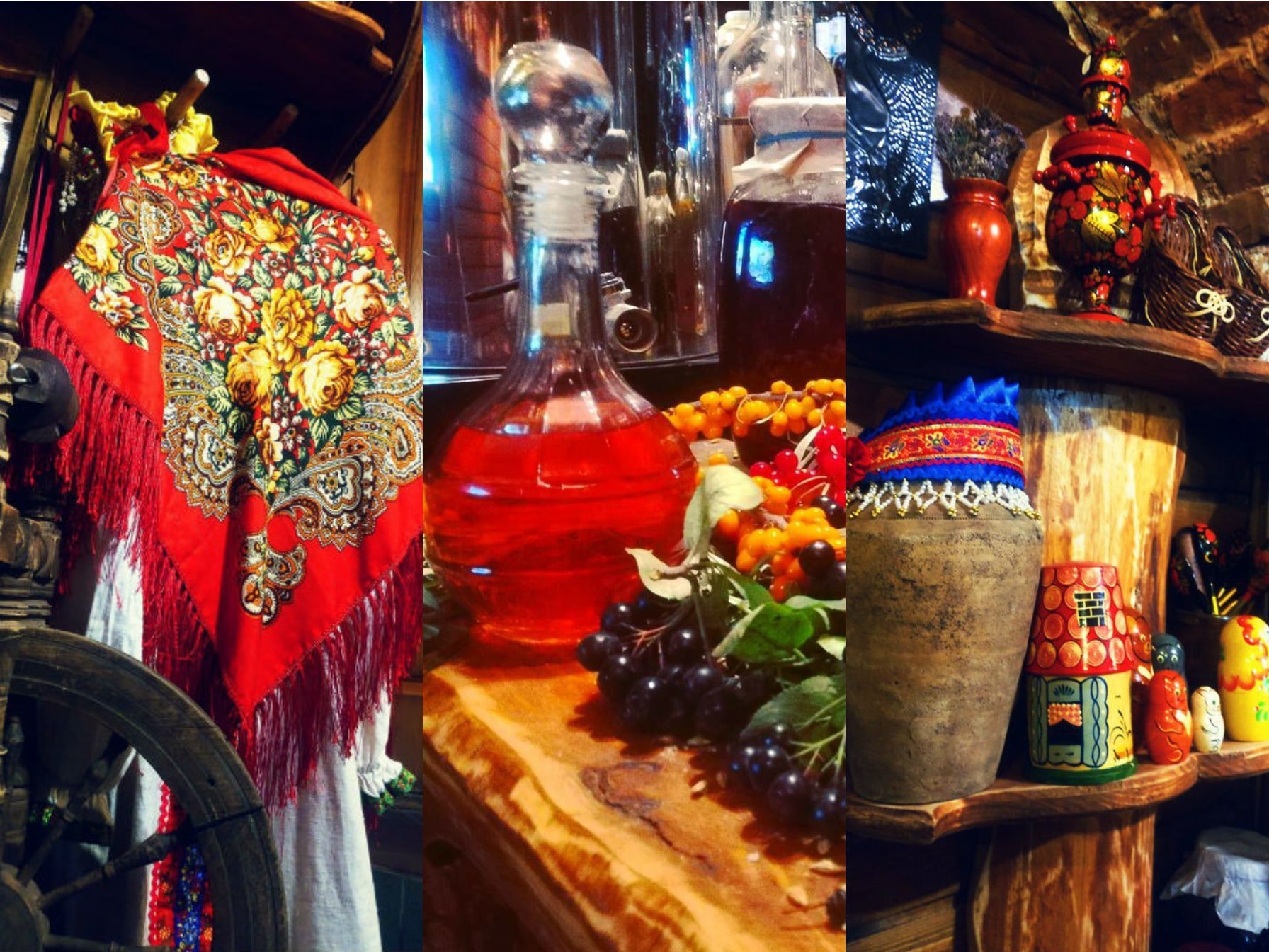 This bar-museum is located literally five minutes from the main attraction of the city – the Ryazan Kremlin. Here you can not only eat deliciously and taste national dishes, but also find out what drinks were preferred in Russia, taste kvass, mead, moonshine, various tinctures of our own production, prepared according to old Russian recipes.

Tours with tasting (18+) are regularly held for visitors, where they tell about the history of Russian drinks, the secrets of their preparation, as well as their role in folk rituals and traditions. 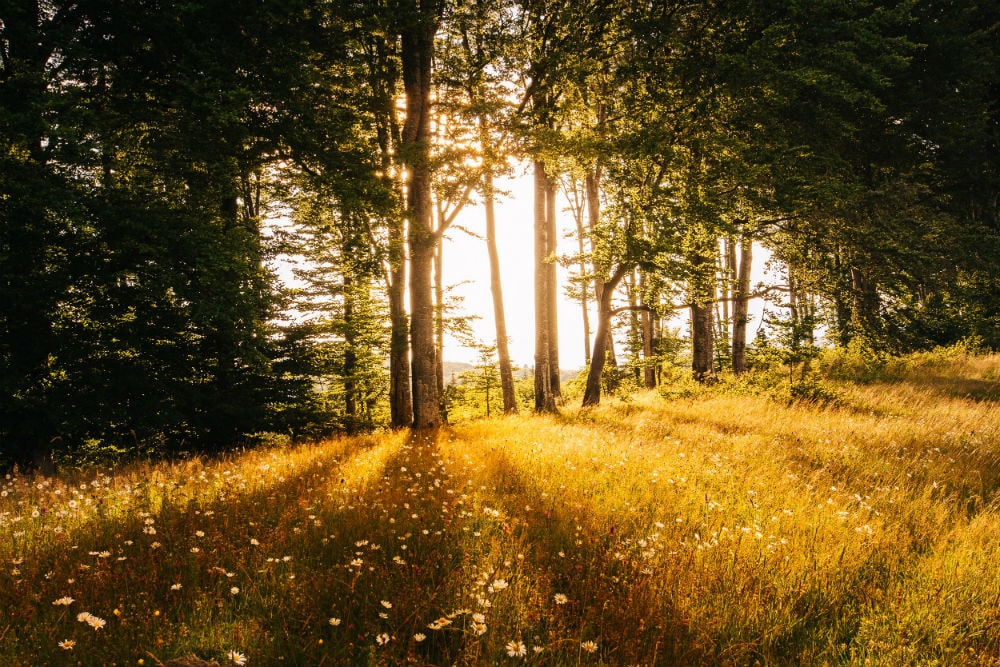 The age of this park is several centuries, it borders on an architectural monument of the 17th-19th centuries. – the estate of Gavrila Vasilyevich Ryumin (one of the richest people in Ryazan in the 19th century). The park has been remodeled and rebuilt many times; Fortunately, the age-old trees have been preserved. They spread their powerful crowns over narrow paths along which families with children stroll, students sing on benches, pensioners enjoy the cool shade. The park has several names: some call it City Grove, some call it Drunken Park.

Here, among the alleys, there is a symbol of the city – a bronze sculpture “Mushrooms with eyes”, illustrating the famous saying “we have mushrooms with eyes in Ryazan.” The art object was installed in 2013. Now everyone who comes to Ryazan must visit this place and rub the “Mushrooms” with his palm for good luck.

Where is: between Svoboda and Lenin streets, behind the buildings of the Regional Philharmonic Society and the Art Museum, the central entrance behind the Philharmonic stop