The Victoria Falls area on the Zambezi River boasts some of the world’s best and wildest freshwater runoff. The Zambezi River is recognized by rafting and kayaking enthusiasts as one of the top ten rivers for this sport on the planet. If you don’t subconsciously associate phrases such as “stairway to heaven” and “freezing in fright with adventure,” it means that you have never participated in rafting on the wild Zambezi River in your life. Rafting on the Victoria Falls on the Zambezi River has been classified by the British Canoeing Union on a difficulty scale of 5 (on an international six-point scale). 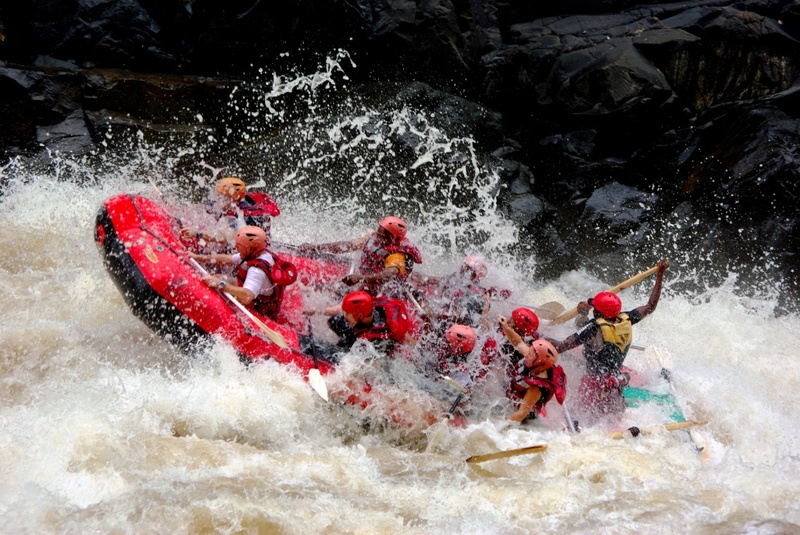 Class 1 (difficulty scale 1) is slow flowing water that does not collide with obstacles. Class 2 (difficulty scale 2) means the water flows a little faster and the water level is slightly higher, with a couple of boulders or trees protruding. Class 3 has more water than the previous two classes, flows faster and encounters frequent obstacles on its way that require maneuvering and turning. Class 4 and 5 is a fast drain with a lot of water flowing very quickly. The obstacles there are difficult to avoid and require planning ahead of time to avoid an accident that could end tragically for both people and equipment. Class 6 carries a huge amount of water with very little error margin. This degree is very dangerous and can only be overcome by experienced people or those who want to prove their masculinity in this way. “Seventh grade – you’re going to heaven.”

Batoka rafting – very difficult, long rapids, fast eddies, high water thresholds, large dips and differences in atmospheric pressure, sharply dropping several meters down with stones growing in the middle of the water route. Located below Victoria Falls, it was first climbed on a pontoon in March 1981. The base from where kayaking, rafting and riverboarding (Zambezi Embankment) starts is 4 km upriver from the falls on the Zimbabwe and Zambia side. Therefore, when booking accommodation in the Victoria Falls area, it is important that all booked attractions are on the same side to avoid additional visa costs. Day and half-day rafting are organized, and on special order – multi-day expeditions and various combinations of types of entertainment. Due to the favorable climatic conditions, rafting can be carried out all year round. The water level in the river is determined by the amount of precipitation and the season. Low water levels always occur from August to January. This is the time when the current of the Zambezi River is at its strongest. From February to July, the season is considered high, with a short break due to the rainy season in late April and May.

We would like to remind you that deaths sometimes occur on such a complex stock. It is reported that over 28 years of organizing a runoff here, 11 people died, but this is probably an underestimated figure. Before starting the descent, everyone signs a document stating that they are sailing on their own responsibility and are aware of the degree of risk. In total, the pontoon covers about 19 km, which takes 2.5 hours. The scenic views are a great addition to the runoff. The canyon flows, surrounded by basalt rocks, here and there strips of waterfalls are visible, around – tropical greenery. At least for these species, it is worth going on a rafting.