Last year Kostroma celebrated its 865th birthday on a grand scale. A small town located on both banks of the Volga has something to please its guests – whole neighborhoods with unique architectural monuments, cafes and bars with delicious cuisine, a cozy embankment and the unhurried life of a provincial town.

Kostroma is one of 8 Russian cities included in the tourist route of the Golden Ring of Russia. This is the birthplace of the Snow Maiden and the cradle of the Romanov dynasty. Anyone interested in the history of Russia will be interested in spending a weekend in this city. 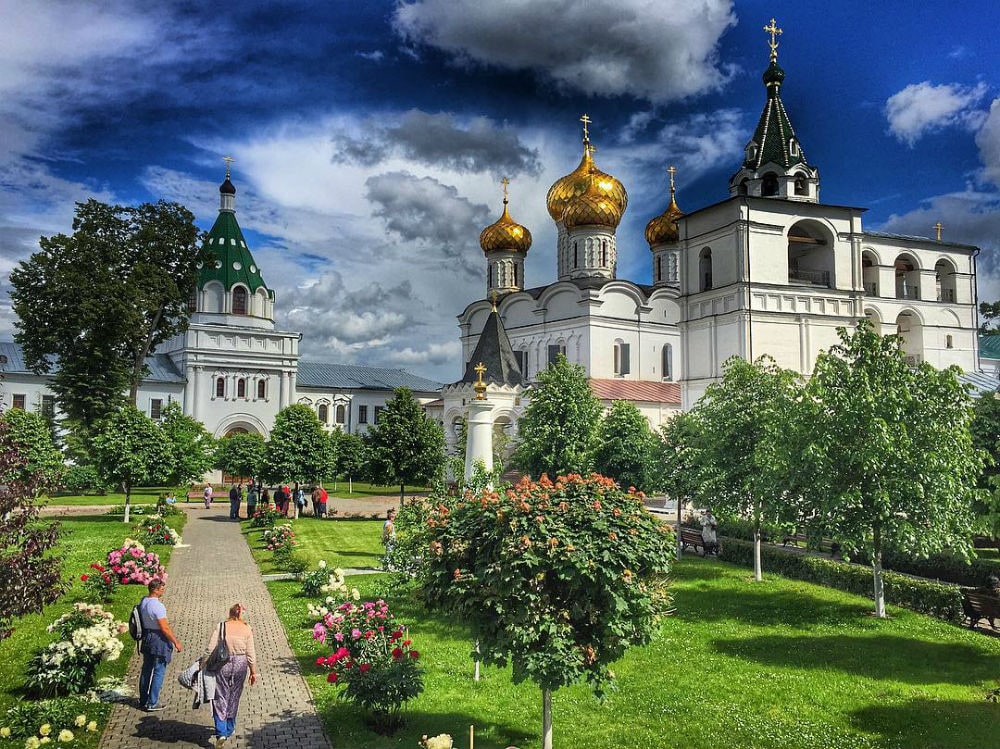 The Ipatiev Monastery is a landmark place for Russia. Here the history of the Romanov dynasty began, when in 1613 young Mikhail Fedorovich, hiding in a monastery from enemies, agreed to ascend the throne. Prior to this, the Poles tried to seize the contender for the throne, but, as the legend says, the peasant Ivan Susanin led the enemy detachment into the swamp, where he heroically died along with the invaders. Since then, the Russian tsars began to consider the monastery a family shrine.

In a functioning monastery, you can visit the museum and walk around the beautiful territory. Be sure to walk along the embankment, which begins right behind the monastery: here you can relax on the banks of the river and admire the views of the right-bank part of Kostroma. 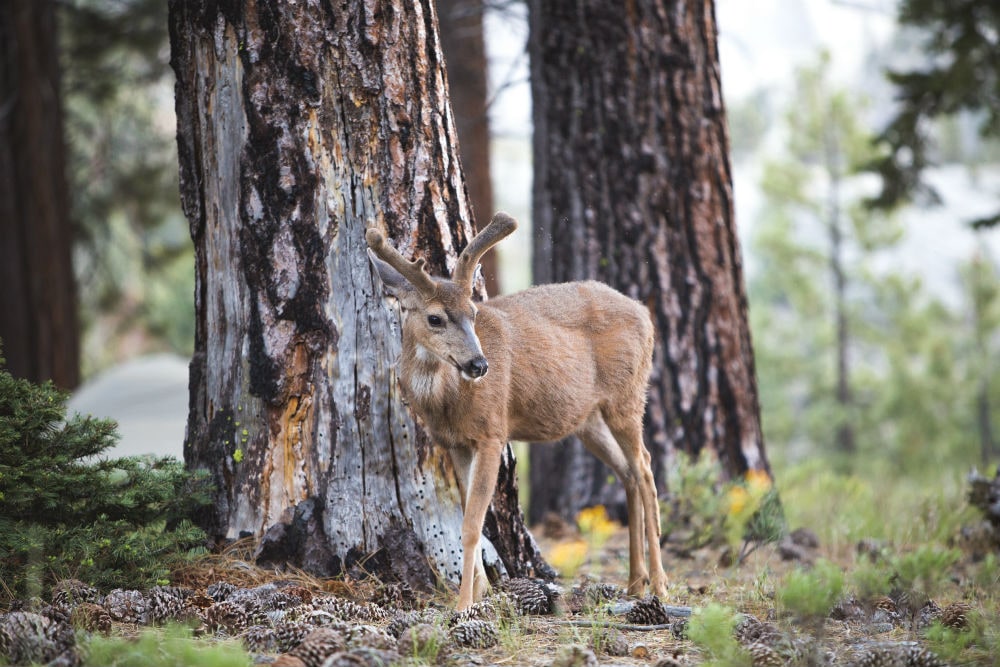 The only moose farm in Russia is located near Kostroma. It is a state nature reserve located on an area of ​​about 200 hectares. Elks have been domesticated here since 1963, while the freedom of animals is practically not limited – only pregnant moose cows and one-year-old animals spend some time in the pens, while everyone else lives in the forest and regularly come to the base for delicious food.

The moose farm is about 20 kilometers away in the direction of the village of Krasnoe-on-Volga. Distance stops few people – there are a huge number of visitors on holidays and weekends. Despite the great popularity of this place, everyone has the opportunity to feed the animals (food is given out when buying a tour), pet elk and watch their behavior in natural conditions.

Address: Krasnoselsky district, Sumarokovo, Kostroma region, 156005
Site: loseferma.ru
Cost of visit: 150 rubles
How to get there: by private car or taxi. A taxi ride will cost 250-350 rubles 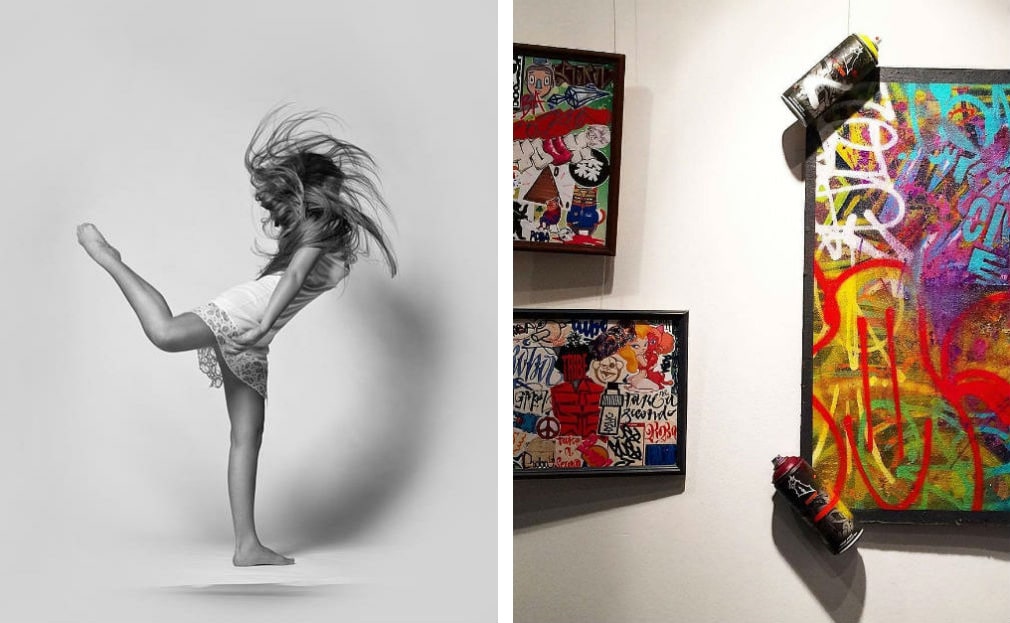 “Station” appeared in Kostroma in 2009 and has become a place of attraction for all lovers of contemporary art. It hosts performances of contemporary dance and theater, screenings of auteur films and cartoons, photo exhibitions and concerts, as well as the international festival of contemporary dance duets “Diversion”. The permanent resident of Stantsiya is the Dialogue Dance company, which is engaged in the development and popularization of modern dance not only in the city, but throughout Russia. In 2017, Dialogue Dance won the Golden Mask award for the third time. 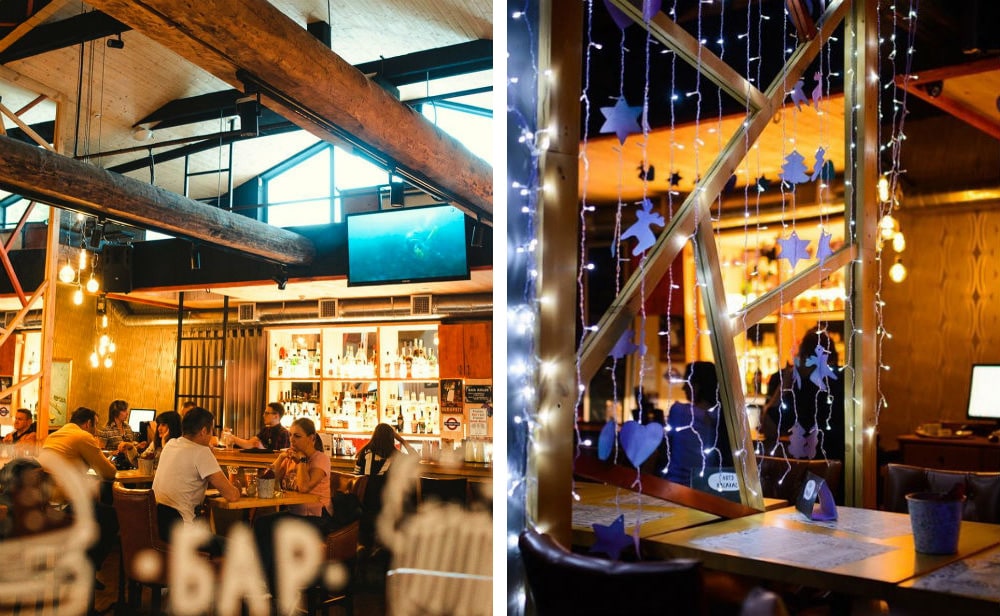 You can have a tasty meal and have fun in one of the popular Kostroma restaurants. It is located in an old mansion right in the center of the city. There is an excellent grill menu, delicious steaks and burgers, a large selection of “Kostroma” dishes: Kostroma rabbit steak, smoked Kostroma quail, Kostroma green cabbage soup. 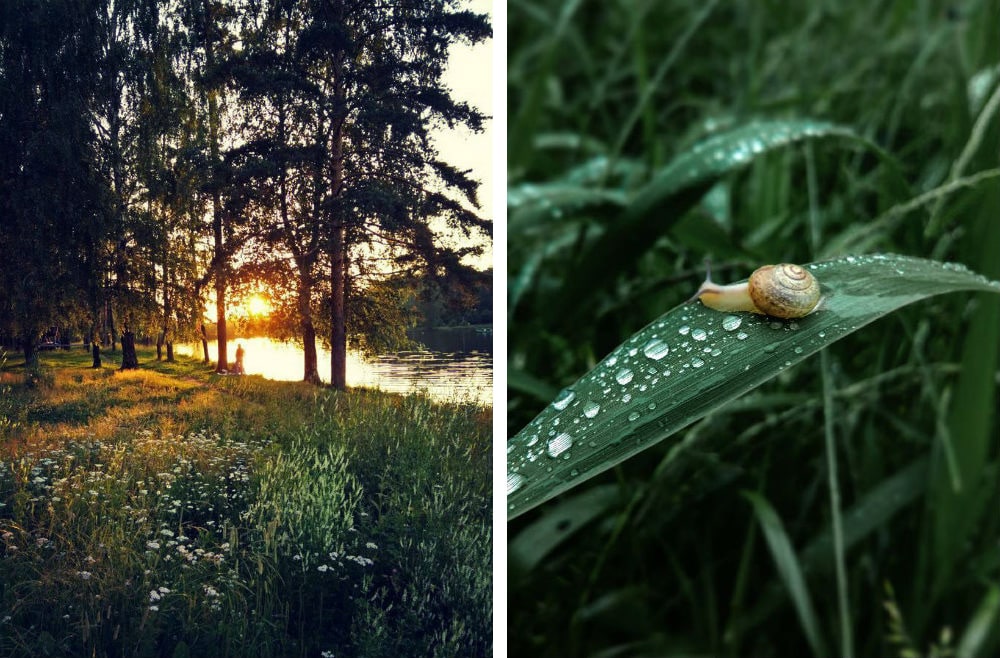 The park got its name by accident. Director Pavel Kadochnikov came to Shchelykovo to shoot his “Snow Maiden”. After the end of filming, the scenery for the film, which took place in the fairy kingdom of Berendey, was transported to the park. They have not survived, but the name “Berendeyevka” stuck. Now in “Berendeyevka” you can walk through the coniferous forest, ride a bike, swim, sunbathe and feed the ducks on the ponds, swim on a catamaran, go fishing, visit a cafe, an ice rink, a hippodrome and a wake park, as well as work out on outdoor exercise machines. 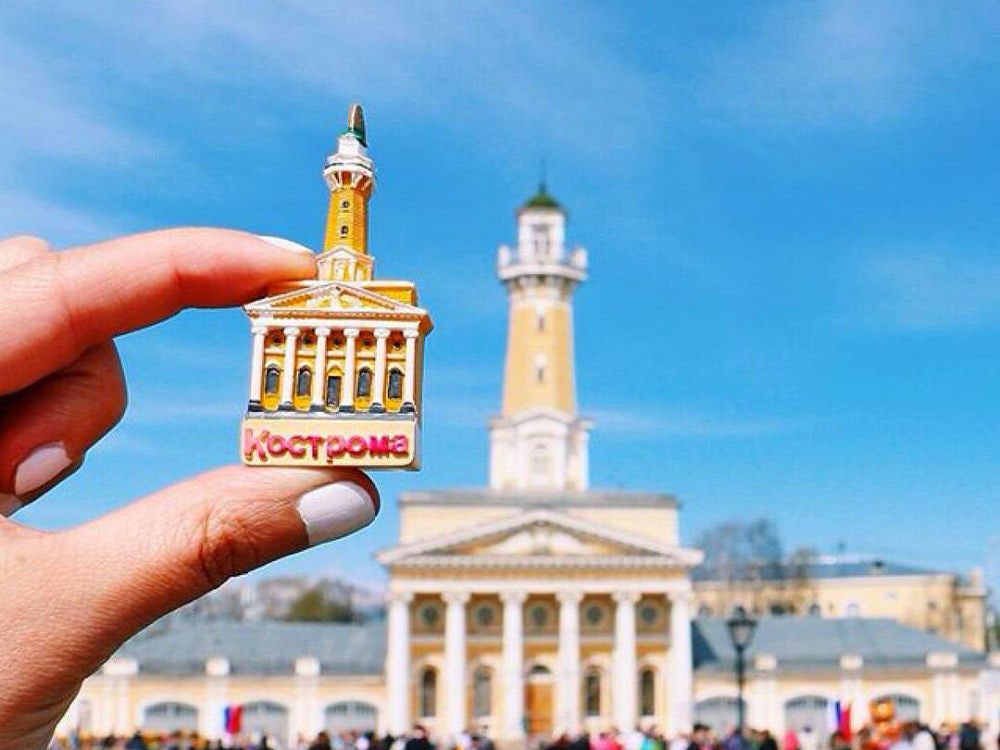 The central place of Kostroma, from which the streets and avenues radiate out like a fan, are called by the locals a “frying pan”. One of the streets connecting this patch with the Volga is called Molochnaya Gora. It is a kind of “handle”, and the round section of the square itself is the “capacity of a frying pan”. It is very hot on the patch in summer, which adds to the accuracy of the name. Next to the “frying pan” there is a 35-meter fire tower, a shopping arcade, a monument to the fire dog Bobka, who collects donations for the maintenance of homeless animals, monuments to Snow Maiden, Ivan Susanin and Yuri Dolgoruky, as well as the construction of the Kostroma Kremlin – the ensemble is now being actively restored after being destroyed by the Bolsheviks.

Where is: The central square of the city (Susaninskaya) 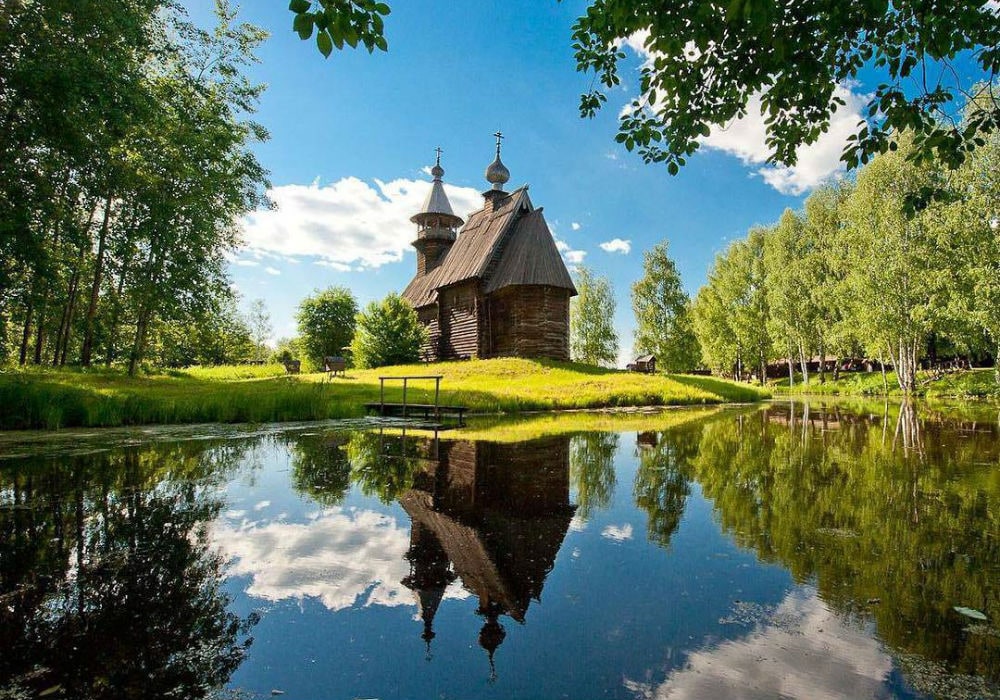 The open-air museum of wooden architecture is located next to the Ipatiev Monastery. Monuments of wooden architecture began to be brought here in the middle of the 20th century from Kostroma villages: old churches, authentic peasant houses, as well as barns, barns and mills. The museum regularly organizes folk festivals in the traditions of pre-revolutionary Kostroma, and holds folklore festivals. They also support and promote folk arts and crafts. 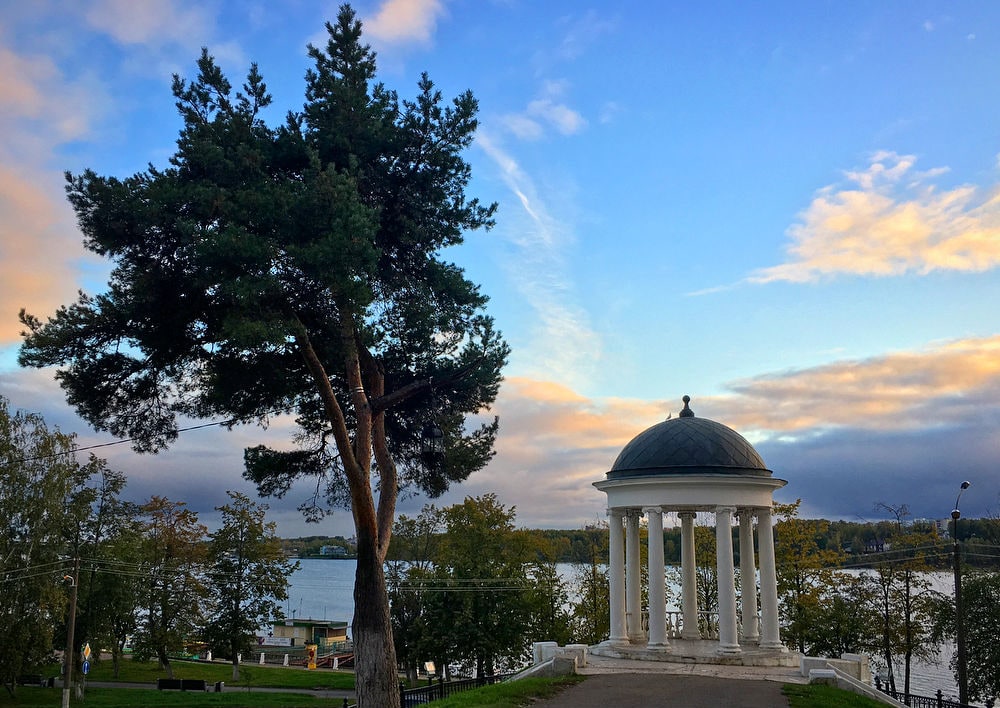 Ostrovsky’s pavilion is located on the Volga embankment in Kostroma. In summer, it is always crowded here: tourists and newlyweds are taking pictures, the townspeople are walking. It is known that the great playwright himself never visited the gazebo (it was built in 1956), but he often admired the Volga views, standing at this very place. Ostrovsky’s pavilion is also known for appearing in the film “Cruel Romance” – Eldar Ryazanov shot a picture based on the play by Alexander Ostrovsky “The Dowry” in Kostroma.
Location: on the embankment near the pier

10 years ago, a local restaurateur built an unusual museum in Kostroma. The place has become popular not only among tourists, but also among Kostroma residents. Here you can go on an interactive excursion, have fun and make some noise in the fabulous courtyard, meet Snegurochka, Cat Bayun, Domovikha and Domov.

There is a real ice room in Terem, which works even in 30-degree heat. They are allowed inside only after the guests put on special zipuns and felt boots. In the room you can look at the ice figures, as well as treat yourself to the bar: adults are poured mead into ice glasses, and children – snow cocktails. 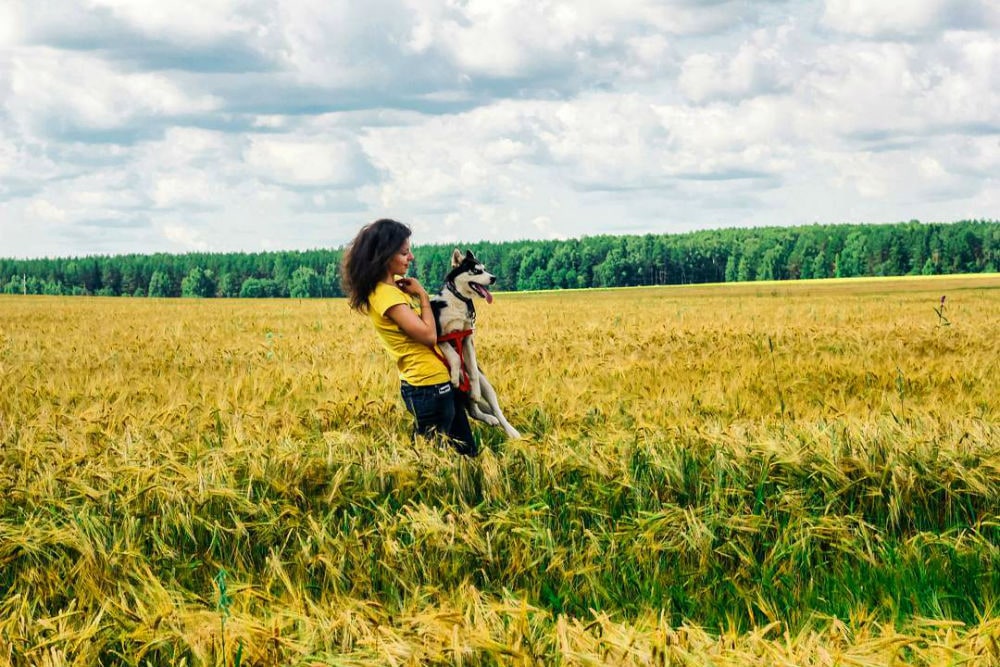 In 20 kilometers from Kostroma there is a husky breeding nursery “Ice dog”. Here you can play with huskies, ride dog sleds, snowmobiles and ATVs. Fans of extreme sports will be able to play paintball. Another husky kennel is located in the village of Simakovo, about 15 kilometers from Kostroma. In the tourist complex “Northern Lights Kostroma” you can also hug and play with puppies and adult dogs, ride dog sleds, become a member of an interactive program and even go on a hike with sled dogs with an overnight stay in the tents.

How to get there: Simakovo village – taxi or personal transport.
Oblomikhino village – taxi, private transport or regular bus Kostroma – Nerekhta (about 200 meters to the nursery from the stop). The cost of a taxi ride is 250-300 rubles.

* Prices for travel and accommodation are indicated at the time of writing. The cost indicated in the material and the final price may differ depending on the season and the time during which tickets are purchased.