There is the largest number of active volcanoes here! Great monuments of ancient civilizations that have survived to this day, and two great oceans – the Indian and the Pacific. This is a unique country Indonesia. Experienced traveler Oleg, with eight years of travel experience, shares his independent journey through Indonesia to the island of Java.

– Hello everyone! My name is Oleg. I have been traveling for the 8th year. Direction – Southeast Asia. He visited almost all countries in this region: Thailand, Laos, Cambodia, Vietnam, Hong Kong, Myanmar, Malaysia, Indonesia, Singapore, Philippines. Outside the region, he visited Ethiopia and North Korea. In Russia: on Baikal, Kamchatka and the Far East. In addition to travel, I am engaged in laying and drawing up routes, tracking, and information support. I am developing new projects on the topic of author’s training tours to teach the skills of independent travel in practice.

In general, I do not have enough space and time to tell about all the features and uniqueness of this country! I deliberately missed the island of Bali, because it is such a “tourist hostel” that has nothing to do with real Indonesia. 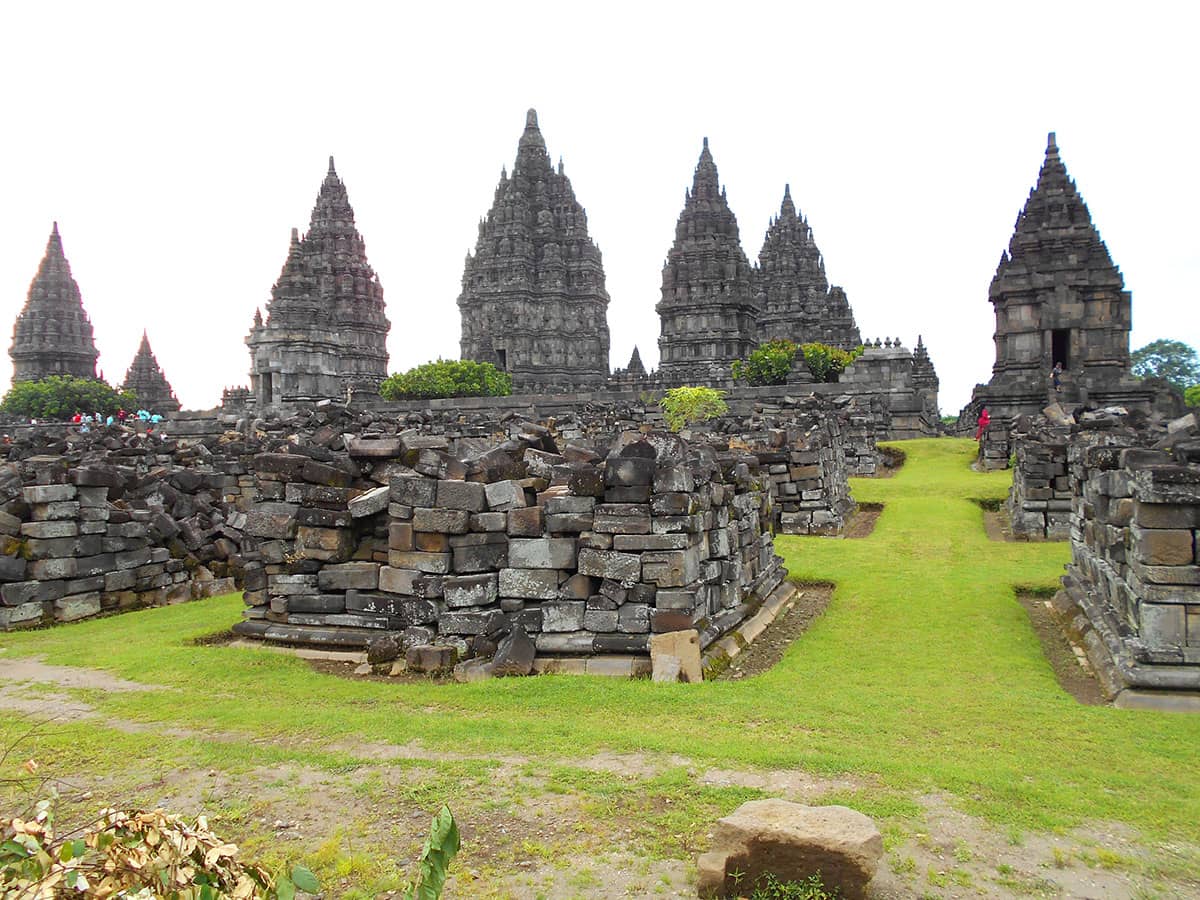 – Oleg, how many days did your route in Indonesia take?

– The route was not very difficult (by the way, I inserted it into my “Javan tour”) and long, since he was part of a trip to 4 countries (Thailand-Myanmar-Malaysia and Indonesia).

It took me 10 days to get to know the capital of the country – Jakarta, fly across Java to the cultural capital of Jogja (Yogyakarta), visit the famous temples of Borobudur and Prambanan, climb Mount Merapi, and go down to Jomblang Cave.

– How to get to Indonesia on a budget (from Moscow)?

– Well, budget travel, the best way is to take a flight to Jakarta. There are no direct flights. I usually fly on Arab airlines with connections in the Emirates or the Bahrain airline Gulf Air. The price is about $ 450.

– What to see in Jakarta?

– There is a misconception that there is nothing to watch in Jakarta. And that it should be used only as a transit springboard. This is not entirely true. Even, not at all. Two days will be enough for you to: see Batavia Square and the old port on the shores of the Java Sea, Chinatown and the Istiklal Mosque, art lanes and huge bazaars, a national park with the Independence Monument, and many museums and parks. And shopping in the capital will exceed all your expectations – I have not seen such low prices anywhere in Southeast Asia.

– What do you remember about Java?

– To tell the truth, I went to Java, only because of one thing – the Borobudur temple! It was only later that I was greatly impressed by the ascent to the Merapi volcano and the Jomblang cave. I remember the two-storey market in Yogyakarta, saturated with the pungent smell of spices, where there was not a single tourist except me, and where I bought local tea to the eyeballs (100 packs).
The Javanese themselves are kind and helpful people (I’m not talking about tourist places where beggars and gopniks breed, as in all of Asia), always ready to help.

– Have you met the sunrise at the Borobudur temple? Tell us about this magnificent place.

– Unfortunately, I was in Java in winter, and the weather did not allow me to meet the dawn (cloudy), but the temple itself impressed me! This is a place of POWER, and not only spiritual. One feels a surge of something similar to cheerfulness throughout the body. I have experienced this only in Cambodian Angkor! In short, it is impossible to describe it – you better watch my videos in VK, everything is detailed and clear there. 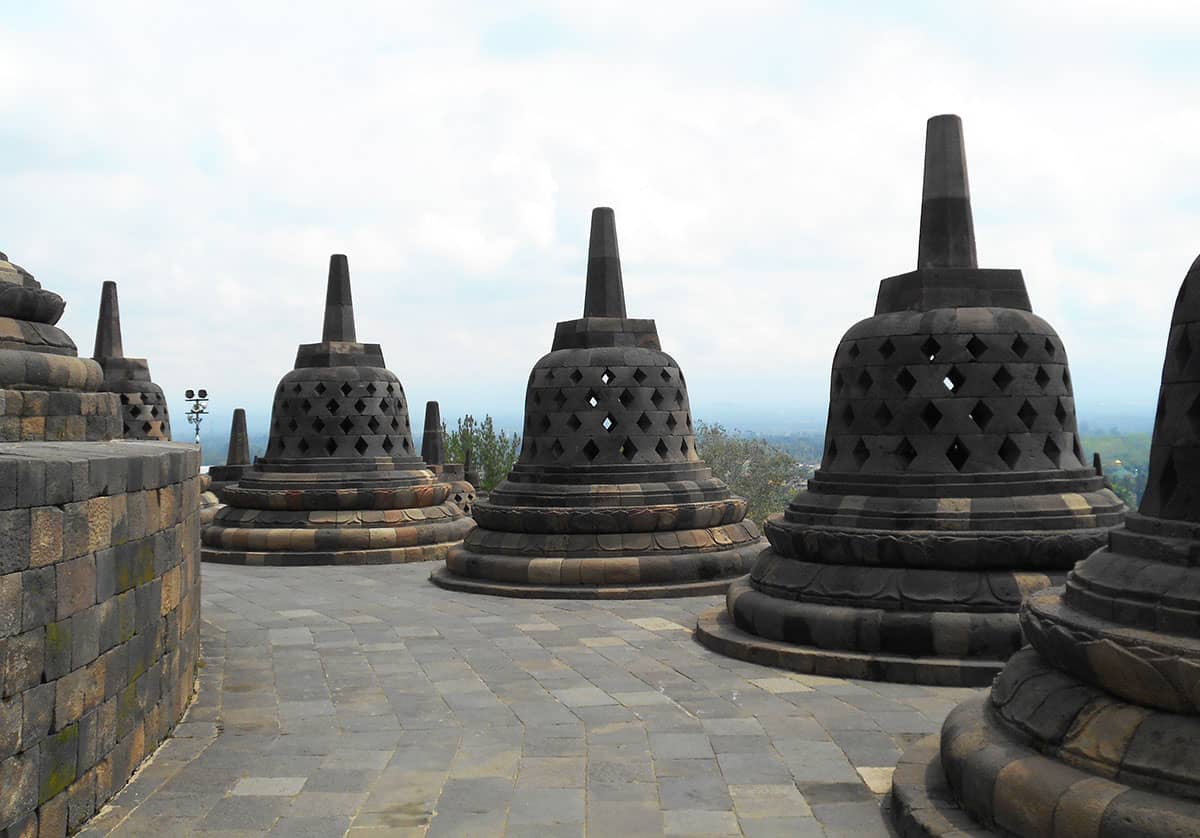 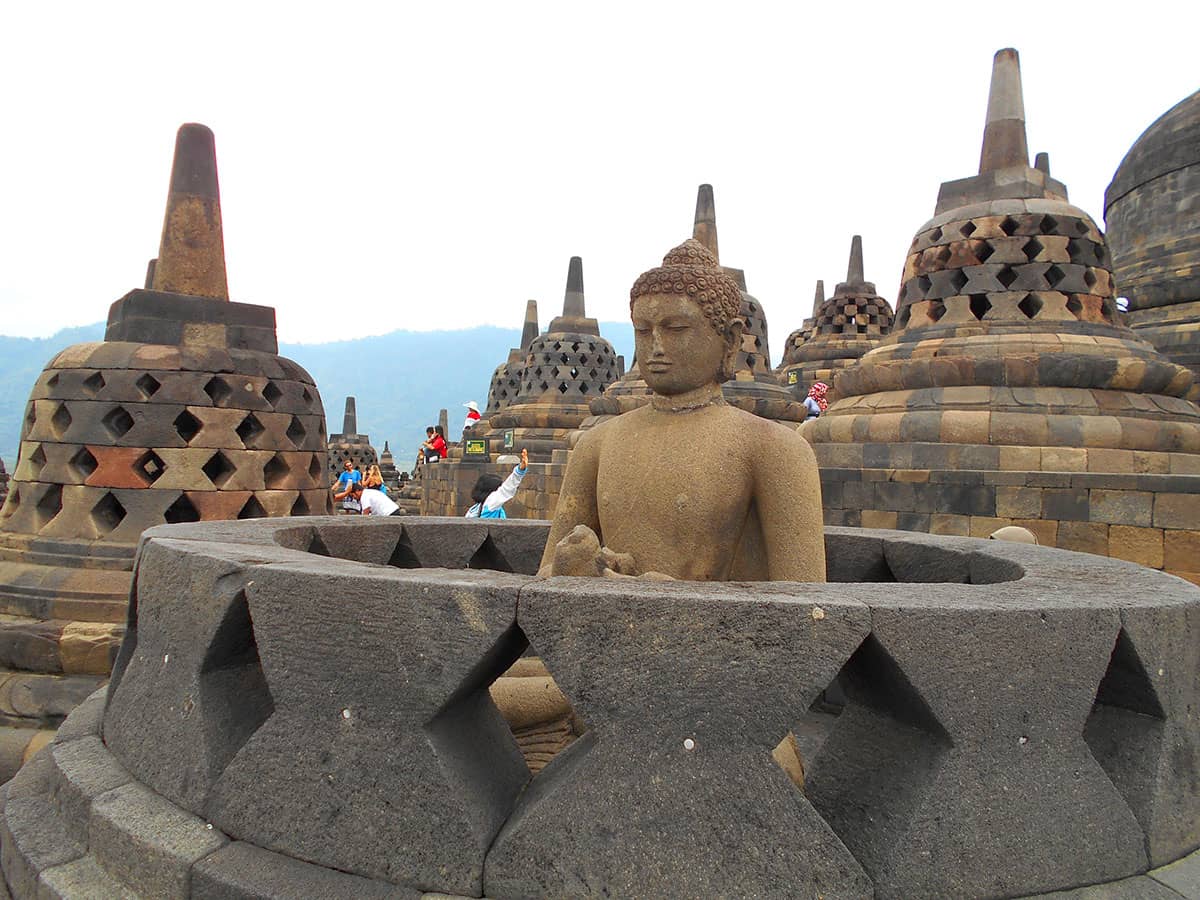 – What is special about Jomblang Cave?

– Well, there are many features. These are vertical caves, and you can go down there only with a belay. Depth 60 meters. Having passed underground at this depth, you come out to another “well”, and here the most important miracle of this cave awaits you – a huge column of sunlight that falls from a great height into a dark well. An unforgettable sight!

– Oleg, tell us about the ascent to the active Volcano Merapi.

– The volcano is located 20 kilometers from Yogyakarta. There are several climbing routes and it is best to have a walking navigator if you intend to climb on your own.

I climbed from the blind side of the Selo settlement. The ascent to the Merapi volcano began at one in the morning in order to meet the sunrise at the crater. But our hopes (mine and two other Singaporeans) were blown away by a cloud of sulfur gases, the wind changed, and we had to “quickly” leave. 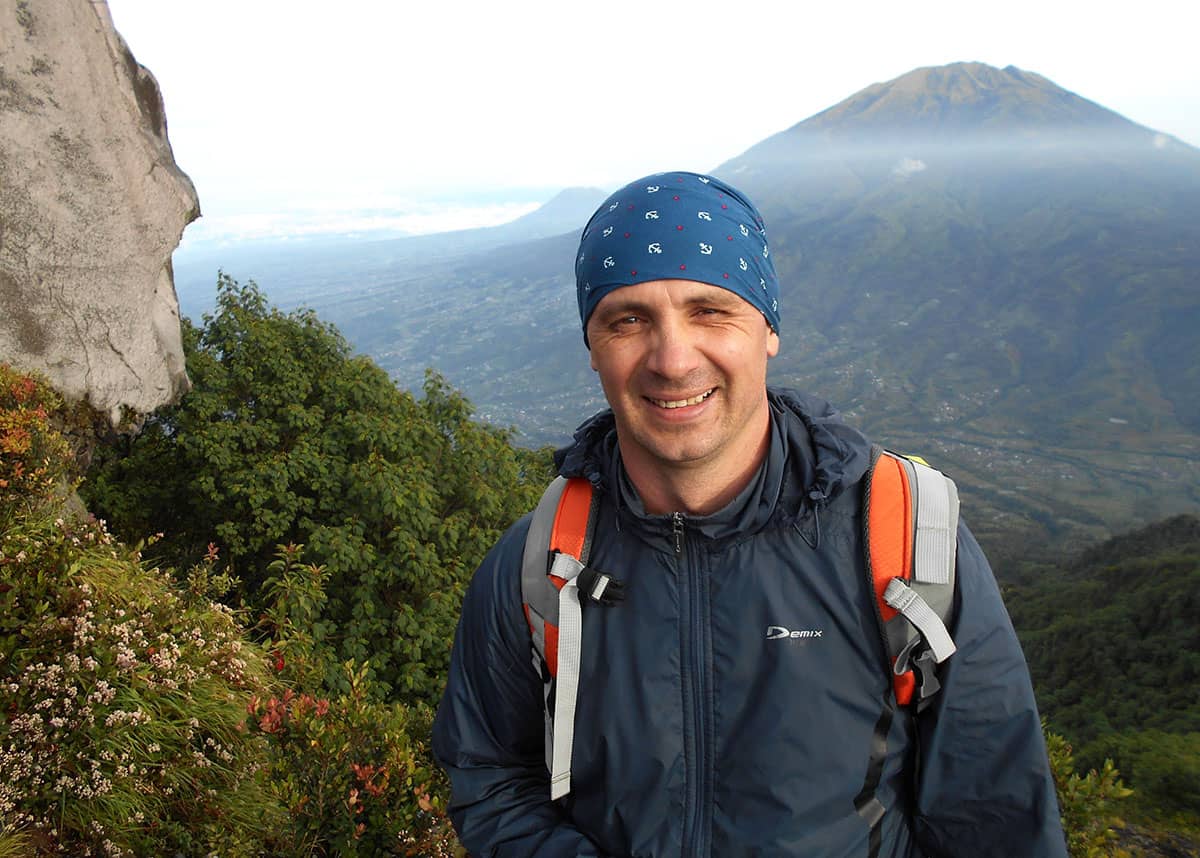 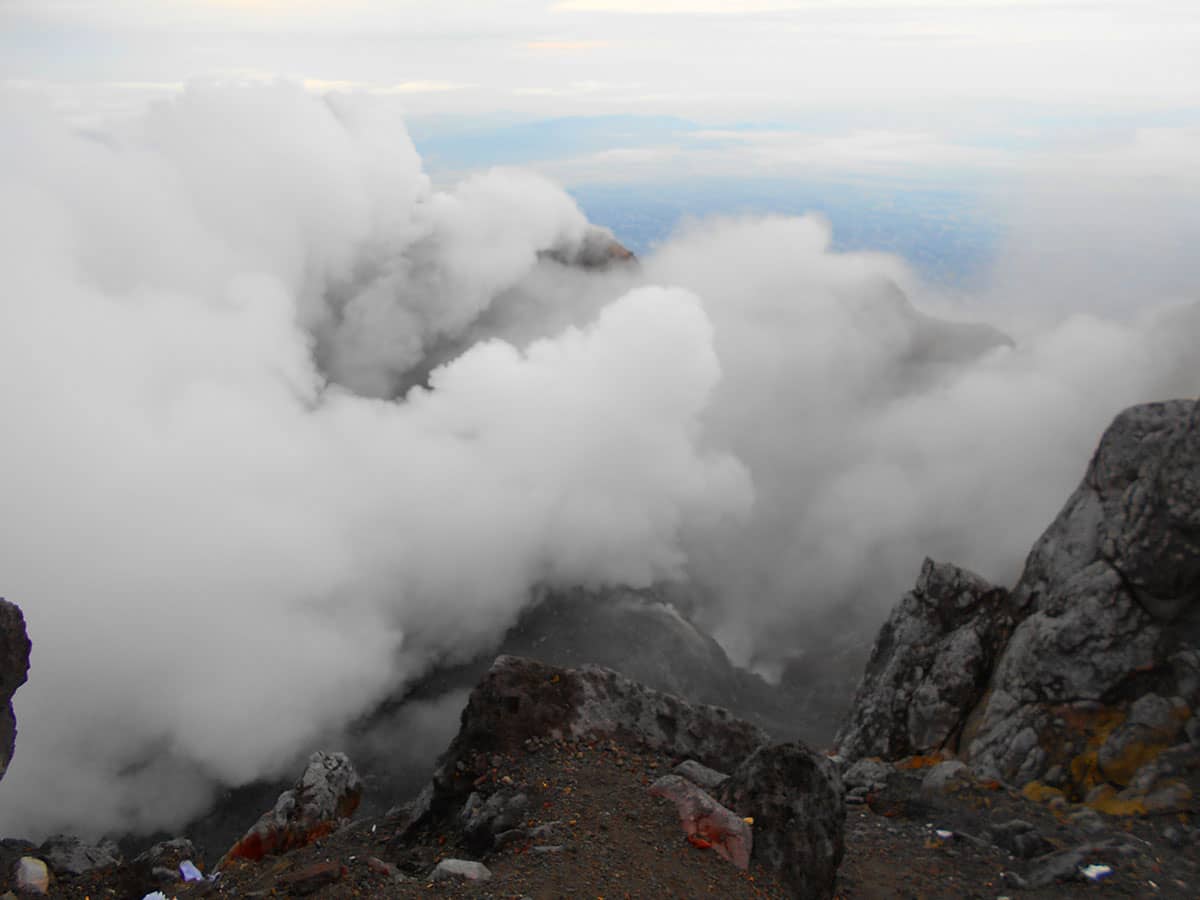 The ascent lasted 4.5 hours and met all expectations – the views from the volcano are mesmerizing! Descended 3.5 hours. This track impressed me so much that I quit nicotine and have not smoked for 3 years. I have all the videos in my VK and U-tube channel. 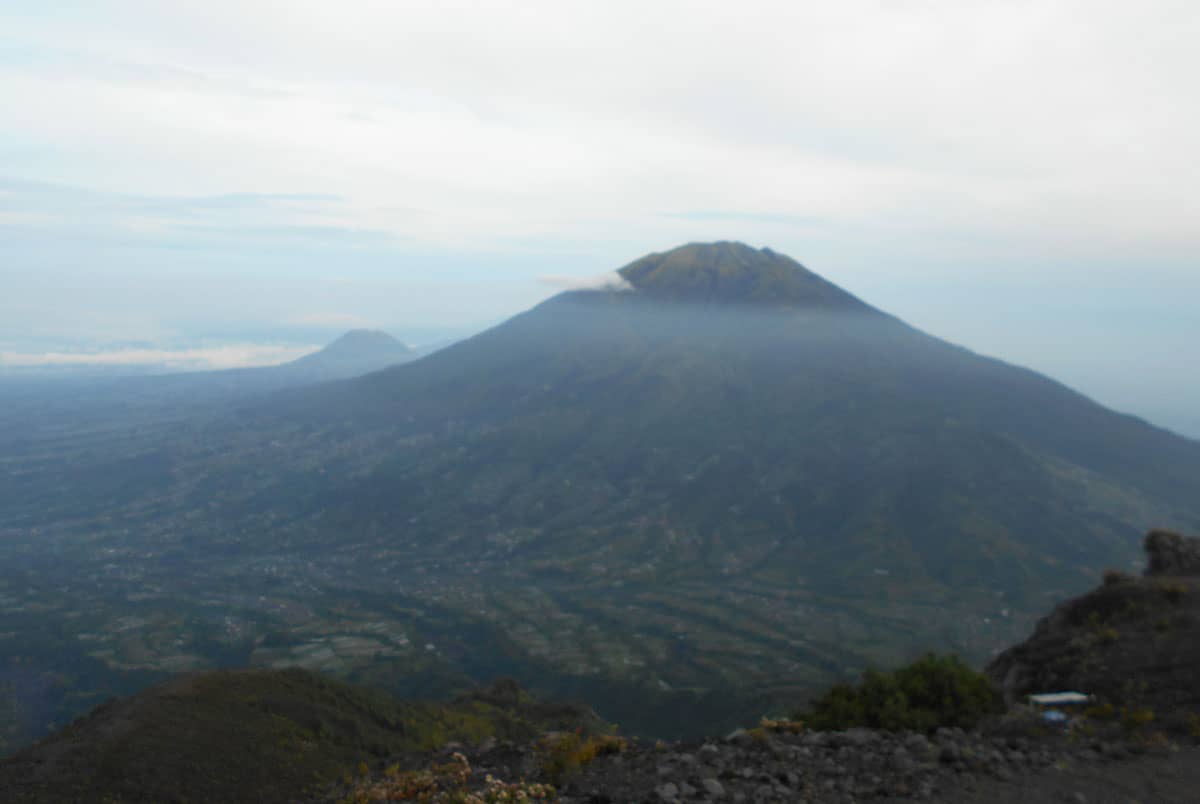 – Tell us about the amazing Prambanan temple complex.

– Prambanan temples can be reached by train or public transport – 18 kilometers from the center. I was struck, as in Borobudur, by the very fine stone carving and architecture of the buildings! It is difficult to tell something concretely, you have to see it with your own eyes. 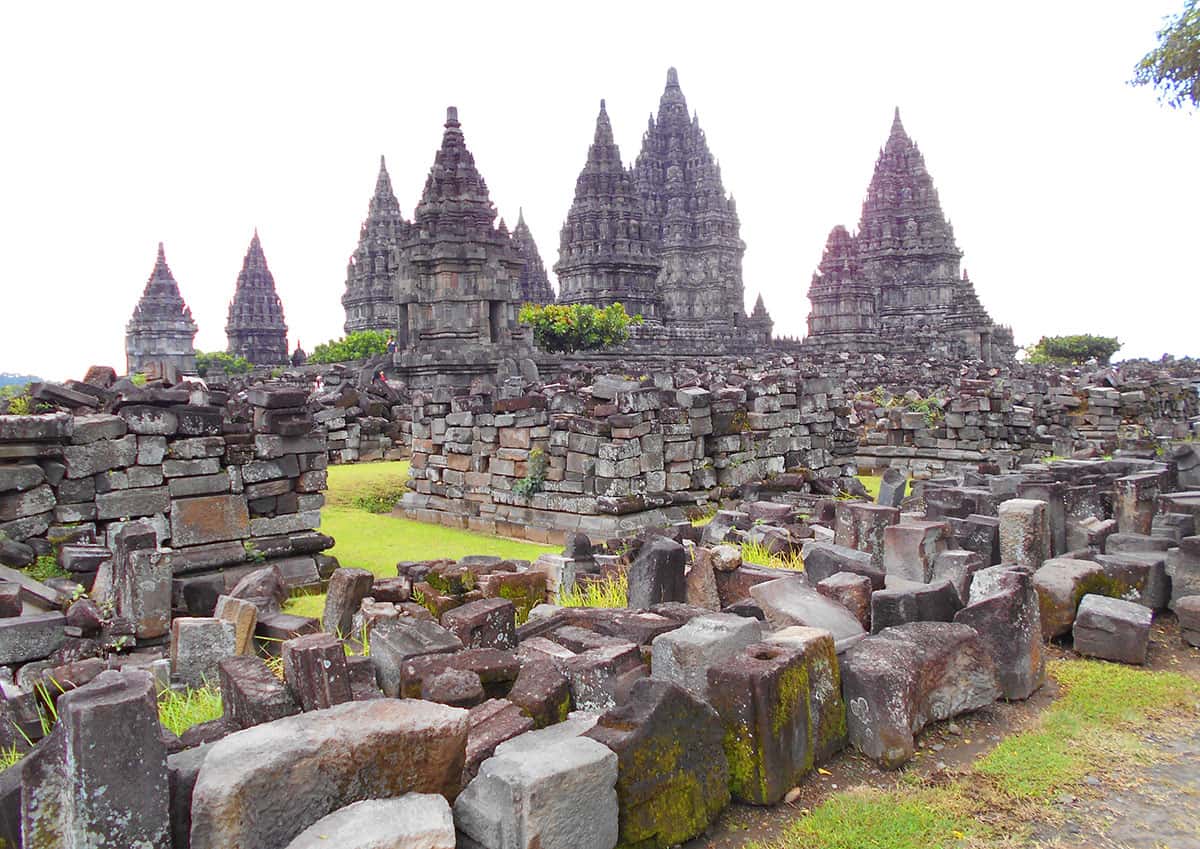 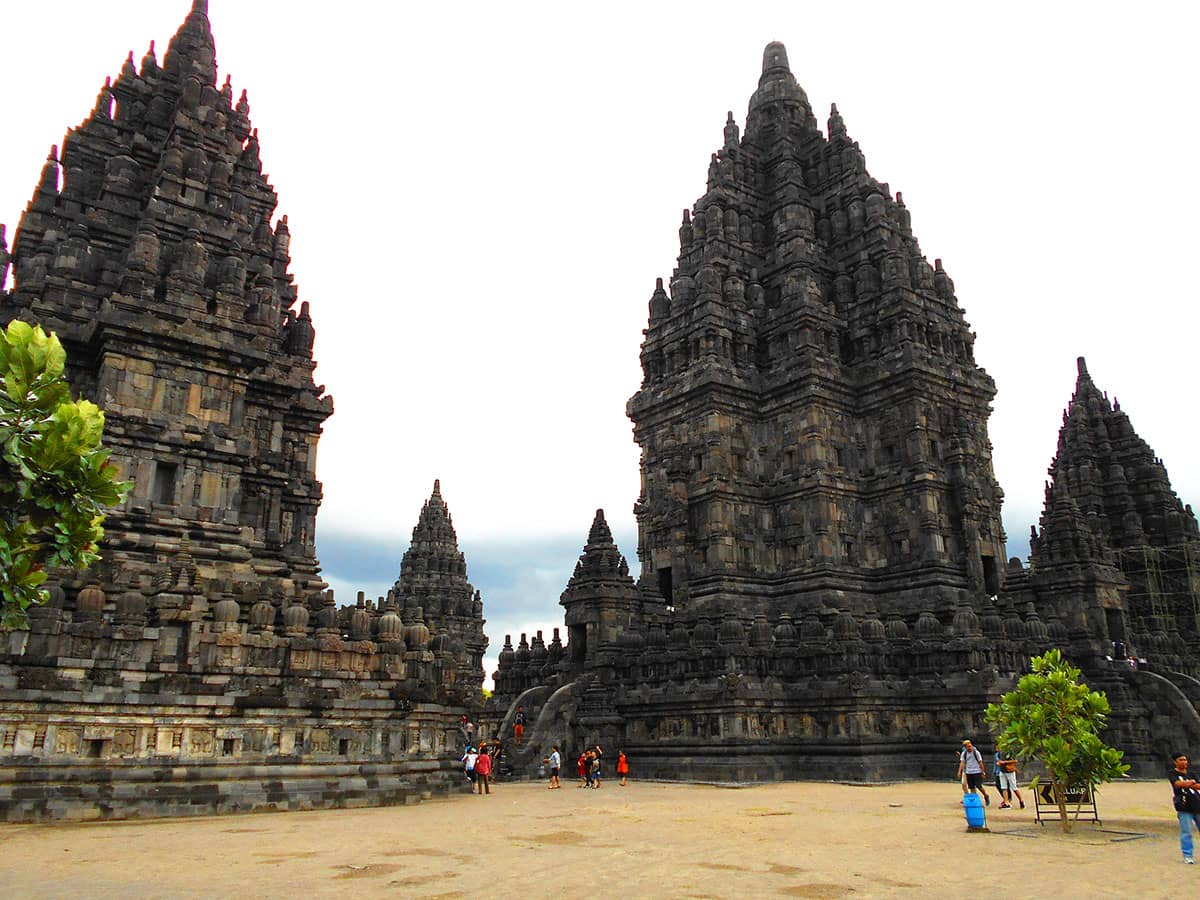 – Indonesians – what are they?)

– The Javanese themselves are kind and helpful people who are always ready to help (I’m not talking about tourist places where, as in all of Asia, beggars and gopniks breed). They are more “educated and decent” or something. It seems to me that religion, Islam, plays an important role here. And they don’t drink alcohol! I saw the first country where even beer is not on sale! 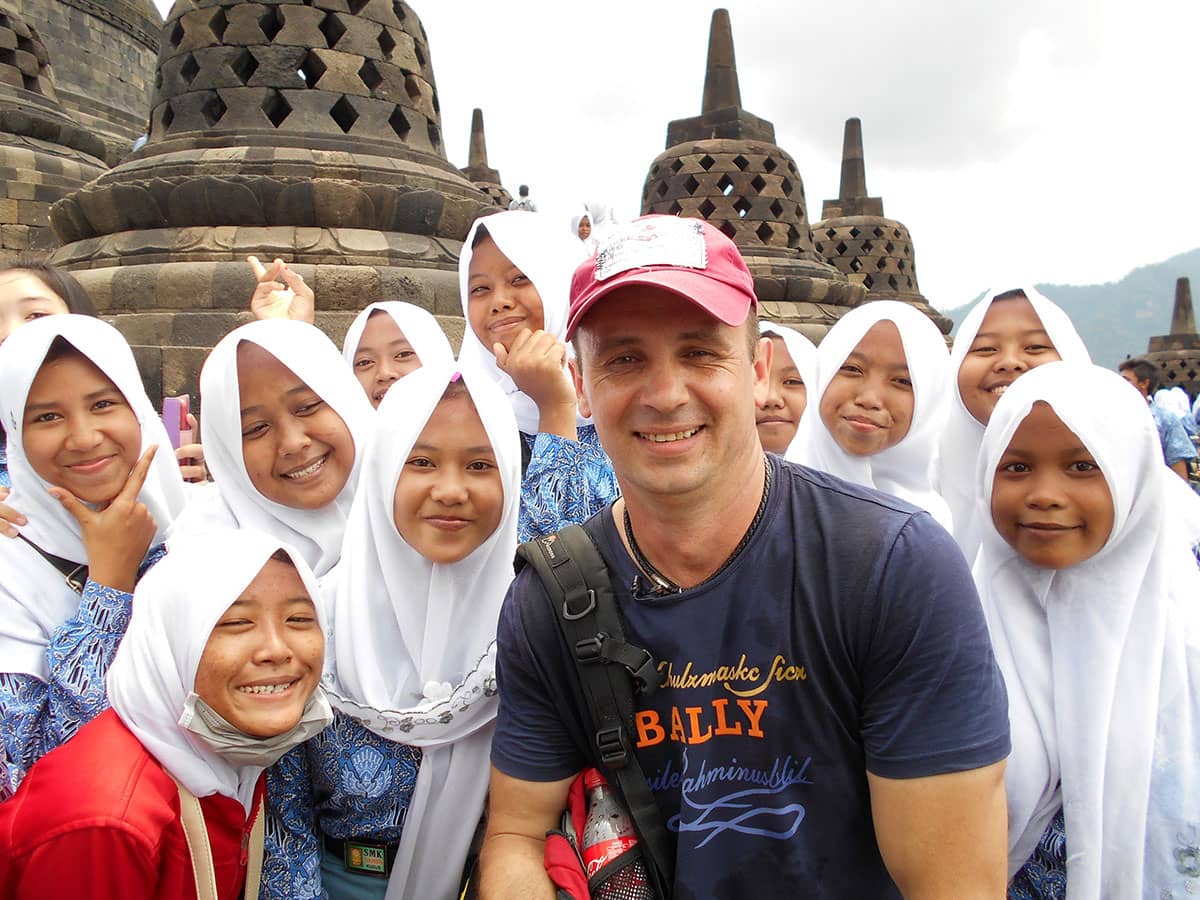 – How much does it cost to travel around Indonesia on the Jakarta-Yogyakarta route?

– I will give you a budget calculation for my “Java Tour”.

The cost of the route in Indonesia per person: 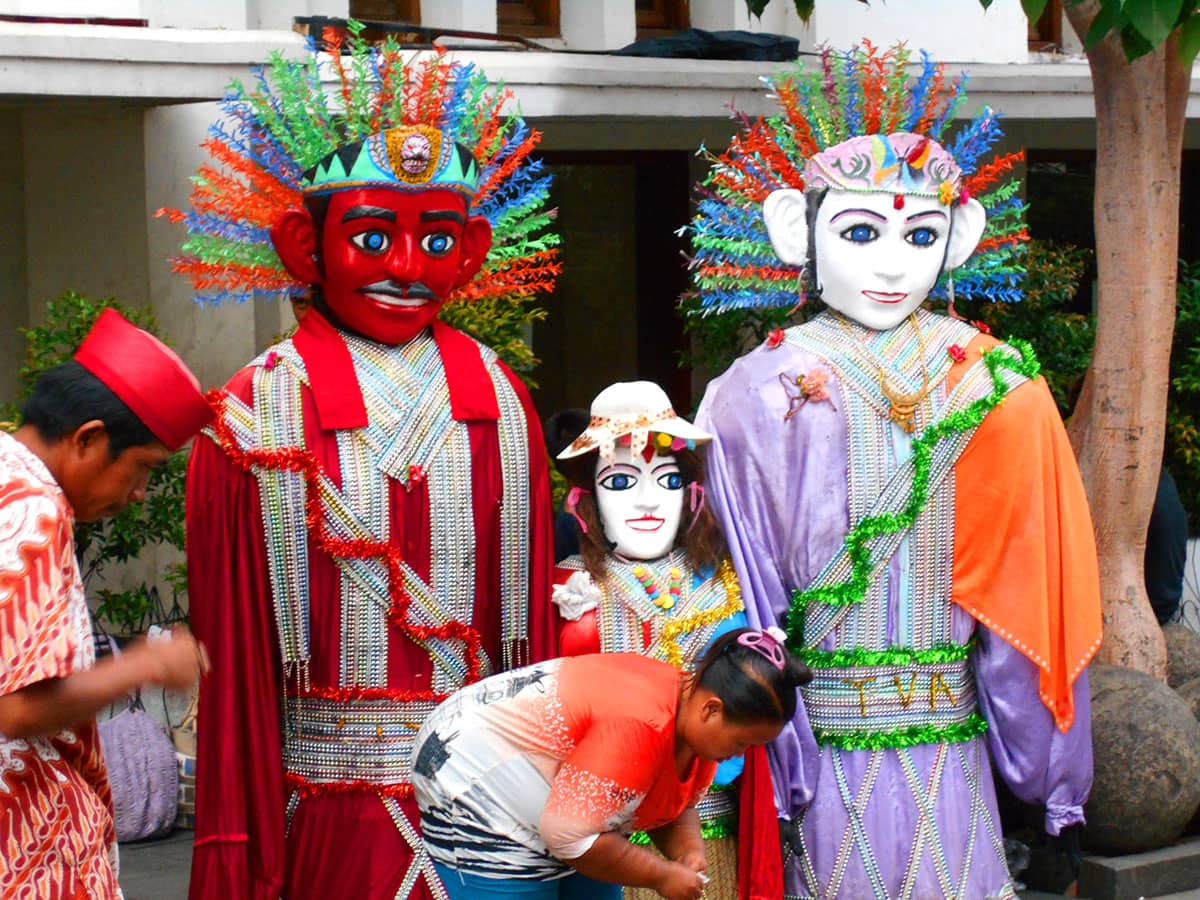 – Oleg, your wishes for tourists going on a trip to Indonesia)