Cyprus is a small island included in the list of the oldest wine-producing regions in the world. Tourists who have visited such famous resorts of the island as Larnaca, Paphos, Ayia Napa, be sure to try local wines, not forgetting to take with them a bottle of the nectar of the gods as a gastronomic souvenir. About 150 grape varieties are grown in Cyprus. The development of winemaking is facilitated by a favorable climate and fertile soil, consisting of rocks of volcanic origin. Wine in Cyprus is the most famous treat that can be successfully combined with fruits, cheese and meat dishes. Numerous wineries are engaged in the production of the drink, which produce a wonderful aromatic drink that meets European standards. 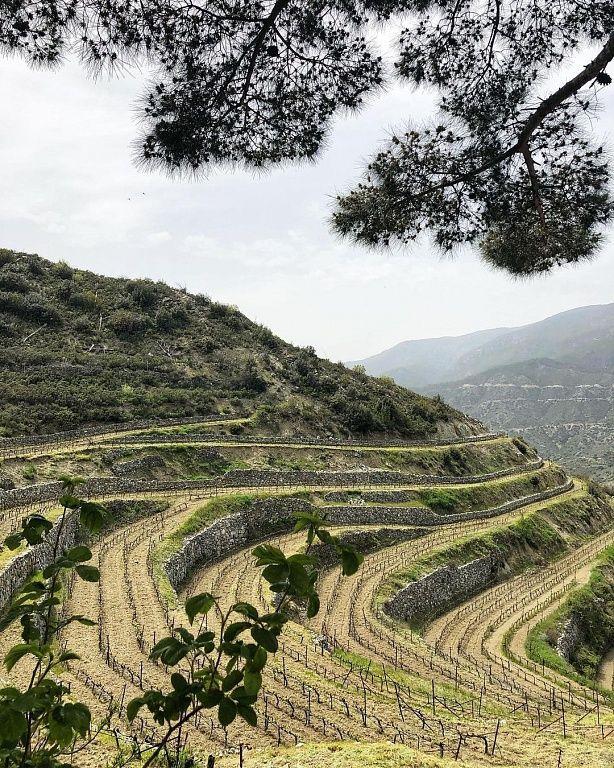 The history of wine making in Cyprus

Earthenware jugs for wine storage found in the residential settlement of Erimi near the city of Limassol, dating back to 3500-3000, are evidence of the ancient origins of winemaking on the island. BC.

Two types of grapes were grown in Cyprus: Mavro and Xynisteri. Other varieties were cultivated later. The original Cypriot grape variety was used to make the traditional Commandaria. This is a sweet dessert drink, which was mentioned in his writings by the ancient Greek playwright Euripides.

Until the beginning of the 12th century, wine was called Nama. The name change is associated with the arrival of the Crusaders, who received the Kolossi castle and the adjacent lands at their disposal. The local wine produced in this wine-growing region came to be called Commandaria.

Since the 13th century, Cyprus has become an exporter of noble drinks. In 1213, the French king Philip Augustine, listing the best wines at the first wine-making competition, mentions the Cypriot Commandaria.

After the capture of Cyprus by the Ottoman Turks in 1571, alcohol production ceased on the island, as production taxes were greatly increased. The production of Commandaria wine, which was used in the process of religious rituals, survived in the country.

At the end of the 19th century, the island was owned by the British, who removed taxes from winemakers, but it was not possible to revive the ancient craft in Cyprus in a short time. In 1844, the ETKO plant was founded, then the large companies KEO, LOEL and SODAP, thanks to which the noble drink began to be produced on an industrial scale. 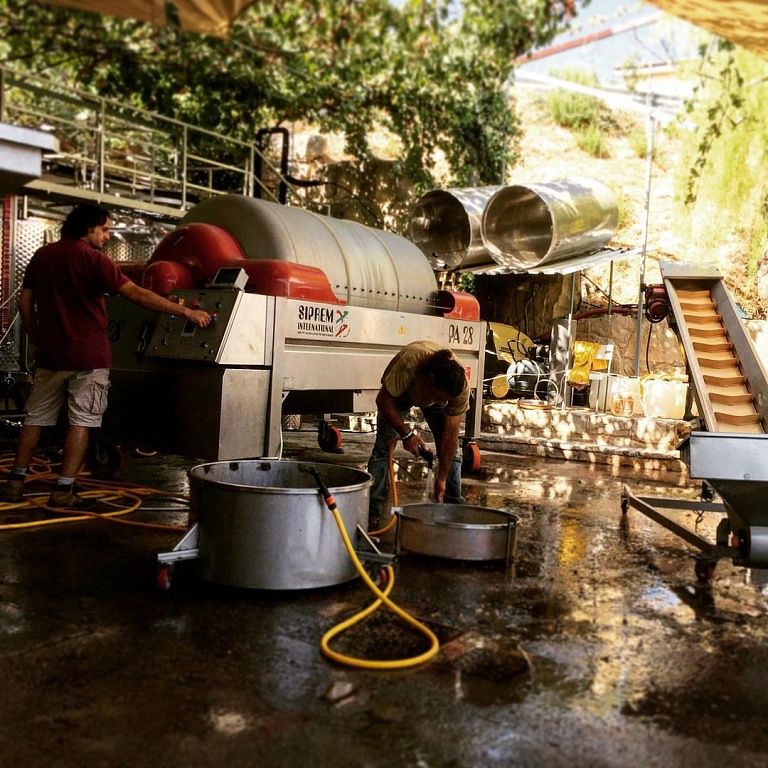 Today, there are small family-owned companies (wine-making villages) on the island, which, in addition to production activities, are also tourist sites. Tourists can visit the vineyard, see the harvest, and also get acquainted with the production process. The famous wineries include Ayia Mavri, located 40 km from Limassol. Here grows grapes with a mild flavor (Alexandrian Muscat), from which Muscat wines are made.

An important winery of the island is also Chakas near the village of Pelendri in the Pitisilia wine region. It produces luxury wines, the specific taste of which cannot be confused with other drinks.

Cypriot wineries also make a drink from pressed grapes (zivan), the strength of which reaches up to 47 degrees. Zivana is produced in the Kykkos monastery in the Troodos mountains. Cinnamon is sometimes added to grape vodka, or mixed with brandy for a more pronounced taste.

Tourists are often interested in how much wine produced on the island of Cyprus costs. The cost depends on the years of aging. The grape varieties are almost the same and prices start at 3 euros for a 0.7 liter bottle. The famous Commandaria wine 0.75 l in a gift box costs about 11 euros, and the 1984 Commandaria wine costs about 70 – 80 euros. 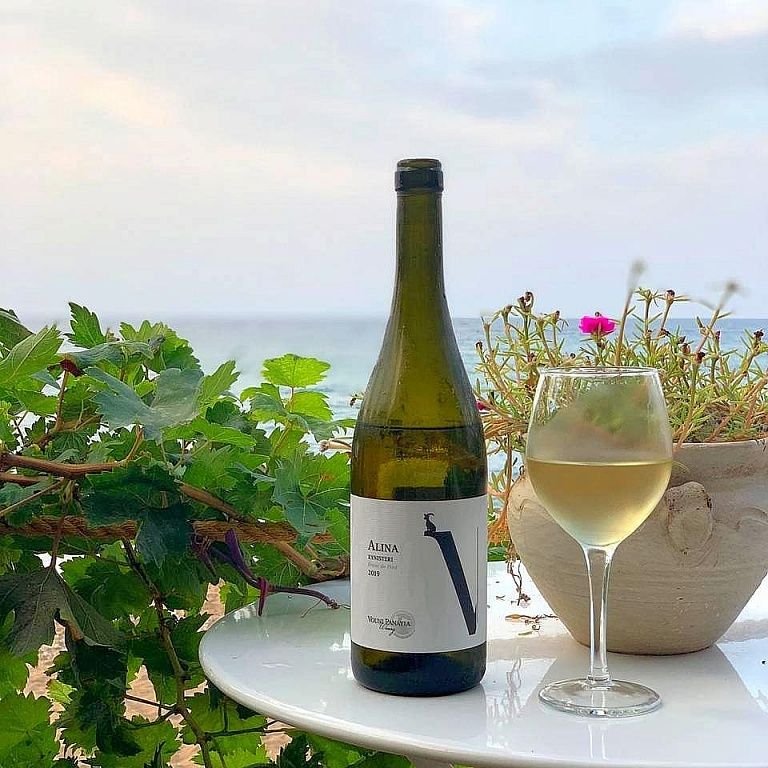 For the first time, a celebration in support of winemaking was held in 1961. The holiday is a service in honor of the Greek gods who patronize winemaking, love and beauty. The festival in national flavor lasts 10 days, accompanied by folk dances, songs, free tasting.

You can get acquainted with the history of local winemaking in the Cyprus Museum, located in the village of Erimi near the city of Limassol. The museum has been operating since 2000. It is located near the Kolossi Crusader castle.

The exhibits include ancient wine vessels and collections of local drinks, tasting of which is included in the museum ticket price. Tourists can buy different brands at the museum shop. Tours are organized in Greek or English. The museum periodically organizes classical music concerts and trips to local winemaking. 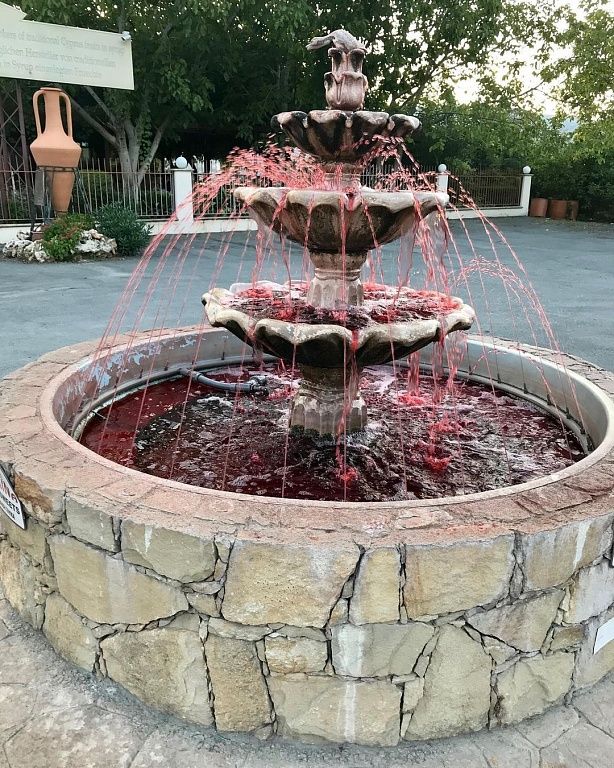 1. Canteens with a strength not higher than 12 degrees.

2. Local, with 85% of the grapes grown in the island’s vineyards.

3. Elite with carefully selected content. They are made from vineyards aged 5 years or more. 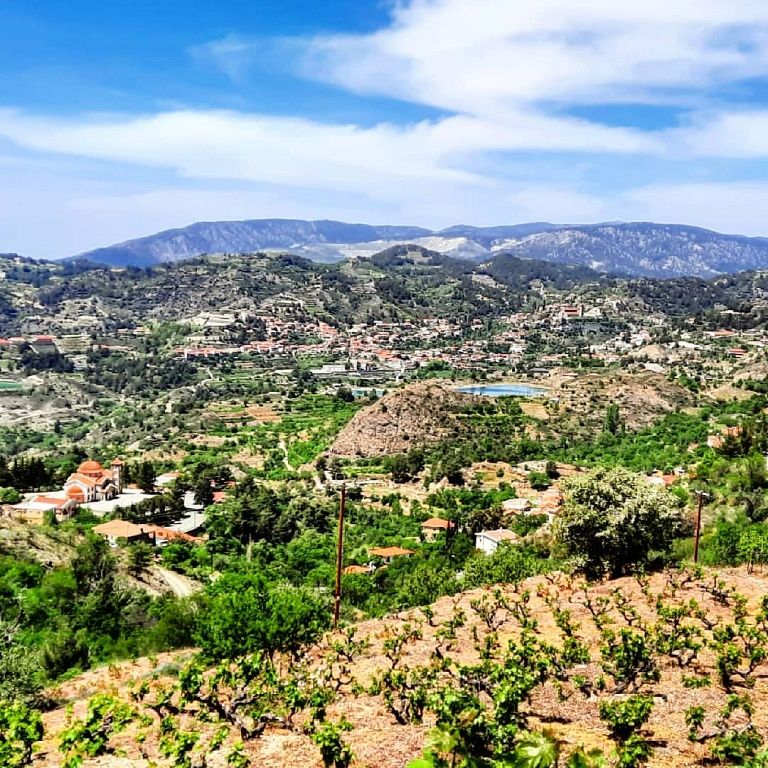 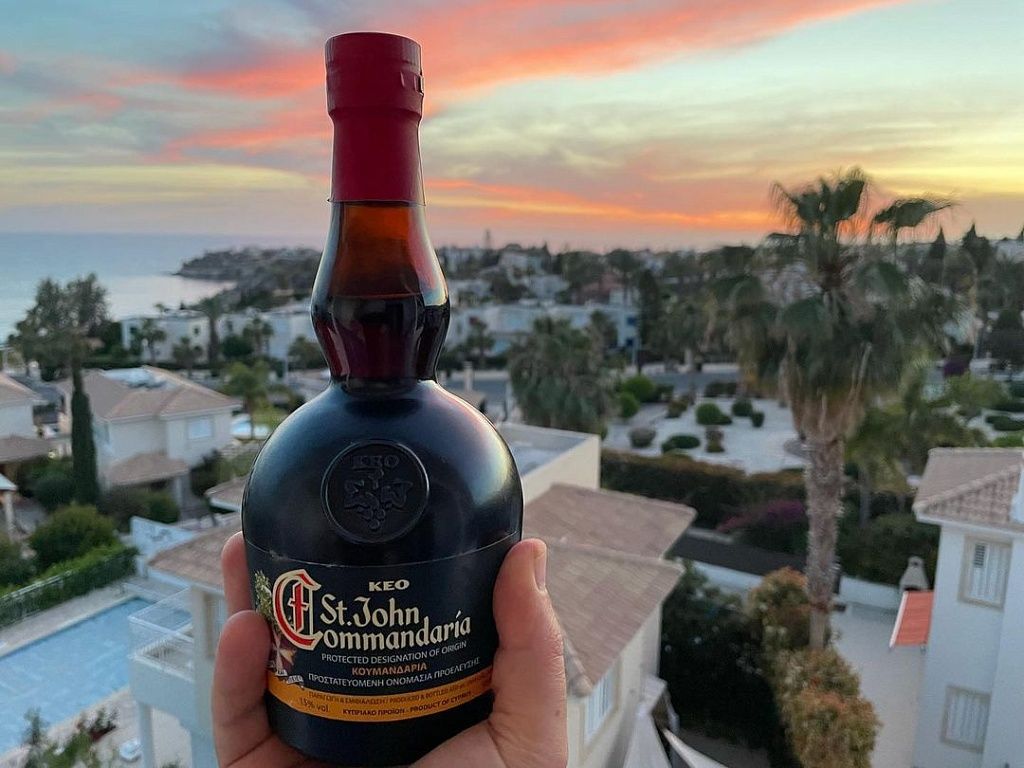 Skinless grapes are used in the production, which determines the color of the drink. White wines are advised to be combined with fish dishes. Meat, cheeses and sausages can be combined with a semi-sweet drink. Popular brands include:

2. Petritis. Dry with a light amber hue and a fruity vanilla aroma, aged over 6 years.

3. Xynisteri. In 2017, at the 10th Cyprus Championship, he was recognized as the best among other white varieties.

4. Basilicon. Dry with a fruity taste, goes well with seafood.

5. Sherry Fino. Strength over 18 degrees, with a complex aroma.

Red wines are made from grape varieties Mavro, Carignan, Maratheftiko. They have a rich tart taste and pleasant aroma. Both aged and young drinks are appreciated.

1. Commandaria. The fortress is on average 15 degrees, in terms of density and saturation it resembles port wine. The aroma contains nutty-raisin notes, and the taste contains tones of ripe fruits. Aging – 2 or more years in oak barrels, color from dark amber to brown.

3. Othello. Made from the Mavro variety. It has a fruity and berry mild taste, strength of 12 degrees. Served with meat and game.

Linos winery launched the first batch of turquoise Mediterranean Blu from the Xynisteri grape variety in 2020.

For the first time in the world, blue wine was made by the Spanish company Gik. To obtain an exclusive color, the winemakers of the company used indigotine dye. A more successful attempt was a blue wine created by French entrepreneurs called Vindigo. It was produced on the basis of Chardonnay. To obtain a blue color, alcohol was passed through a gruel of anthocyanin-rich skins of red grapes.

Brothers George and Nicholas (descendants of the ancient Cypriot winemakers) have been looking for a technology for making blue wine without the addition of dyes for a long time. The answer was found by chance. One of the brothers noticed that a turquoise sediment forms at the bottom of the tank after washing off the red alicante grapes rich in anthocyanins. Within 4 years, it was possible to develop a production process, obtain a license for manufacturing and mass production.

Anthocyanins are obtained from the skins of red grapes of the Alicante and Mataro varieties. The substance is harmless, it is also found in blueberries, raspberries, blackberries, currants. Anthocyanins are used in medicine in the form of blueberry extract, helping to eliminate inflammatory processes in the digestive tract. 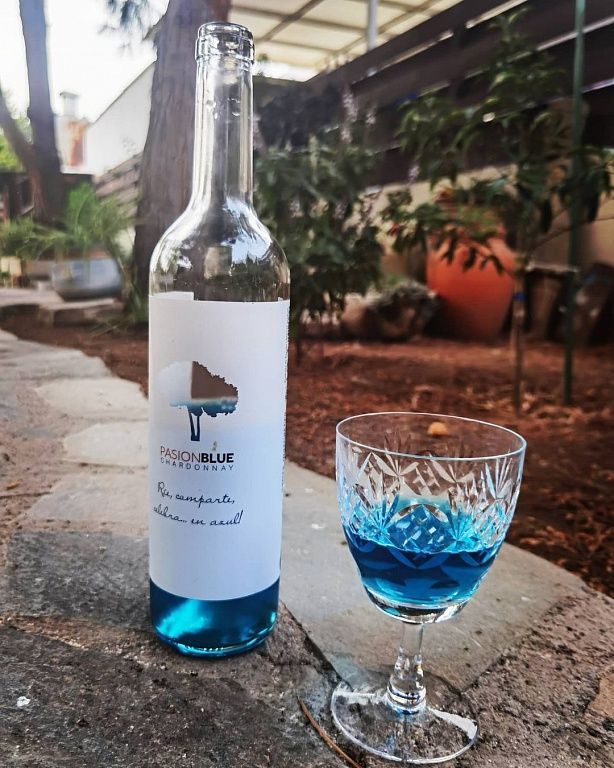