Although spring has already arrived according to the calendar , many will have to wait at least a month for spring weather. But you don’t have to wait, just buy a plane ticket: we have compiled a list of pleasant places in which spring is already in full swing.

The winter in Hungary this year was long and unusually harsh, but in March you can already admire the endless meadows of blooming snowdrops in the Alcsúti Arborétum botanical garden in the vicinity of Budapest and walk along the slopes of Gellert Mountain covered with a gentle green haze … In case of bad weather, hide in a nearby pretty bar, or head to one of the city’s famous thermal baths to bask. For example, to the ancient Turkish bath “Rudash”, where you can relax in the jacuzzi with a stunning view of the Danube, or to the Danubius Grand Hotel Margitsziget, where they have interesting spa treatments (how about a scrub with a palinka?).

Swimming in the Black Sea is not yet possible – this is a minus, but before the start of the tourist season and the influx of tourists is still far away – this is a plus. Otherwise, early spring is almost an ideal time to visit Batumi and the surrounding area: you can walk a lot and thoroughly get acquainted with the local cuisine. Try the reference Adjarian khachapuri at the Laguna cafe on Gorgiladze street and buy freshly caught fish at a small market near the port. There is a small summer cafe next to the market, where everything that you bought will be prepared for you instantly. A trip to the fish market can be combined with a trip to the Batumi Botanical Garden – the kingdom of lush subtropical vegetation.

In spring it is good to be in any Spanish city, but especially in Seville: it will be too hot here in summer, but now you can walk all day. Walk along the winding rue Sierpes and be sure to visit the famous Alcazar Palace – only there you can spend the whole day. Those who come to Seville in early April will be especially lucky: during Holy Week, a solemn procession is held here, and immediately after Easter, the annual fair will begin, a great event in the life of Seville. 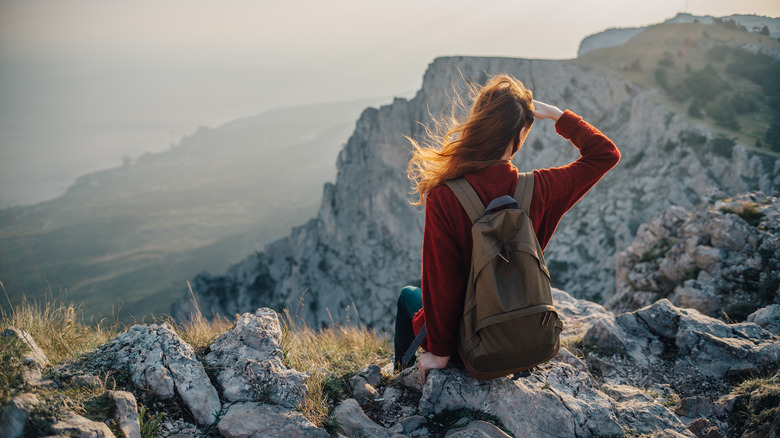 There were many in Dubrovnik and Split, but Zadar is known much less – and completely undeservedly. In addition to the sea and monuments of medieval and Renaissance architecture, it also has two unforgettable modern installations: “The Sea Organ” (a staircase going into the water with a system of pipes hidden inside that transforms the energy of waves into sounds) and “Salutation to the Sun” (a construction of three hundred glass plates which accumulate solar energy during the day to begin to shine at sunset). And just twenty kilometers from Zadar is Paklenica National Park, which will delight nature lovers: picturesque canyons, rocks, karst caves and interesting trekking routes of various difficulty levels.

Early spring is a good time to wander along the embankments and bridges of the Ljubljana River, admiring the local architecture (the legacy of the architect Jože Plečnik, who greatly influenced the appearance of modern Ljubljana, is especially interesting). When city walks get bored, head to the Ljubljana Barje, a vast swamp area adjacent to the capital, where the remains of prehistoric dwellings have survived: they are included in the UNESCO World Heritage List.

The sunniest island in the Aegean Sea is an ideal destination for a person suffering from endless winter. An ancient fossilized forest has survived here to this day – an unusual place that resembles a landscape from some science fiction film. Swimming in the sea is perhaps too early, but Lesvos has many thermal springs. After visiting the spa, it is worth having a glass or two ouzo: Lesvos is the birthplace of this famous Greek drink.

Even if you have already seen all the many sights of Florence, there is something to do here: you can relax and just have a great time. Rent a bike, buy prosciutto, wine, bread and head to the Cascine Park for a full day. If such a vacation seems too passive for you, take part in one of the bike excursions – there are several companies in Florence that organize them (including in English). As a rule, the route of the walk includes visiting interesting small restaurants and wineries.

Holidays in Cirali are suitable for those who love the countryside and solitude: chickens are pensively walking along the streets, there are almost no people in early spring – many boarding houses only open in March. You can safely ride a bike or go hiking in the surrounding mountains (do not forget to stock up on a good map and trekking boots), watch the fire bursting out of the ground on Mount Chimera without the company of several tourist buses and climb the ruins of the ancient Greek city of Olympos. >

It must be admitted that it is still quite cold on the ocean coast in early spring. But, firstly, it is still warmer than in Moscow, and secondly, the local nature is very picturesque, especially when a strong wind blows and the sea is stormy. If you arrive in Brittany in mid-April, be sure to check out the village of Saint-Qué-Portrieu, where the season-closing scallop festival takes place annually.