Galapagos is one of the strongest impressions of recent years. In my personal rating, these islands are on a par with the Bolivian Altiplano and African safari. Unique, unusual, another planet and the whole journey is full of moments when you can’t believe your eyes.

The Lost World, where seals sleep side by side on benches on the embankments, huge iguanas stroll imposingly around the city, turtles swim side by side with you. And the blue-footed gannets calmly hatch their eggs and perform their famous seducer dance just a meter away. 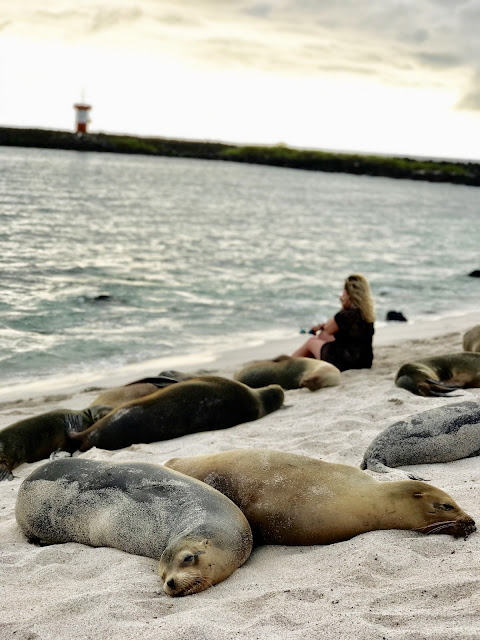 The islands, lost in the Pacific Ocean and distant from the mainland of Ecuador at 1100 km, are also called “turtle islands”. Many imagine the Galapagos as another Maldives – with white sand, palm trees and star hotels. But no. They do not look very remarkable – scorched brown earth, practically no greenery. There are also few beaches suitable for swimming. Until the middle of the 20th century, they generally remained uninhabited.

These islands are of volcanic origin and thanks to their inconspicuousness they managed to preserve their uniqueness. And the variety of flora and fauna, which attracts travelers from all over the world.

Nobody was interested in them, until one day in 1835 the Beagle ship with an expedition, which included the young Charles Darwin, moored to the islands. During 5 weeks spent here, Darwin collected samples of flora and fauna, made sketches, compared …

Later, his famous work “On the Origin of Species” appeared, which put forward the theory of evolution. 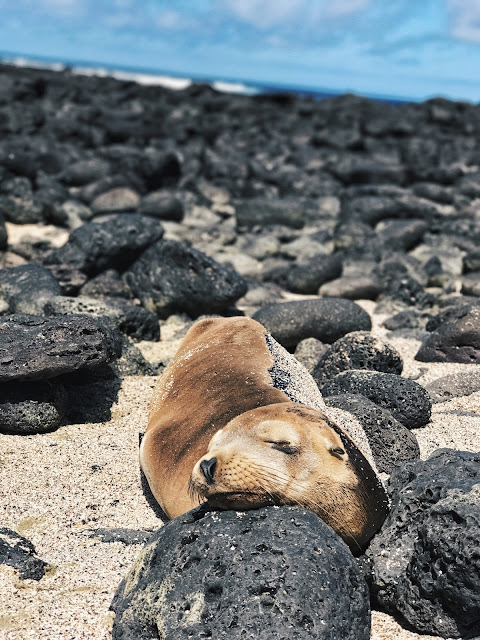 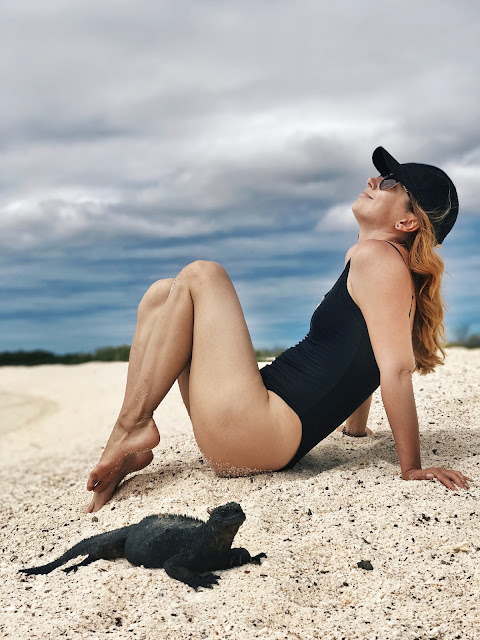 Although there are many islands, there are as many as 17, inhabited by only three. Some are not even allowed to disembark from boats. And there are islands, for example, North Seymour, where you can get only as part of a group and walk only along the laid out paths so as not to interfere with its inhabitants.

The main airport and largest city Puerto Ayora is located in Santa Cruz, where most of the planes arrive. Rather, planes land on Baltra, a small island near Santa Cruz, and then after 10 minutes by bus and the same by ferry, all travelers are already on Santa Cruz. 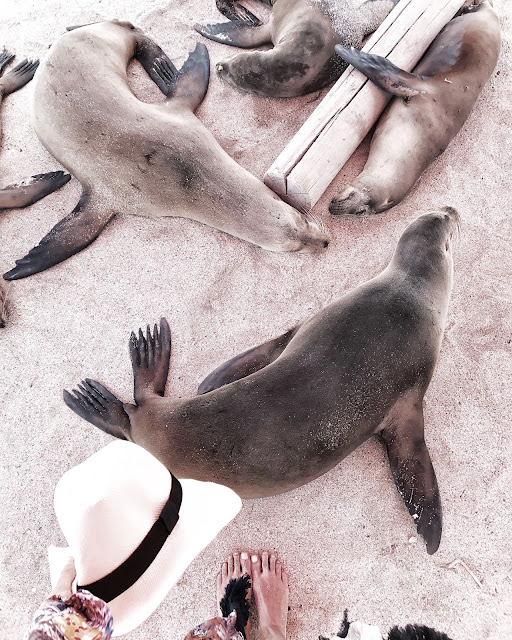 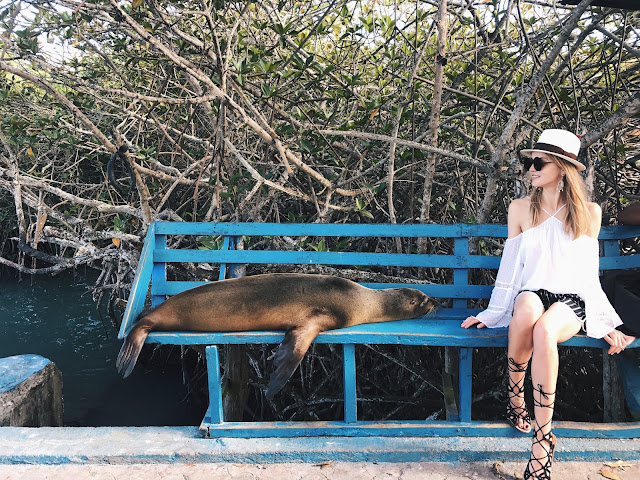 There are a lot of things on the Galapagos, and when you start to study all the sentences, your head is spinning. There are trekking to volcanoes, and lava tunnels, dozens of beaches, each of which is declared as the best in your life, and iguanas, fur seals, turtles and blue-footed boobies are hanging out in crowds on each.
In fact, it turns out that not all of these places are as impressive as you’d expect from a “lost world” and another planet.

The most important value of the islands for me is animals and birds-endemic, which are absolutely not afraid of people, and which can be approached at arm’s length. Volcanoes, tunnels are secondary and there are many places where you can see.

Therefore, if you are limited in time and want to see only the very best, I have chosen five of my favorite places that you simply cannot miss if fate brings you one day to these islands.

So, what to do in the Galapagos with only a couple of days left: 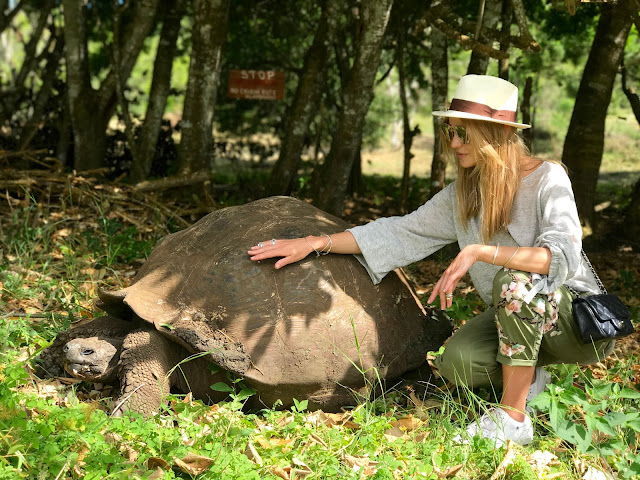 It is located in the heart of Santa Cruz Island, in the town of Santa Rosa. This is a private ranch with a large area where huge turtles roam. It is very cool that turtles can be seen not in aviaries, but simply in the wild. You walk next to them, observe, take pictures. The islands, by the way, in translation mean “tortoiseshell” – they were named so because of the huge number of these ancient animals.

A sad fact that significantly reduced the population of turtles in the Galapagos – they were taken on board as live canned food, they were the main food for pirates. 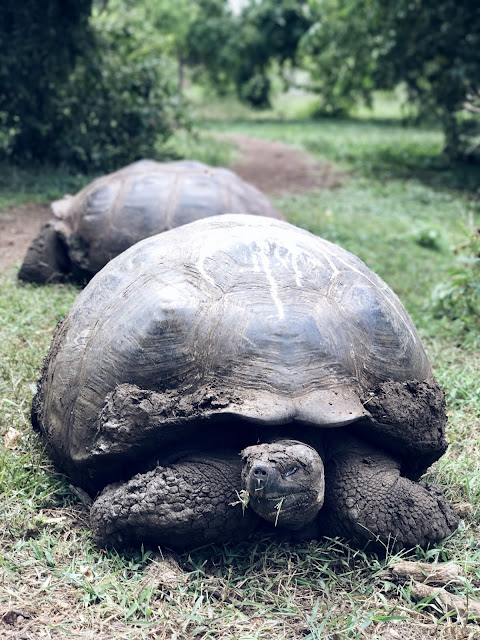 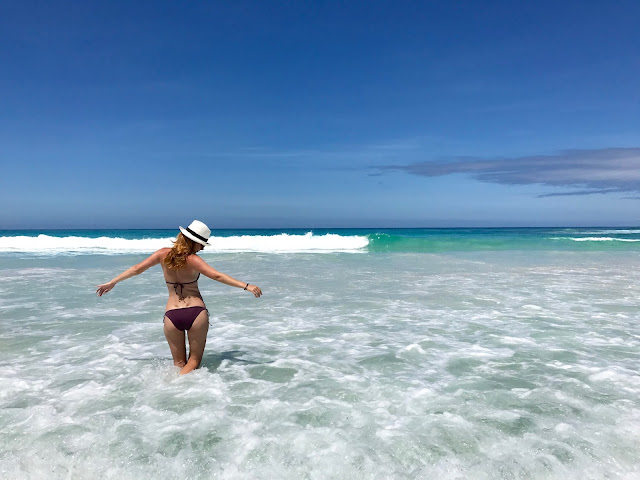 You will fall in love with this place at first sight, it just cannot be otherwise. A wide, endless beach with white sand and turquoise waters. Since this is a protected area, there are no tents, merchants, sun loungers, they are allowed in only until 6 pm. Ideally. The only negative is that you cannot swim. The strongest currents can be carried into the ocean in just a matter of seconds. At the very end of the beach there is a lagoon where everyone swims. 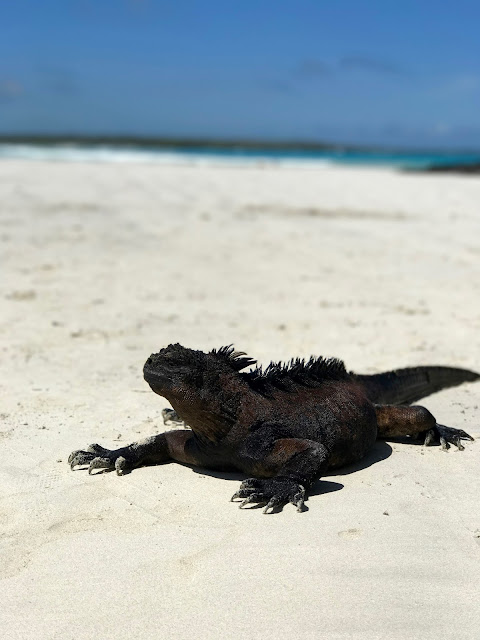 But don’t be discouraged. This place was created in order to simply enjoy the surrounding world and the beauty around. And iguanas plodding serenely along the beach after swimming.

By the way, marine iguanas are found only on the Galapagos Islands.

They can be in salt water for quite a long time, while diving to a depth of 10 meters behind their favorite algae. And then bask in the sun for hours.

It takes about forty minutes to get to the beach from the city, there are still boats, but it takes the same amount of time to get to them.

North Seymour and the blue-footed boobies

Yes, this is one of the most expensive excursions on the islands. And you need to sign up for it in advance, because only four boats a day for 16 people can visit this place. But believe me, it’s worth it. You want to see funny blue-footed people just a meter away. And how the males dance their famous dance around the females. And mothers hatch eggs with an air of importance. And also chicks that have only recently been born. And their paws are not even blue yet, can you imagine? By the way, they acquire the same shade only after two years of life.

Well, besides these most famous inhabitants of the Galapagos, there is still a lot of interesting things – for example, frigates and important huge iguanas

My favorite island. He is so homely, cozy, a little sleepy and very atmospheric. The water is turquoise, seals are everywhere, snow-white hotels right on the waterfront. I can’t say that the life of the island is full of events, but spending a couple of days here swimming and sunbathing with cats is just a must-do to feel and fall in love with the Galapagos even more.

The main word is seals, dozens, hundreds of seals that have occupied the beach. Kids, couples, whole groups of cats lie under every bush, on every free piece of the beach. They bathe in the water with you, sunbathe a meter away from you. An unforgettable experience.

Well, an approximate budget for a trip to the Galapagos Islands:

Every summer Girls in travel travels to the center of the world, the country of roses, chocolate and bananas, as well as volcanoes, jungles and stunning natural beauty, to Ecuador. And the last four days we, according to tradition, spend in the Galapagos.