I’m sure there will be many things that English and Londoners will find strange in the life of Italians. However, having lived the last four weeks in London as an EF Global intern, I have noticed so many strange things Londoners do. I just need to share them with you. I hope you find them as interesting and captivating as I do.

People wave to the bus to stop it

On my way to my first work day, I was waiting for the bus at the bus stop near Angel station. After a few minutes, he finally pulled up, but he drove past me and just continued driving without stopping. It just flew by. I was confused, so I asked people around why the bus didn’t stop. One woman told me that if you have to get on a bus, you have to wave your hand to get the bus to stop! This was something new to me. In Italy, when you are at a bus stop, the bus just stops because you are waiting for it in the right place, without having to dance or do any other movement at all.

Everyone runs at 8 am

I was surprised how many Londoners “run away” to work very early in the morning. Many locals seem to make good use of their early morning hours by running or cycling from point A to point B. And they also flaunt their cool sports gear and giant backpacks. This is a smart move considering it combines two things most of us should be doing: exercise and commute.. And knowing that London is full of beautiful parks and vast green spaces, it is a city that truly motivates people to move, run and exercise. For comparison, in Italy we are quite lazy and in the morning you will mainly see people on scooters, cars or public transport. But what really surprised me was the timing. Italians, when they do train, do it after work … but not at 8 am! 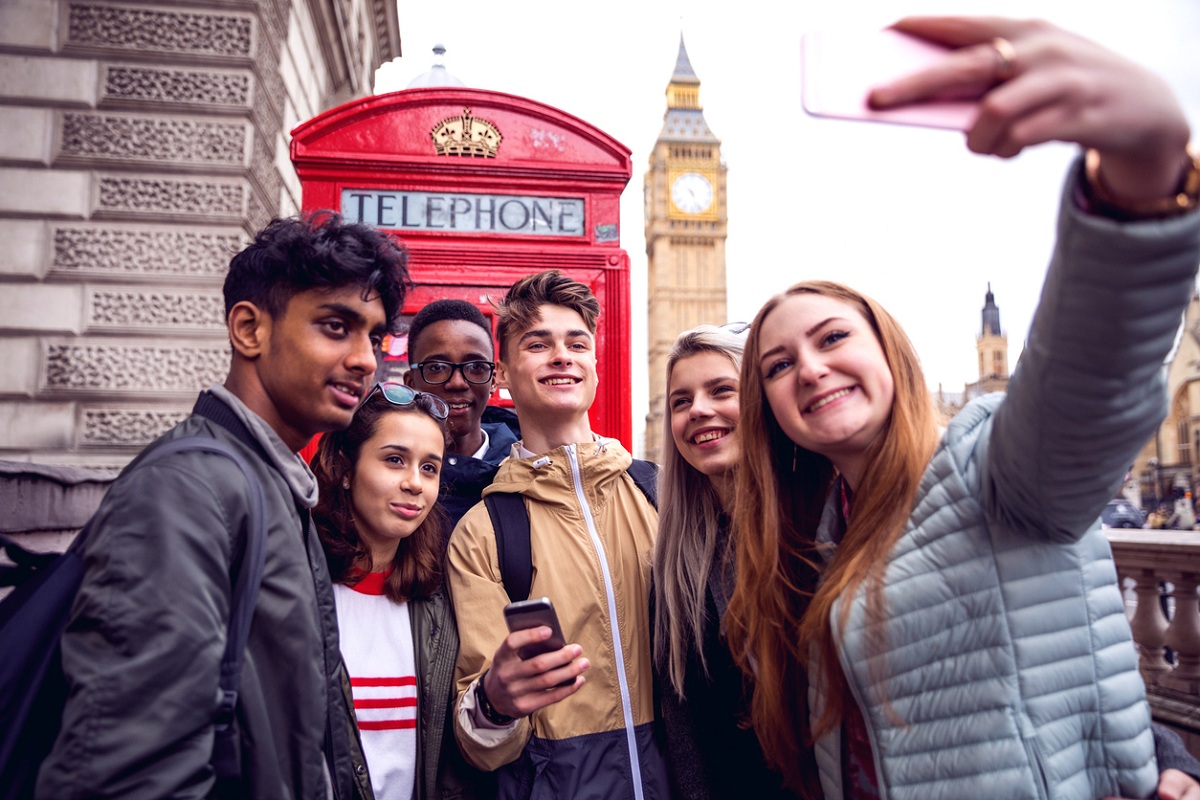 Nobody pushes to get on the subway

Let me explain. I live in Milan, and we also have a metro there, but the difference is that people will push something or someone to get on the train. Here in London people are calm and very respectful on public transport. The other day I was walking along the county line and the subway was full. When the train arrived, everyone began to line up very neatly. When people realized that the train was almost full, they chose to wait for the next one, rather than shrink all together. You see, this does not happen in Italy: there are no queues, people are more stressed and never want to wait for another train. Everyone is pushing to get on the train, and if we see a small space that we can fit in, we try our best to get that seat on the train. Which brings me to the next weird thing Londoners do …

The queue is what the British are known for and are very, very good at. I’ve never queued so many in my entire life. London has a queue for everything: restaurants, restrooms, subways, shops and more. Because people are so used to queuing, they come prepared. They have books to read, podcasts to listen to, computers to work and coffee to drink while waiting. I was surprised to see the line at the bus stop. For me, being from a country where people usually tend to enter (see previous paragraph), the fact that everyone here in London respects queues creates a more organized and relaxed environment, even in such a large city.

Washing machine in the kitchen

When I first entered the kitchen of the apartment where I was staying, I noticed a washing machine in the kitchen. So I stood for several minutes, sincerely wondering what she was doing here. I used to see washing machines in kitchens, but only in very old apartments. But, apparently, in London this is the norm, even for more luxurious, large apartments or houses. I think the kitchen is a weird place to put your washing machine. Where I come from, with no utility room to do the laundry and hang out the laundry, the bathroom would be a more natural place to place it.