The lakes are great for hiking and some of them may surprise you.

Check out 10 of the strangest lakes in the world:

It is located in Palau and is home to a huge number of jellyfish. There are so many of them, because the lake is quite isolated from the ocean and there are few predators in it. Jellyfish migrate from one side of the lake to the other every day, forming a flock of millions. 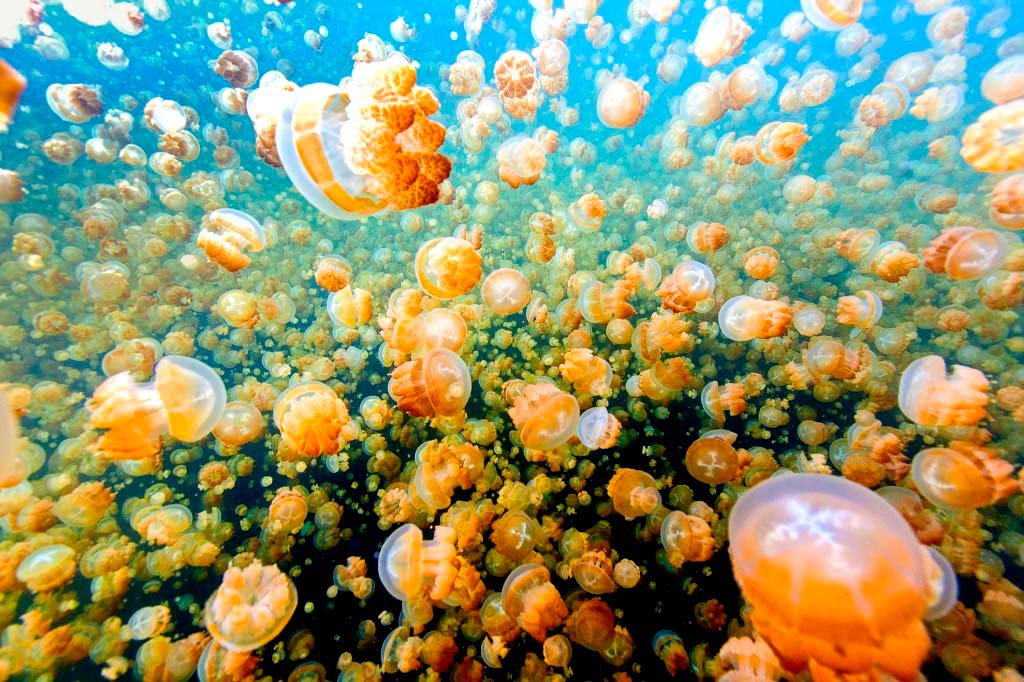 Lake Resia with a sunken church in the middle, located in South Tyrol, Italy. It is an artificial lake that was formed during a plan to build a dam and drain a nearby river. Several villages remained under water, the tallest building is a church tower, towering above the water. In winter, when the lake freezes over, the tower can be reached on foot across the ice. 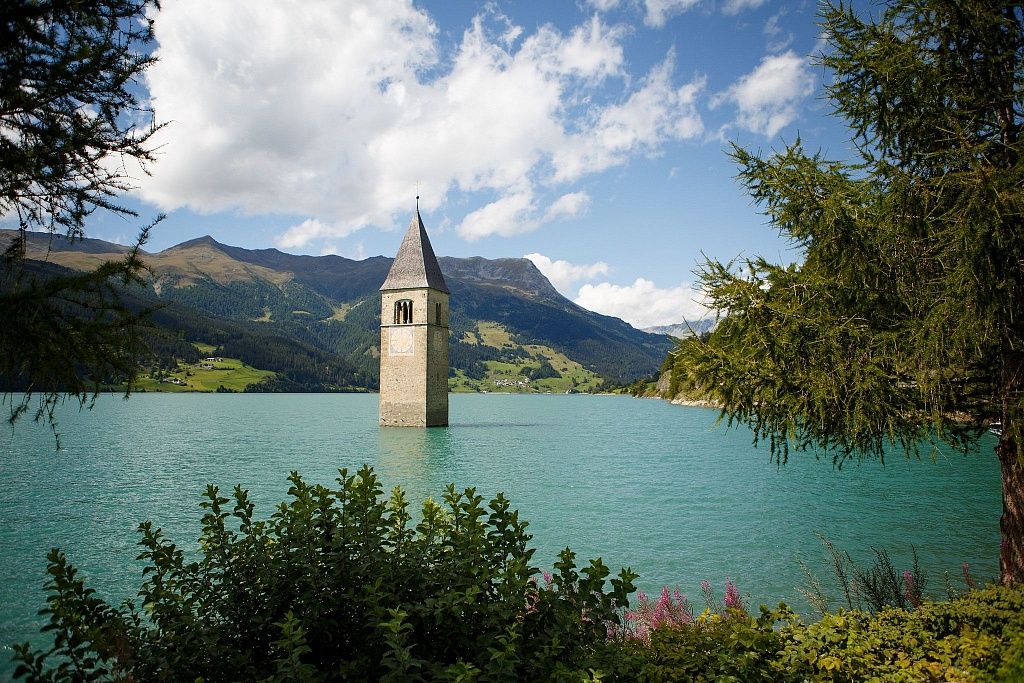 When we talk about surfing, we think about ocean waves. But surfing can also be done in the Five Great Lakes in North America. Unfortunately, the waves are large enough only in winter, when the water temperature is 0-5 degrees Celsius. You can see riding surfers and ice pendants hanging from their suits. They smear their faces with Vaseline to protect them from frost. 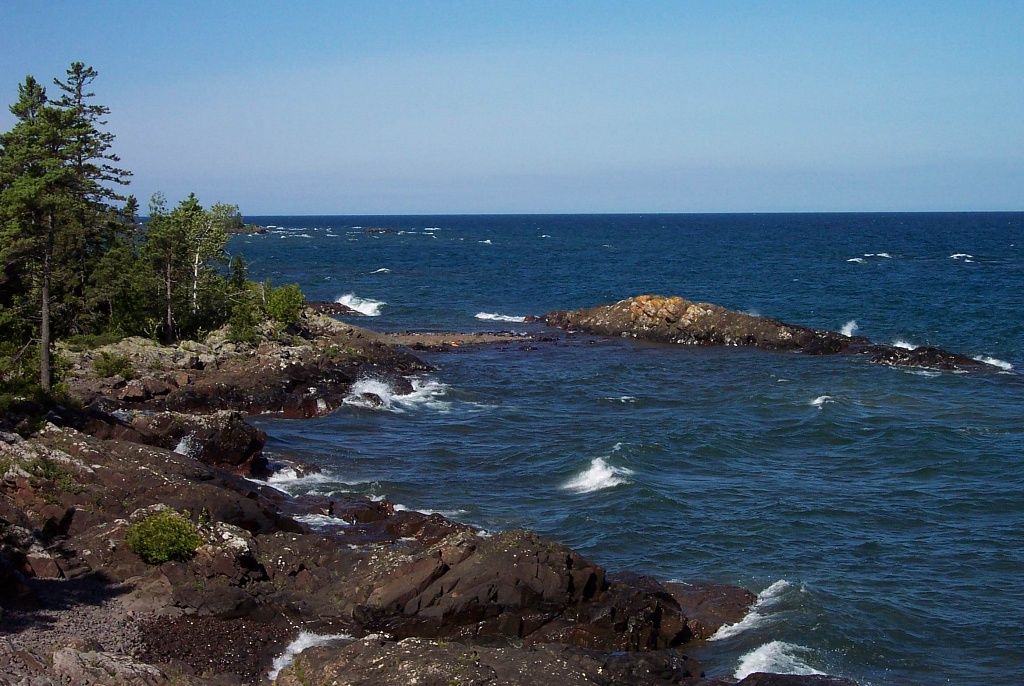 There is a lake in the Dominican Republic, along its edges the temperature is from 65 to 80 degrees, and inside it becomes even higher, but it is impossible to accurately measure. Since it is formed as a result of volcanic activity, the result is very unstable – sometimes it completely dries up, and sometimes it boils and boils. 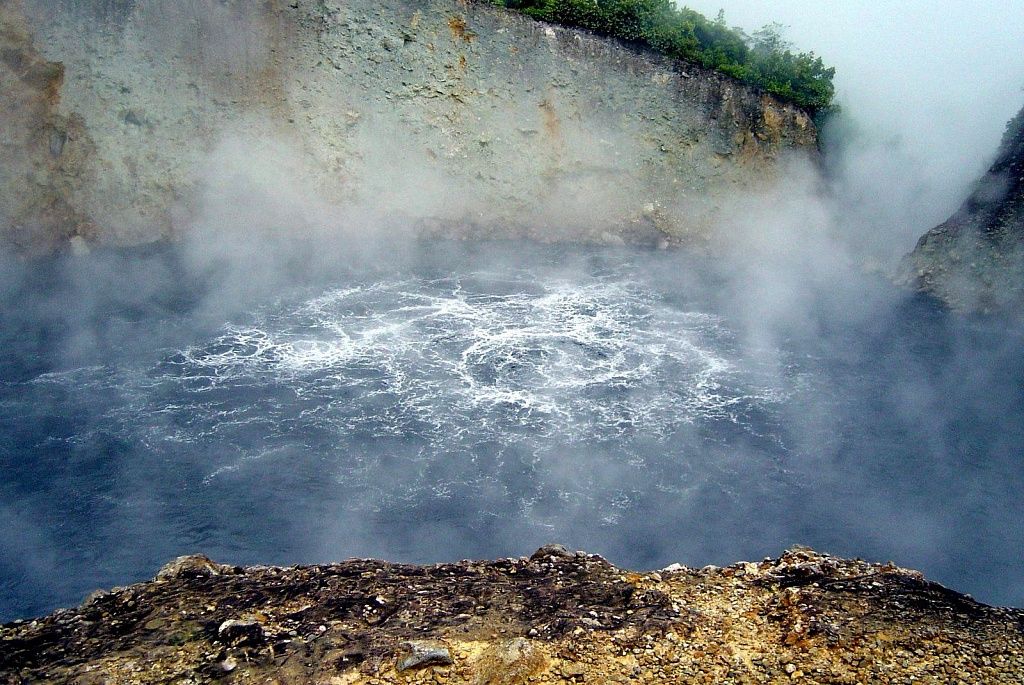 Located in Rajasthan, India. The Jal Mahal Palace has been restored and has survived to this day. Its upper floors are above the water, and diving is organized next to the flooded ones below. 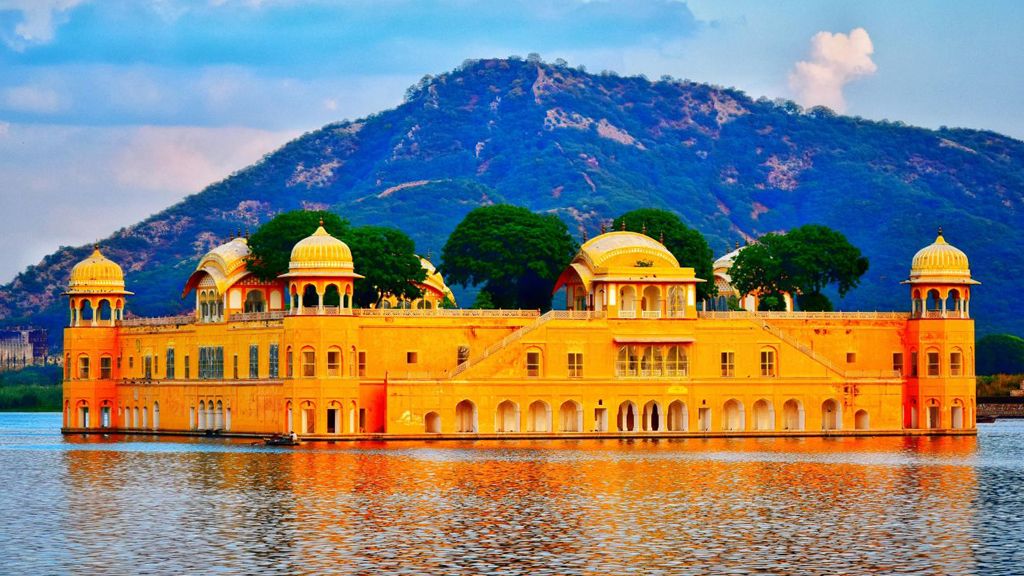 This is a lake of tectonic origin in Eastern Siberia. It is the deepest lake in the world. It has a high concentration of methane. Methane fields sometimes reach 5 km in diameter and are visible from space. They are too large to be seen from Earth. 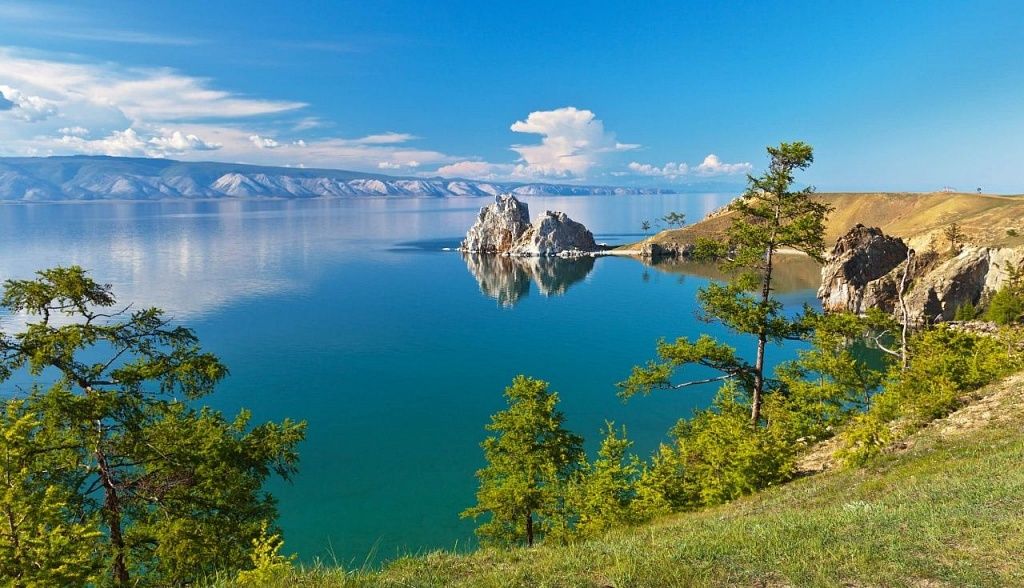 The view is amazing – an island inside the island, and in the middle there is a crater lake. Even more interesting is the fact that in the center of the crater lake rises a large rock, which was once part of the bottom of the crater, but is now surrounded by a lake 2 km wide. 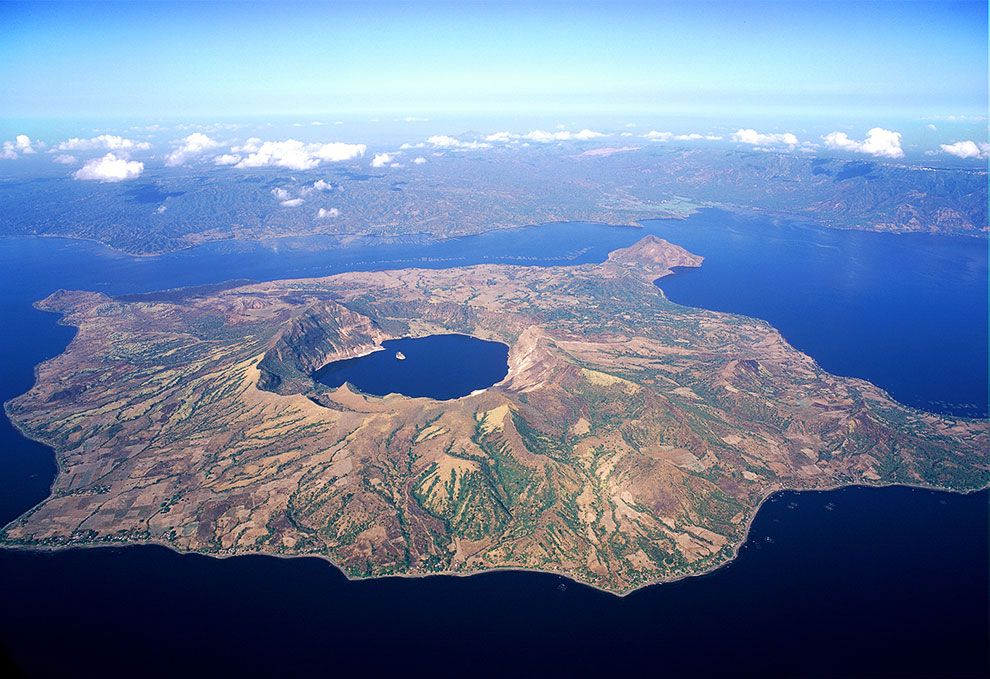 Located in Bolivia. The water is red and it looks like a Martian landscape. In addition to the red water, here you can see white sand, where flocks of flamingos who love the lake are walking. 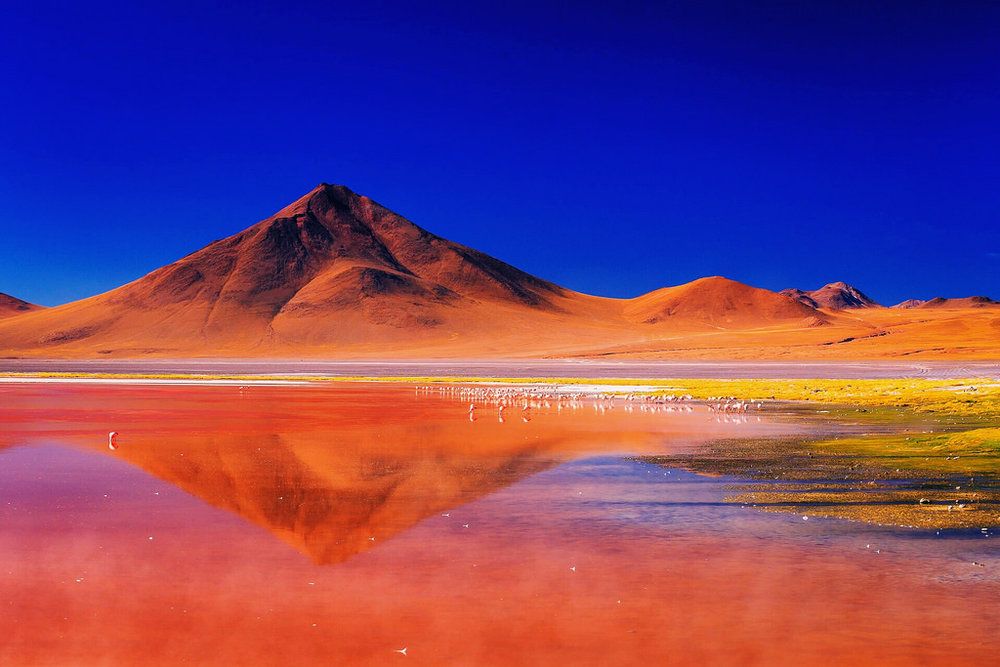 This is a lake made of liquid asphalt. It is located on the island of Trinidad. Hundreds of tons of natural asphalt are mined annually from Pitch Lake, but the level is not decreasing. The surface is elastic and oily. If you try to row from his “water”, it will begin to grind into thick resinous threads. It can swallow a person or an animal, naively wandering over its surface.

How is such a strange phenomenon possible? It turns out that a depression about 80 meters deep was once a crater of a volcano and is now connected to its gorge. And the oil, slowly rising to the surface, loses some of its volatile substances. And then, reacting with some organic matter that gets into the “water” of the lake, it turns into good quality asphalt. 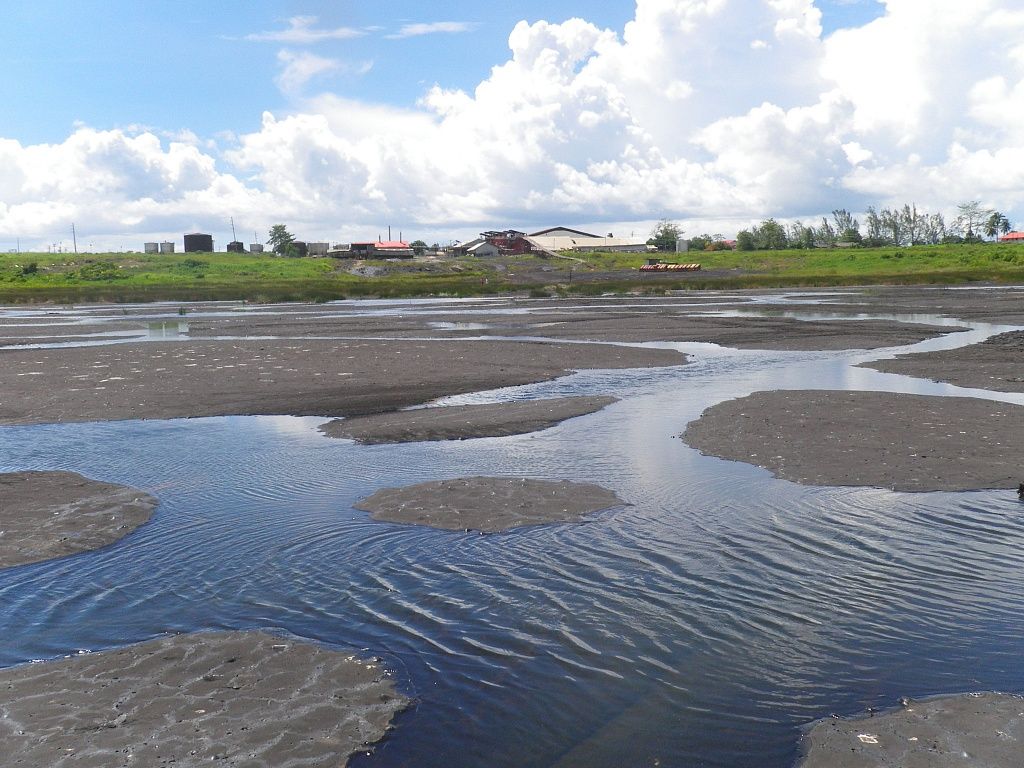 A lake on a golf course in Australia was recently captured by sharks. This happened when, due to flooding, the waters of a neighboring river met the lake. When the water level dropped, several sharks were trapped in the lake.

This fact is very popular with golfers. Although they no longer dare to go into the water to pick up golf balls that have fallen there. 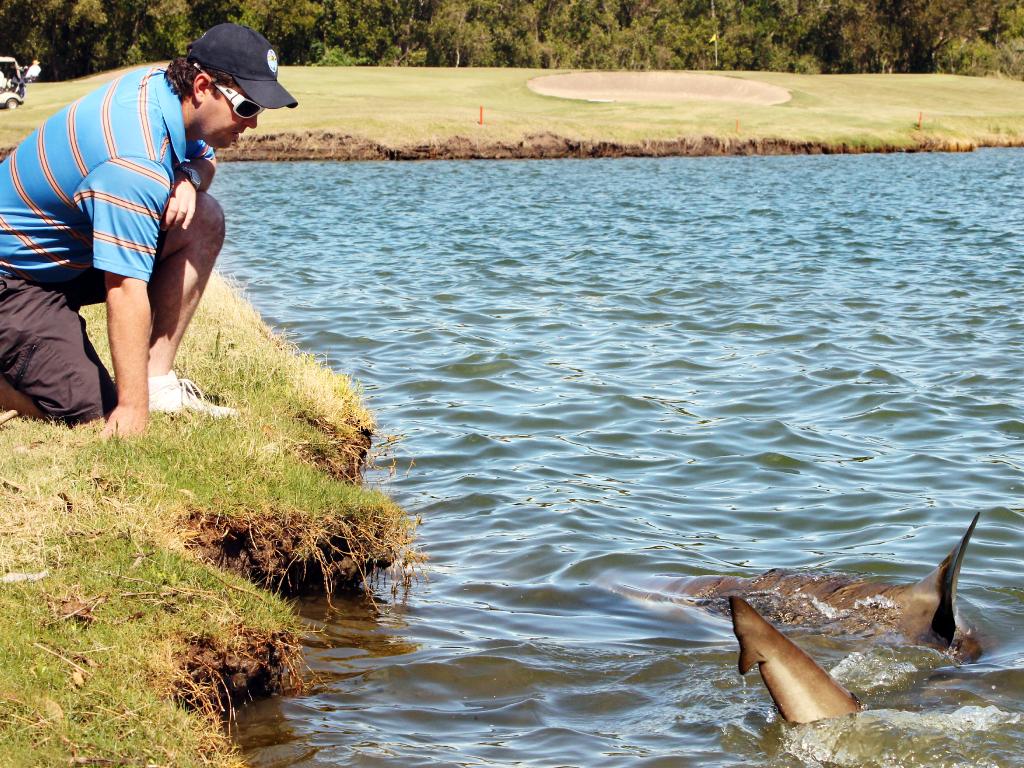