Watching movies and TV shows is one of the most enjoyable ways to learn a foreign language, but in today’s pace of life, you can’t always find the time. For those who want to improve their English and relax at the same time, but cannot afford to spend a lot of time, we have collected the best miniseries in English to watch in one weekend.

An action-packed drama about harassment and honest journalism with top actors in the lead roles. The action of the series takes place in New York – the center of the world, and the main characters are the stars of this world. The loudest project Apple TV + tells us that those who smile at us every morning from TV screens have shameful and dark secrets.

Why Watch : Primarily to enjoy the acting of Jennifer Aniston, Steve Carell and Reese Witherspoon. Second, to better understand the depth of the harassment problem

Where to watch : Powered by Apple TV +

Fantastic detective based on the novel by Stephen King. English teacher Jack Eppling, played by James Franco, has an excellent glimpse into the 1960s and averting the Kennedy assassination. But the main character could not even imagine that the past has its secrets, temptations and consequences. 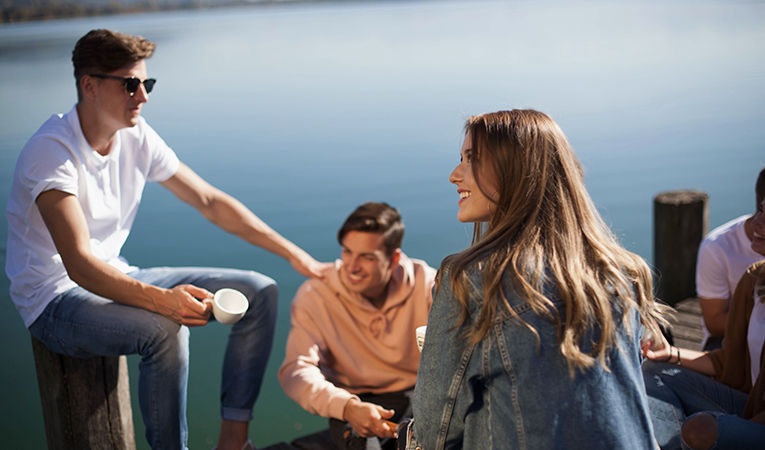 For what to watch : The atmosphere of the 60s and a brilliant cast

How much to watch : 9 episodes of 60 minutes

Where to watch : On Kinopoisk or Okko

Why watch : In order to understand how it is not necessary

How much to watch : In the first season there are 18 episodes of 6-17 minutes each, in the second – 8 episodes of similar timing

A hit from Netflix about the brilliant chess player Beth Harmon. In fact, the series is not about chess at all – it is about growing up, loneliness, inner strength, personal growth and self-acceptance, which is so important for achieving success and finding happiness.

Why watch : A strong woman in a world where women cannot be strong – a story that both inspires and makes you think

How much to watch : 7 episodes of 60 minutes

At first, the series seems like an ordinary teenage drama about a mother-daughter relationship, but with each new episode it becomes more and more clear that this is just a wrapper. In fact, the series is much deeper: it organically combines black comedy, crime drama and detective.

For what to watch : black sparkling humor and a plot that will draw anyone in

The story of how the dreams of young talents in Hollywood in the 40s crumbling on the industrial system, depraved producers and racial inequality. But not everything is so gloomy: at the end you will find a brilliant happy ending.

Why watch : you can watch “Hollywood” at least for the atmosphere of the golden age of Hollywood and glittering California ????

How much to watch : 7 episodes of 50 minutes

Probably the most fashionable crime series. In the center of the plot is the real story of the murder of designer Gianni Verchase, but the writers reveal it from the point of view of the killer. Unusual, bold and fresh.

Why watch : if you are a fan of fashion, this is your ideal TV series

How much to watch : 9 episodes, 60 minutes each

Where to watch : on Netflix or on Kinopoisk

The protagonist is an alcoholic, drug addict, aristocrat, millionaire, intellectual and deeply traumatized person. With each episode, Patrick Melrose plunges deeper into himself, and at the same time destroys himself. And we look at it from the outside, as if psychiatrists are at an appointment with a very difficult patient

Why watch : Critics say Patrick Melrose is Benedict Cumberbatch’s best performance yet. We completely agree with them

How much to watch : 5 episodes of 60 minutes each

Where to watch : on Kinopoisk

Why watch : this series is balanced a mixture of detective, drama, spy thriller and English noir, with biting and clever dialogues.

How much to watch : 2 seasons, each with 6 hour episodes

Where to watch : on Kinopoisk

Tough satire on the American political system in the cover of a teenage comedy. A light series about difficult things.

Why watch : if you want something light and funny but intelligent, you’ve come to the address