A few weeks of intensive language school abroad will take you to a new level of language proficiency.

Recent studies have explained what changes in the brain occur while studying abroad. It turns out that the benefits of them are not limited to the area of ​​language, but positive changes remain with you for a long time. We have collected several interesting scientific discoveries that prove this.

In various situations, the human body produces hormones of happiness. Scientists from the University of Leuven have found that studying in a new, previously unknown environment stimulates the production of dopamine, one of these hormones. It is associated with setting and achieving goals, a sense of satisfaction from the tasks performed. Dopamine improves mood, energy and performance. Therefore, studying abroad becomes not only productive, but also brings joy .

The volume of gray matter increases

Research by scientists from Berne University has shown that learning a foreign language changes the structure of the brain. For example, the volume of gray matter increases. At the same time, studying abroad affects the brain much more than traditional classroom teaching.

Gray matter is responsible for mental abilities. That is, learning a foreign language abroad, you become smarter . Without additional effort, you will be able to memorize more information, solve complex problems faster, improve your logical thinking and analytical skills. 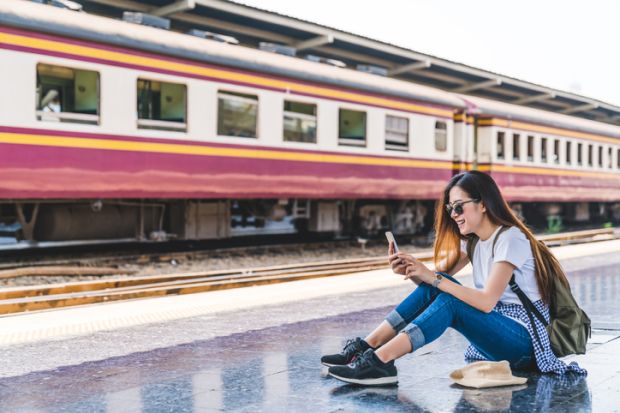 The brain perceives a foreign language as its native language

Thus you learn to think in a foreign language . New grammatical forms and syntactic patterns are being built into the “database” of the brain. This gives you new opportunities to express your own ideas. This differentiates learning an immersed environment from lessons in the classroom or online. In the first case, you get used to immediately formulating thoughts in another language, in the second, you continue to internally translate from your native language.

The brain remembers more and better

A joint study of scientists from Illinois and Chicago demonstrated: working and procedural memory improves for those studying a foreign language abroad. At the same time, the effect persists even after returning home. But those who learned the language at home did not see such positive changes.

Procedural memory is responsible for long-term memorization and automatic reproduction of what was learned. Speaking a foreign language will feel as natural for you as tying your shoelaces .

Working memory is essential for thinking at the moment. The better it is developed, the more information you keep in your head and the easier it is to solve logical problems.

Those who can think in a foreign language also know how to take more balanced solutions. Immersion in a language environment creates a bilingual situation that improves multitasking ability. Studying abroad has a positive effect on cognitive (that is, cognitive) abilities, the ability to adapt to a changing environment and keep attention on the main thing. All of this refers to flexible skills – personal qualities that are highly valued by employers .

Studying a language abroad will not only help you pass an international exam or master your speaking skills speech. It is also a contribution to self-development and a successful future, and the positive effect of studying in another country will last forever.