More than a million people live in Omsk. It is the eighth city in Russia by the number of inhabitants. It was founded by the Cossack Ivan Dmitrievich Buchholz in 1716. His detachment went to Siberia in search of gold. Buchholz, having reached the confluence of two rivers – Omi and Irtysh, decided to try his luck here. The prospectors did not find gold, but they decided to leave the village where the workers and peasants who came to the settlement lived. This is how the future Siberian cultural center – the city of Omsk – was born. Over time, the settlement grew and turned into a small county town, where they began to be exiled to hard labor. Fyodor Dostoevsky lived in exile (the house in which he lived is still standing) and N.S. Gumilyov.

A powerful impetus to the growth of Omsk was given by the construction of the Trans-Siberian Railway, after which it received the status of the capital of a huge province.

Omsk is a city with a rich history and a difficult fate, and even if you have only a couple of days, you can spend time here interestingly.

It will be interesting to come to Omsk for the weekend for residents of Tyumen, Barnaul, Tomsk, Novosibirsk and other nearby cities, the road from which will not take long.

Approximate travel budget for one person – from 4,200 rubles *. 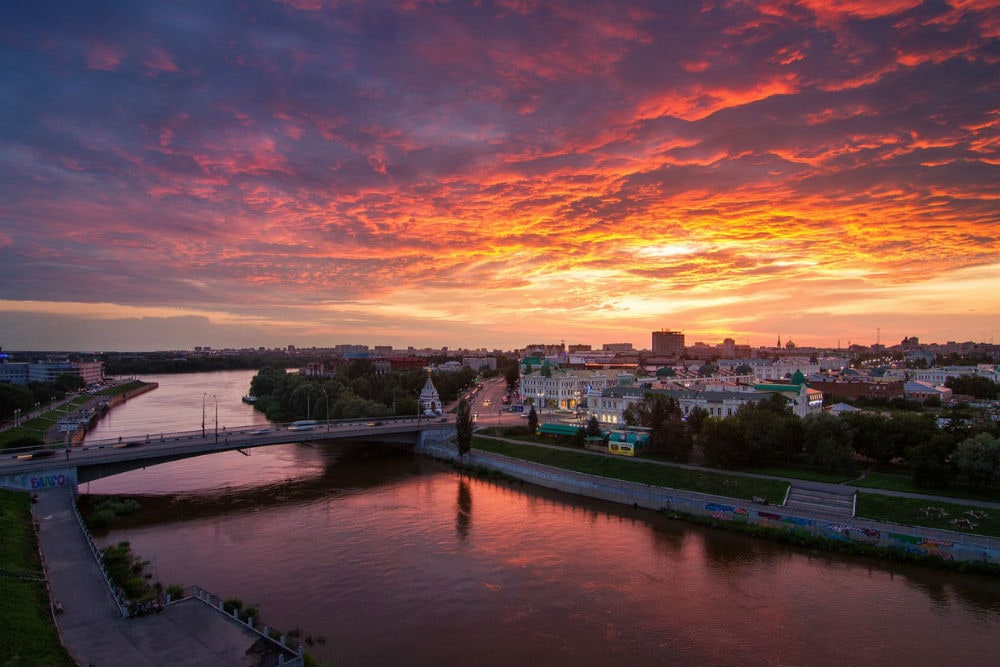 You can start your acquaintance with the city with a walk along the Irtysh embankment, from where a beautiful view of one of the largest Siberian rivers opens up. On the embankment there is a mansion of the merchant Batyushkov, it was in it in 1919 that an attempt was made on the life of the famous Admiral Alexander Kolchak. Now it houses the building of the Omsk registry office, a museum and a center for the study of the history of the Civil War.

On the embankment, residents of the city love to play sports: there are jogging and cycling paths, outdoor exercise machines are installed.

In the walking area there are sculptural compositions: a couple of deer, a metal “Tree of Love” on which lovers and newlyweds hang locks in the shape of a heart, there are several viewing platforms, stairs to descend to the water. 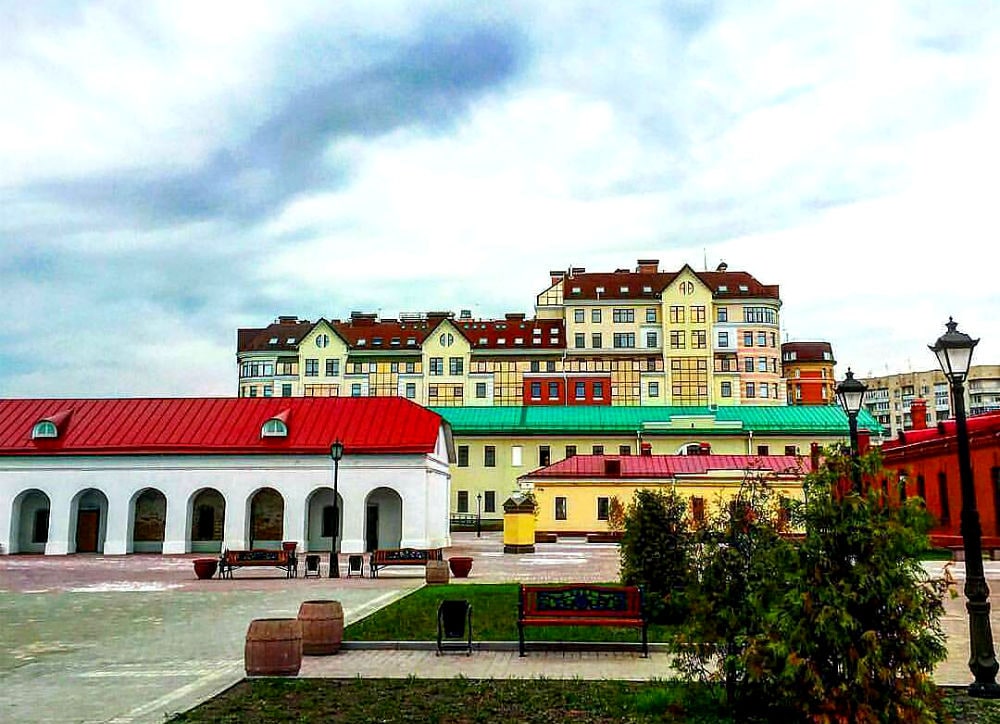 In 1717, the settlers began to build a fortress to protect the future city from the invasions of nomads. On the territory of the complex, buildings of the 18th century have been preserved: the buildings of the barracks, the seichgauz, the arsenal, the cash pantry and the Tobolsk Gate – the only gates of the fortress (originally there were 4 of them), which have survived to this day. The rest of the gates are currently being restored.

We recommend visiting the excursion “Servants of Siberia”, during which you can see, touch and photograph reconstructed chain mail and helmets, find out with what weapon and in what clothes the warriors of different classes went out to battle in the 17-18 centuries. End your tour with a master class on saber, pike, and cannon shooting 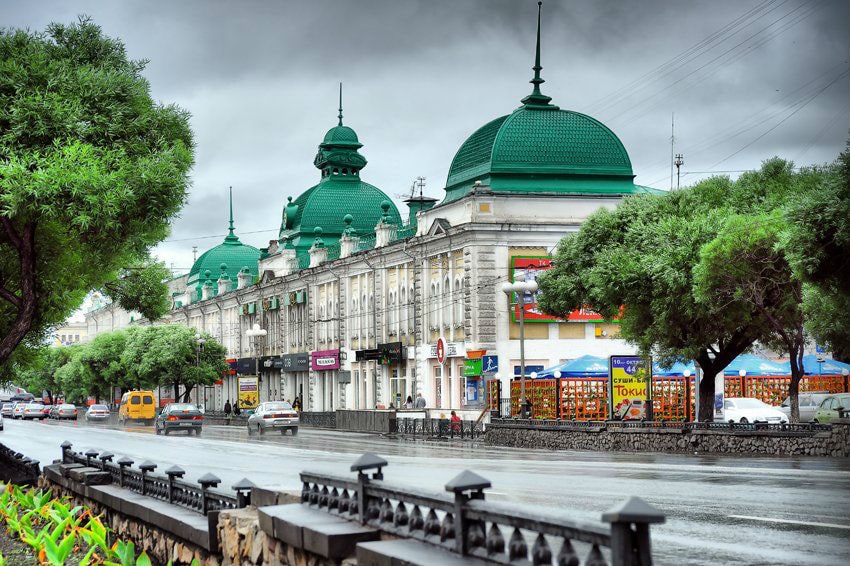 Part of Lenin Street, passing through the historical part of the city, is popularly called “Lyubinsky Prospect”. Once in these places there was Lyubina Grove, which in 1851 the governor Gustav Gasfort ordered to plant in honor of his wife Lyubochka (Lyubov Gasfort), who died of consumption at the age of 23. This place has become a favorite for walks among the townspeople.

Instead of a grove, merchant shops were later built here and Lenin Street was laid. Now it is interesting just to walk along the avenue – houses built at the beginning of the last century have recently been restored, some of them have received architectural decorations that were lost many years ago.

In 1994, a sculpture “Lyubochka” was installed on the avenue. Even on Lyubinsky Prospect, you can find an unusual sculpture – the plumber Stepanych leaning out of the well hatch. At the corner of the street there is a sculpture “The Policeman”. 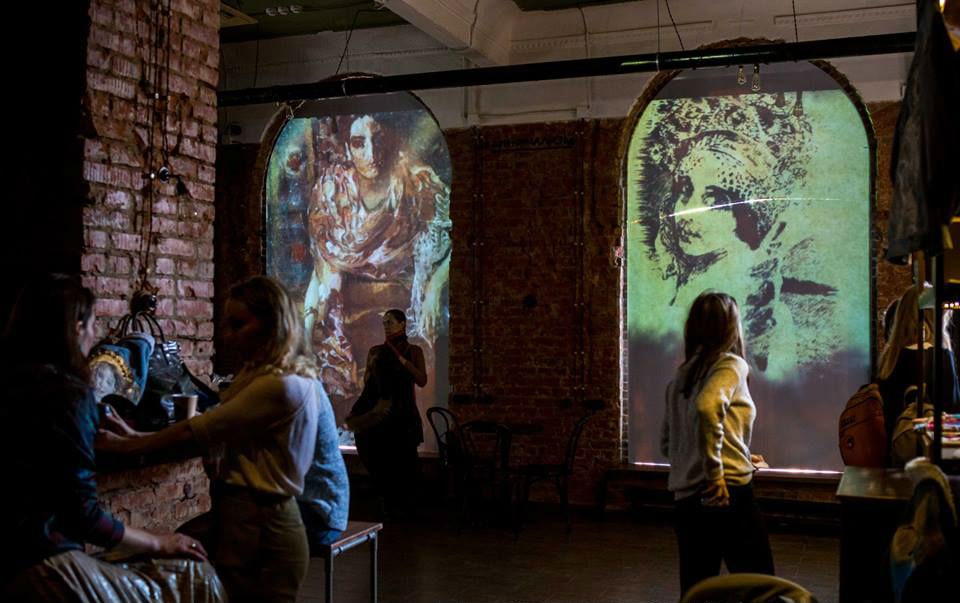 The Omsk Museum bears the name of the genius artist for a reason. Mikhail Vrubel was born in Omsk and was baptized here in the demolished but restored Resurrection Cathedral (by the way, the same cathedral, but at other times Fyodor Dostoevsky visited when he was serving hard labor in the Omsk prison. Dostoevsky, which is located not far from the “Omsk fortress”). Vrubel spent in Omsk only earlier his childhood. But Omsk people are still proud of such a fellow countryman. Here is kept the only artistic work of Mikhail Vrubel in Siberia – the triptych “Flowers”. Special attention should be paid to the unique project of the Museum. Vrubel – “Theater of Painting”, where works of art are told in the language of music, choreography and acti 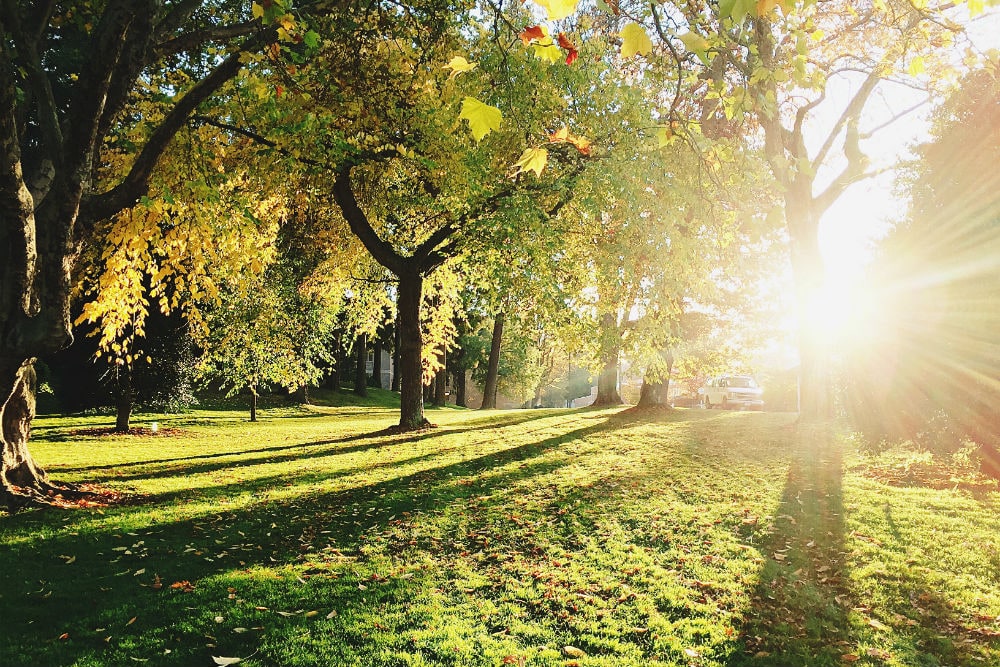 Favorite city residents “Park im. 30th Anniversary of Victory “, where there is a large-scale memorial complex. It consists of sculptures and bas-reliefs that tell about the important milestones of the Great Patriotic War. In the park there is a monument in the form of an angel dedicated to the liquidators of the consequences of the Chernobyl nuclear power plant accident (there were many Omsk residents among them), a memorial in honor of the soldiers who died in Afghanistan and Chechnya, and a chapel in honor of George the Victorious, Alexander Nevsky and Dmitry Donskoy. On the territory of the park, from the memorials to the Irtysh River, there are no stalls, roundabouts and other infrastructure, but trees grow here, there are several lakes, picturesque bridges, walking paths and picnic areas.

Where is it: on the left bank of the Irtysh river, next to the Leningradsky bridge. Public transport stop “Park Pobedy”. 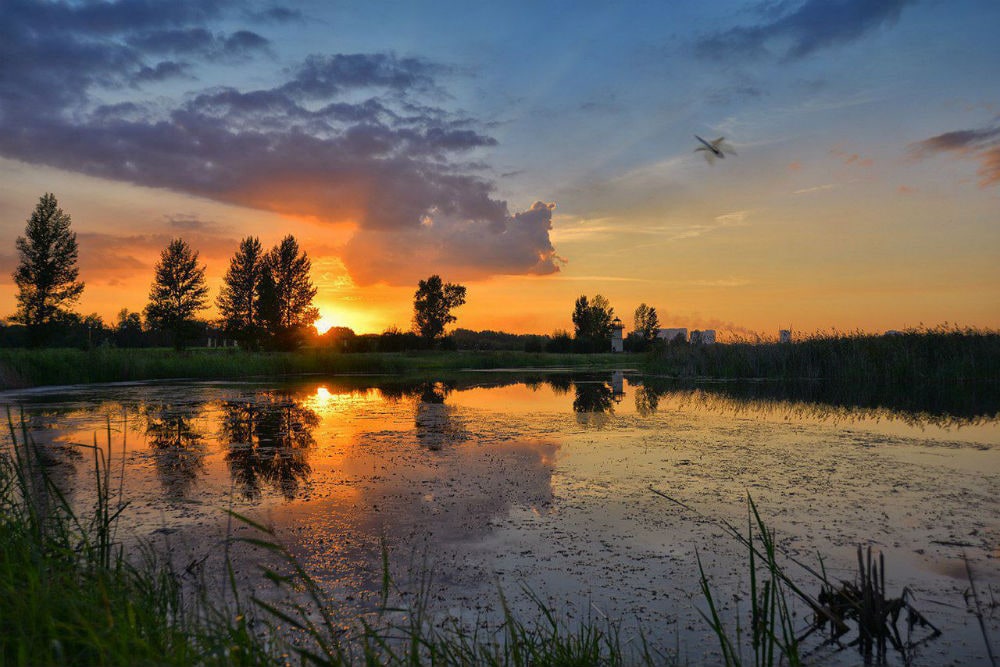 “Bird’s Harbor” is a natural park in the center of the metropolis. More than 150 bird species live here. Several dozen species nest right here, not being afraid of the proximity of cars rushing nearby and airplanes descending. Recently, a children’s leisure center and a tower with an observation deck appeared in the “Bird Harbor”.

Where is: left bank of the Irtysh river. The central entrance is at the Taxopark bus stop, on the street. Yeniseiskaya, but there is also an entrance from the side of the Park Pobedy stop.

Connoisseurs of good coffee, coffee and atmospheric establishments should definitely drop by SkuratovCoffe. Sage latte, orange raff and other delights are served here. The establishments are decorated in a loft style and attract young people.

For a quick and inexpensive snack, visit the Provision bistro-bakery. The walls are decorated with hand-painted plates and clay panels, the menu includes pancakes with a huge number of fillings, pastries, salads, meat and fish dishes, sandwiches, milk shakes with fruits.

There is an excellent restaurant “Senkevich” near the beach. It was named after the famous traveler Yuri Senkevich. The menu includes dishes from all over the world: from Russian pancakes with butter to quesadillas with cheese, from classic roast beef to kataifi shrimp with turandot sauce.