Imagine that you live in the Middle Ages, and the unique atmosphere of this mountain village will immediately become clear to you. Old Perisia was built in order to hide from pirates, which, however, did not allow it to become invisible to tourists.

On most Greek islands, cities and villages were usually erected on top of hills or in their hidden crevices. … This was a compulsory measure, as in past centuries the Greek islands were often raided by pirates and other profit-seeking invaders.

Another reason was that the inhabitants of the island wanted to hide from the coastal swamps, teeming with malaria mosquitoes. There are several such settlements in Corfu, most of which were abandoned by the inhabitants during the 20th century. The most famous of these is the “old” Perisia, located high on the northern slope of Mount Pandokrator. Now this village is becoming more and more popular with tourists.

Today Old Perisia is a place where the traditions of the past are still preserved. Some of the houses have been restored, but you can still wander among the dilapidated buildings with exterior staircases and carved brackets on long-absent balconies. Cobblestone paths lead to old wells and meadows, which in spring are covered with flowers of all kinds.

On the slopes and in crevices you can see olive groves, interspersed with walnut, cherry, almond and oak trees. Mount Pandokrator rises above the village. There are 4 taverns open for tourists, but to enjoy the true spirit of Perisia, you need to go down to the main square. 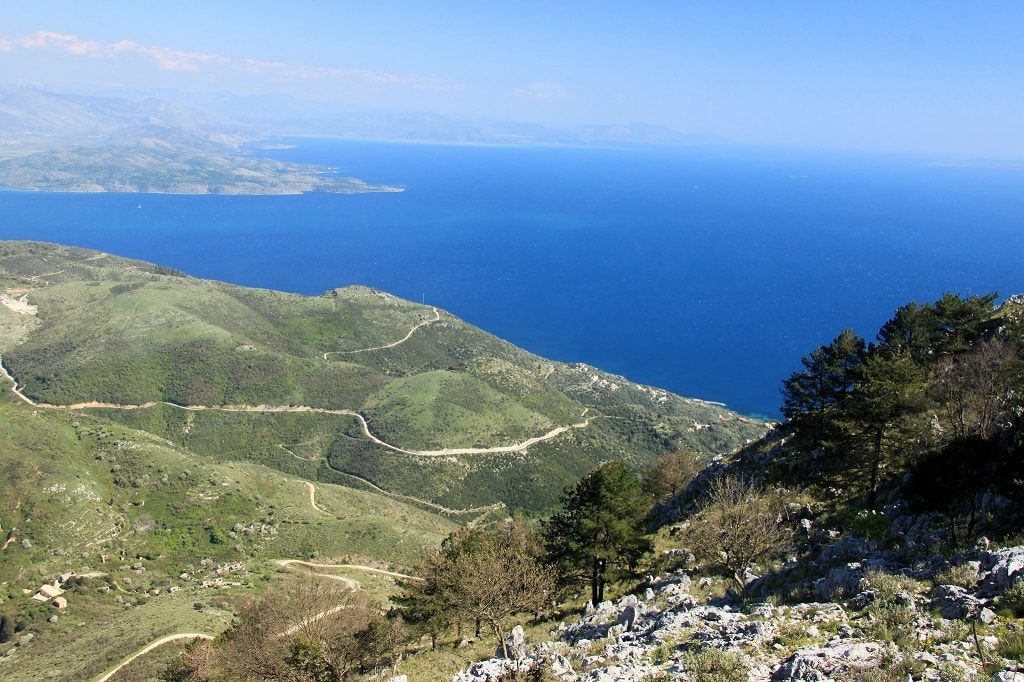 Kassiopi is the largest resort on the north-east coast of Corfu. It is quite crowded, but the old harbor and historic castle give this place a special traditional flavor.

Tourism in Kassiopi has a long history. The Romans built the Temple of Jupiter here, and it is believed that Mark Antony, Cato and Cicero visited here. Even Emperor Nero was passing through Kassiopi. Near the altar of Jupiter, he performed a dance and song ceremony – apparently, this was the reason for such popularity of club entertainment in Kassiopi. In the 13th century, the ruler of Naples built a castle on a mountain overlooking the harbor. Later, the Venetians practically destroyed the castle, fearing that it might be captured by the enemy. The restoration of the old castle walls is underway.

In the center of the main street of Kassiopi, there is the Church of the Blessed Virgin of Kassiopia, which was erected on the site of previous buildings that were on this site, including the Temple of Jupiter. The sacred icon of the Virgin Mary is kept here, which is said to have miraculous power to heal the sick. This belief is based on an ancient legend that once a boy was falsely accused of theft and blinded as punishment. Several years later, begging for alms near the church, the boy suddenly regained his sight and said that he had a vision of the Virgin Mary. 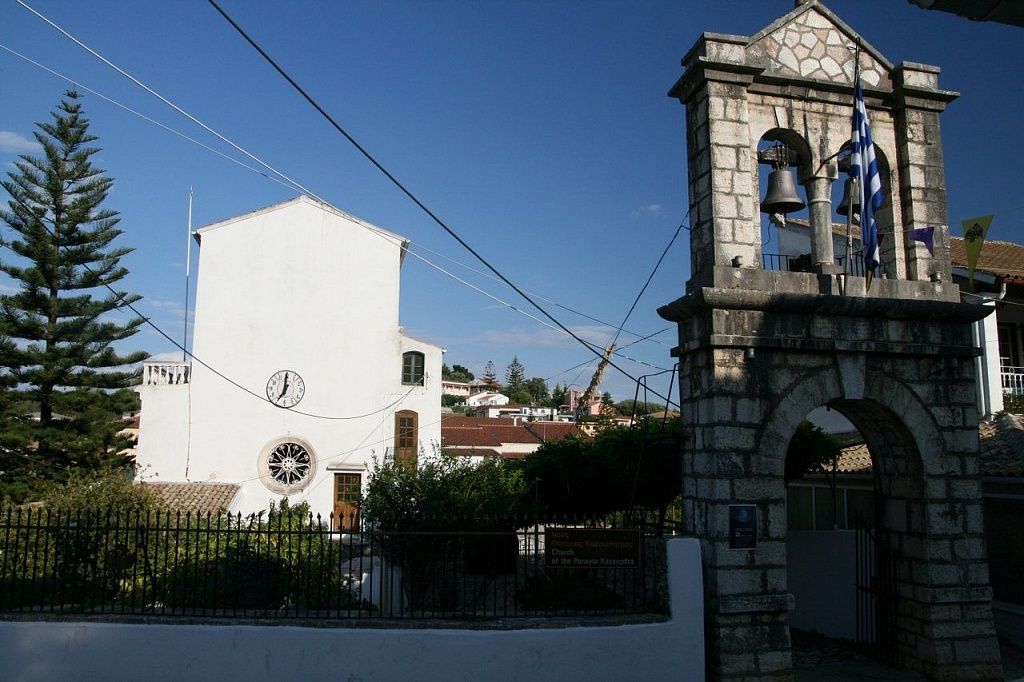 In addition to historical and religious values, Kassiopi is also known as one of the busiest and most popular resorts in Corfu, although the beaches here are quite small and rocky. However, this is offset by the presence of a large number of restaurants, taverns, bars, cafes and shops. In addition, regular boat trips to the neighboring larger beaches are organized during the summer. The city is renowned for its high quality lace and knitwear, which can be purchased from vintage shops.