Montenegro is not as popular among tourists as Italy or Turkey, but a small pearl of the Adriatic Sea is ready to surprise travelers with ancient castles, rich nature and extreme entertainment. Those who have managed to visit the mountainous country are advised to take a vacation for at least 2 weeks to see all the sights and fully enjoy their vacation. Moreover, the area of ​​its territory is relatively small (13,082 sq. Km), for comparison – it could fit approximately twice on the territory of the Crimean peninsula.

To maximally cover all interesting places in Montenegro , you can conditionally divide it into three parts:

– the coast of the Adriatic Sea and the country’s largest lake Shkoder (or Skadar), located in the south of the state, where most of the tourists go on vacation;

– National Parks Durmitor and Biogradska Gora, which are the most attractive points in the north of Montenegro;

– the central part of Montenegro with river canyons and beautiful lakes.

Since the summer is hot outside, let’s start with the seaside resorts. So what is worth visiting in the south of Montenegro?

Environs of the Bay of Kotor and the Adriatic coast. 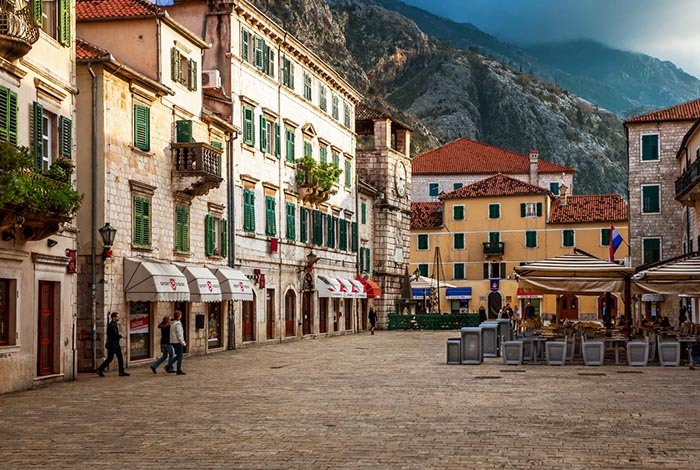 Separately, the old town Kotor should be mentioned – here you will find the charm of medieval charm, unsurpassed views of the area from the fortress of St. John, which encircles it with its powerful walls. You can also admire the view of the bay and the city from the observation deck at the South Gate (the so-called Gate of Gurdich). A large number of churches and temples can be noted, so even if you do not profess religions, you will undoubtedly appreciate the greatness of the architecture and atmosphere of these places (for example, the Church of St. Eustathius in Kindness, the Temple of the Virgin Mary in Prcanj, or even the tiny church of Elijah the Prophet on a cape by the water) … Another interesting historical attraction are the Austro-Hungarian forts of Gorazda and Vrmac, which are well preserved, but accessible only to the most curious travelers due to the remoteness of their location from popular tourist trails.

The small secluded town Perast also deserves a separate mention, near it you can see two small islets with churches on them – the man-made island of Gospa od Shrepela (i.e. the Mother of God on the rock) and the island of St. George , and in the town itself, around the beautiful light embankment, there are several castles (for example, the palaces of the Zmaevichs and the Bujovic brothers) and beautiful temples, as well as the city museum. 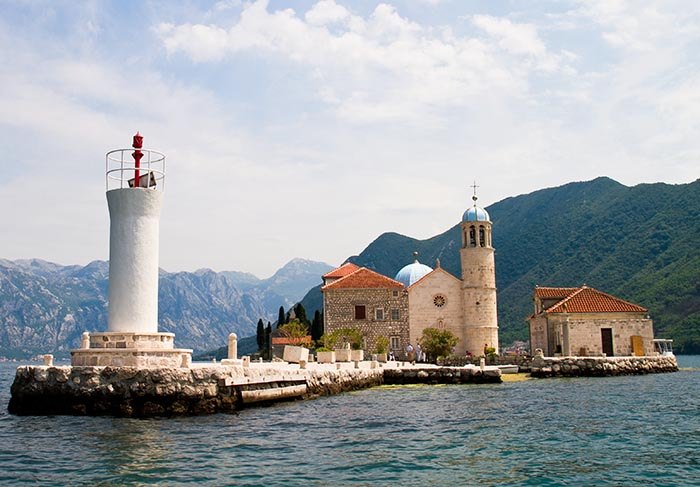 Lovers of ancient history will be curious to see the ancient Roman mosaics in the city of Risan.

In Tivat next to the beautiful well-groomed embankment near the port, ideal for romantic walks at any time of the day, you can find a small shady park with different animals, and if you go a little south to the airfield, you will find an amazing Kalardovo beach, etc. The island of flowers, which is actually not an island at all and there are no flower beds, but in isolation, there is a small temple with the remains of a monastery and the opportunity to admire the view of St. Mark’s island. Nature lovers will love Solila, a bird sanctuary on the site of a former salt mine. Even flamingos can be seen here, not to mention dozens of other bird species!

On the territory of the community Herceg Novi of the recommended places to visit, one can note such as the Mamula fortress, which is located on a small island and is well preserved, with its atmosphere transferring visitors to past centuries; or the Arza fortress, which is located on the mainland east of Mamula; not far from it is the Blue Grotto, which can only be reached from the sea, and of course the eponymous Old Town of Herceg Novi with its fortresses and towers: for example, Sahat Kula, a clock tower from the Ottoman Empire, depicted on the coat of arms of the city; the Turkish fortresses of Kanli-Kula (or Bloody Tower) and Shpaniola; and also one of the first in the city – the Sea Fortress, where concerts and film screenings are now held. 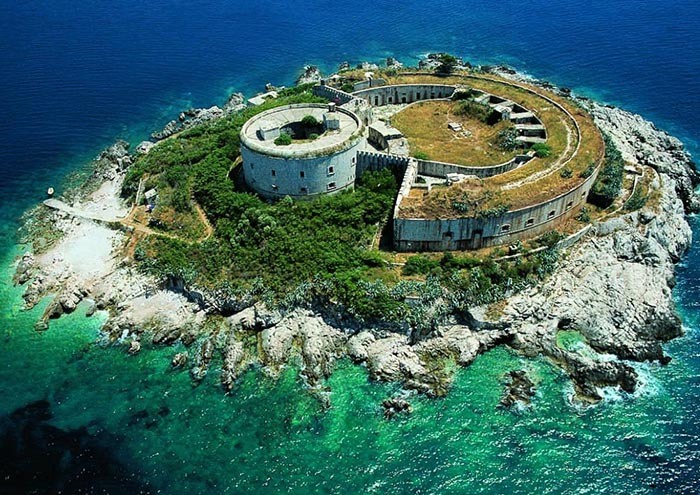 In Budva , in addition to the ancient quarter, surrounded by a fortress wall, and retaining the atmosphere of a medieval seaside town, as well as ancient temples, you can visit the Citadel – an ancient bastion that today serves as a tourist entertainment complex; the island of St. Nicholas – to be alone with nature, to enjoy the beaches, sun, sea, species of wild animals and forests.

Good news for beach lovers – the Adriatic coast has tons of wonderful beaches, many of which have been awarded Blue Flag awards for the purity and quality of water and developed infrastructure (you can see them on our map after the article).

Read the continuation of the story about the sights of Montenegro in the following articles!

Montenegrin coast hotels on the map