Istanbul is a popular tourist city located between Asia and Europe. This city is the owner of the richest history, cultural heritage and amazing color. At different times, Istanbul has been the capital of three impressive empires: Ottoman, Byzantine and Roman.

A huge number of tourists visit Istanbul every year. The local beauty and many attractions make the city popular for different categories of vacationers. In Istanbul, you can not only enjoy the wonderful creations of architecture, but also have a wonderful time in various institutions and, of course, it is impossible to visit this city without shopping. Still, the main direction of recreation in this city relates to sightseeing. 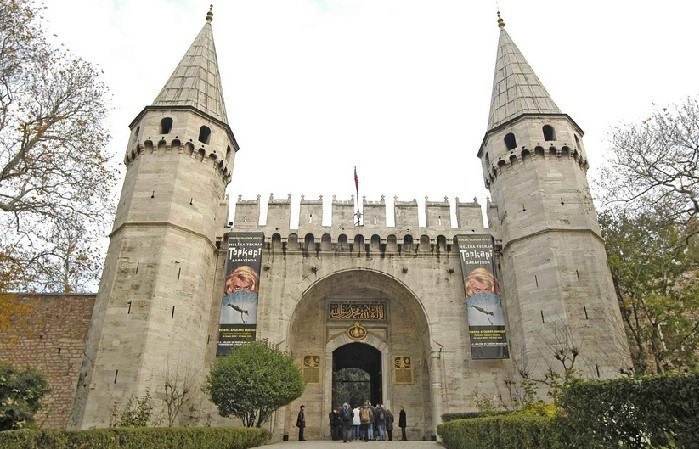 The Topkapi palace complex is located on the cape, which borders the Bosphorus Bay. Tourists spending their holidays here are always delighted with the amazing views.

There are museums in the palace building. One of the most popular is the Museum of Archeology, which displays many exhibits:

In the central building of the palace complex, there is a museum with a collection of war trophies, everyday items and gifts.

The entrance to the territory of the palace complex is paid, however, the ticket price is quite democratic. The buildings were built in the 15th century, which makes it possible to enjoy not only the exhibits, but also the architectural features of that time. There is a beautiful park around the palace pavilions, where you can enjoy nature during a break between excursions. 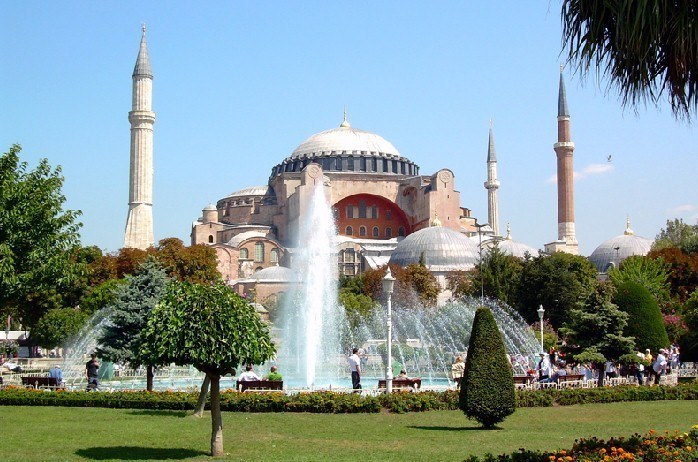 The construction of the Basilica of Divine Wisdom was started by order of Emperor Justinian after the destruction of the previous church that stood on this site. Twenty years after the completion of construction, the dome of the basilica collapsed. The reason for this tragedy was a mistake made during the construction, which cost the architects the cost of their lives. The dome was restored in 563. The new structure was a real work of art – windows were installed around the perimeter of the dome, which created a picture of an element floating in the air.

Hagia Sophia was considered the main building of Constantinople for 900 years, after which it was turned into a mosque by order of Sultan Mehmet the Conqueror. Minarets were added to the basilica, and images of Byzantine saints were hidden with a thick layer of plaster. It is thanks to this method of reconstruction that these images have survived to this day.

By the decision of Ataturk in 1935, Hagia Sophia was converted into a museum. At this point, the layer of plaster covering the mosaics with the images was removed. The basilica is dominated by Arabic chronicles, however, you can also find Christian icons here. Particularly noteworthy is the bronze and marble column located in the northern wing. According to the beliefs of the legend, holy water oozes from this column. 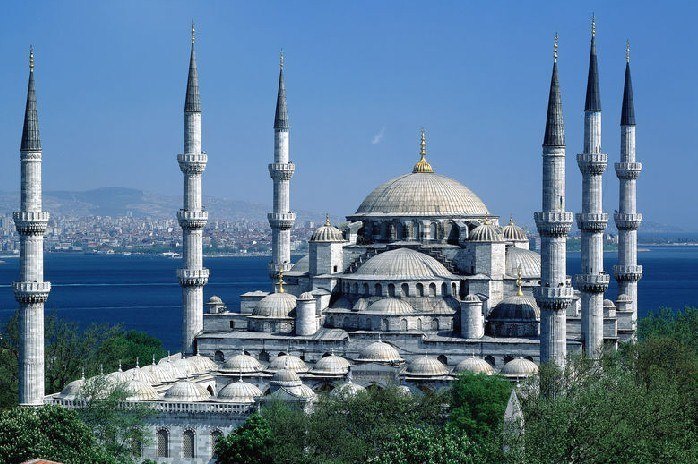 The Blue Mosque (Sultan Ahmet Mosque) is an analogue of the Hagia Sophia Basilica. Sedefkar Mehmet Agha wanted to create a structure superior to the Orthodox basilica. The opinion of most connoisseurs of architectural art is that the architect has managed to achieve his goals. The construction of the Blue Mosque was carried out in the period 1609-1617, which differs from the time of the construction of Hagia Sophia by almost 1100 years. Most tourists who come to rest in Istanbul are delighted with the grandeur of this building.

The decoration of the mosque deserves special attention – twenty thousand small tiles of green, blue and red-brown colors are used in the decoration of the courtyard, as well as protruding details. A prayer niche carved into the wall facing Mecca will also delight the eyes of tourists. The mosque is closed for visits during prayers – 5 times during the day. 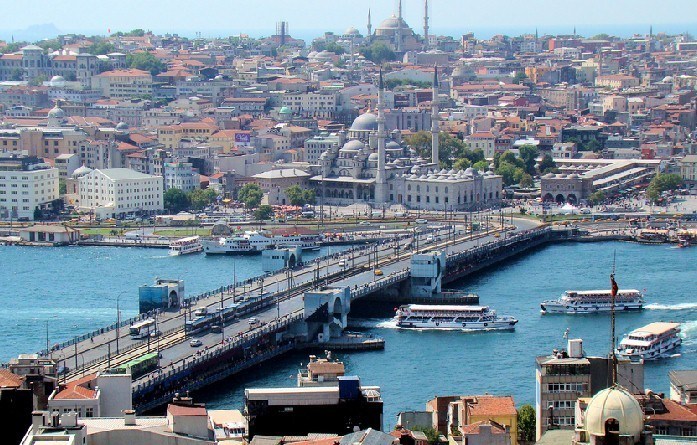 Galata Bridge is considered a favorite place for fishermen in Istanbul. Hundreds of fishing enthusiasts gather here. The bridge connects the Sultanahmet quarter with the city center. Getting from the city center to this quarter, you can pay attention to many tourist places. One of the most popular for holidaymakers is the Grand Bazaar – an indoor market, one of the largest in the world. A visit to this market will be a memorable event for many tourists. You can buy here:

There are more than 4000 shops on the market with a wide selection and reasonable prices. Every day this place is visited by about three hundred thousand people from different parts of the world.

Boats leave near the Galata Bridge, with the help of which you can make an exciting excursion. The excursion passes through the Bosphorus, which connects the Black and Marmara seas. Also, the strait separates Asia and Europe, which makes it even more exciting for tourists. The strait is 32 km long, and the narrowest point is 640 meters. Guided tours of the strait last about two hours. The ships pass along the Asian and European sides, which provides an excellent opportunity to view local buildings. By the way, the strait is connected by the beautiful Bosphorus bridge, which you can also admire to your heart’s content.

The sights of Istanbul include national celebrations. A huge number of them are held here. You should definitely pay attention to the large restaurants located in the city center. National flavor, excellent cuisine and excellent service will surely leave only positive emotions.

Before traveling to Istanbul, you need to plan in advance all the places that will be included in your itinerary. In this city, even a year will not be enough to see all the interesting sights. This is why a short list of key points of interest will be very helpful.