Voronezh has long been called the intellectual center of central Russia and the capital of the Chernozem region – the intelligentsia has always played a significant role in the life of the city, which today has about 100 thousand students and seven large state universities. However, the federal media noticed Voronezh only in 2011-2013. The city began to be called the new cultural capital of Russia – the annual Platonov Arts Festival appeared in the region, and the famous producer and theater director Eduard Boyakov, who brought a modern theater to Perm a few years earlier, came to instill in Voronezh residents a taste for contemporary art. Boyakov’s projects were curtailed in May 2015, but the impetus remained – a new audience was born in provincial Voronezh, for the sake of which new cultural spaces are still being opened, parks are being restored, more and more festivals are being organized and, in general, making the urban environment more and more comfortable. We will tell you about where to visit in order to get the most complete impression of Voronezh below.

The easiest way to get to Voronezh is from Moscow – several branded trains, including double-deckers, run between the cities every day. Several airlines operate regular flights Moscow – Voronezh. The cheapest ticket costs 2,500 rubles, and the flight lasts 1 hour and 20 minutes. Also for the weekend, residents of Lipetsk, Kursk, Orel, Belgorod, Tula and other cities of central Russia come to the capital of the Black Earth Region.

Approximate travel budget for one person – from 3,500 rubles. * 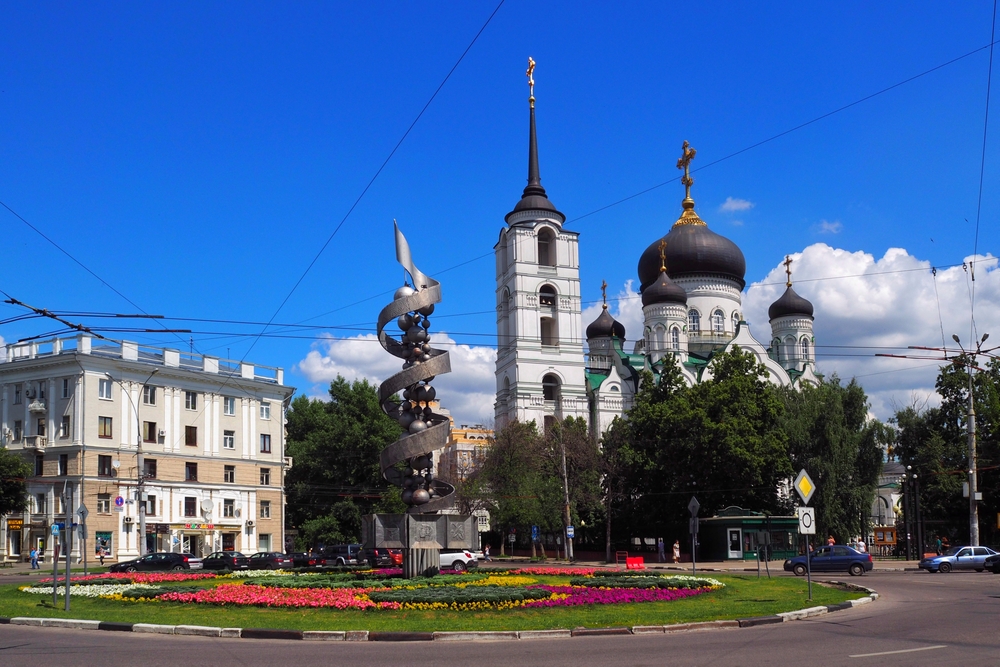 You can start walking around Voronezh right from the Voronezh-1 railway station. Guests of the city can walk along the wide Mira street, built up with majestic buildings in the Stalinist Empire style. It will lead tourists to an unusual monument of Soviet science, cast in the form of a DNA molecule or a Mobius strip. Orlyonok park is located next to the monument. Previously, there were many attractions in the park, now it is under reconstruction, but you can still relax on the benches in the shade of chestnuts. In front of the park there is a monument to the poet Osip Mandelstam, who lived in exile in Voronezh for three years.

Where: intersection of Mira, Friedrich Engels and Feoktistov streets. 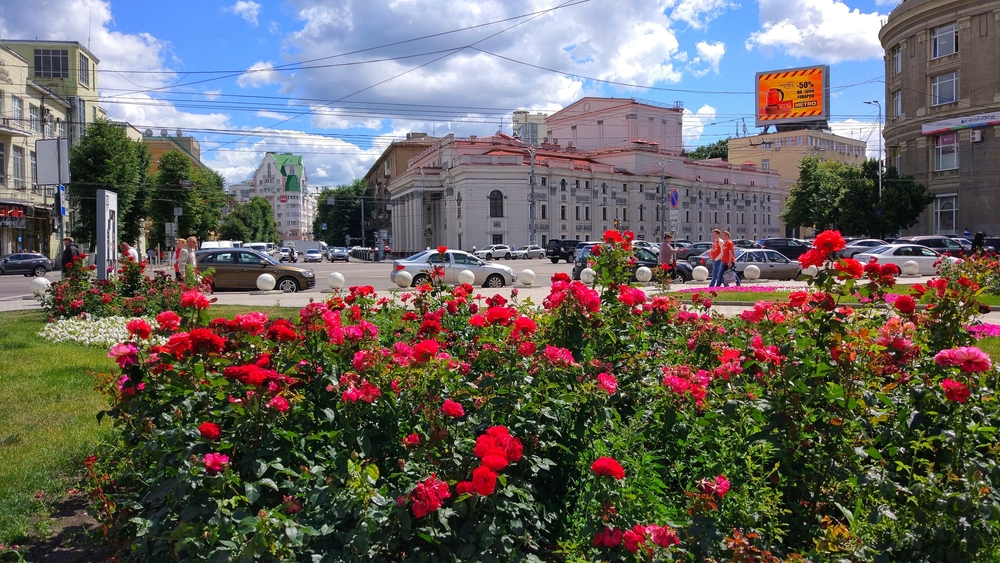 Avenue of the Revolution

Revolution Avenue is the central street of the city. Perhaps the largest number of architectural monuments from different centuries is concentrated here. The building of the hotel “Bristol” is one of the few surviving monuments of the Art Nouveau era in the city. The bright red-orange house, decorated with tiled mosaics, is a former hotel where Mayakovsky, Ostrovsky and Bunin stayed, built at the end of the 19th century. Yellow house number 22 – the residence of the last Voronezh pre-revolutionary governor. By the way, the governor himself and the ball in his house are mentioned in Leo Tolstoy’s novel War and Peace. An attentive tourist will also notice a small blue building in the center of the street – at the beginning of the 20th century there was the editorial office of the Kommuna newspaper, where the young Andrei Platonov worked. And at the beginning of the avenue there is a monument to the great writer. Today the avenue attracts the townspeople with a variety of cafes and restaurants for every taste. During the holidays, it is on Revolutsii Avenue that traffic is blocked so that the Immortal Regiment on May 9, a parade of street theaters on the Day of Russia or a dozen open concerts on the Day of the City can pass along the main city artery. 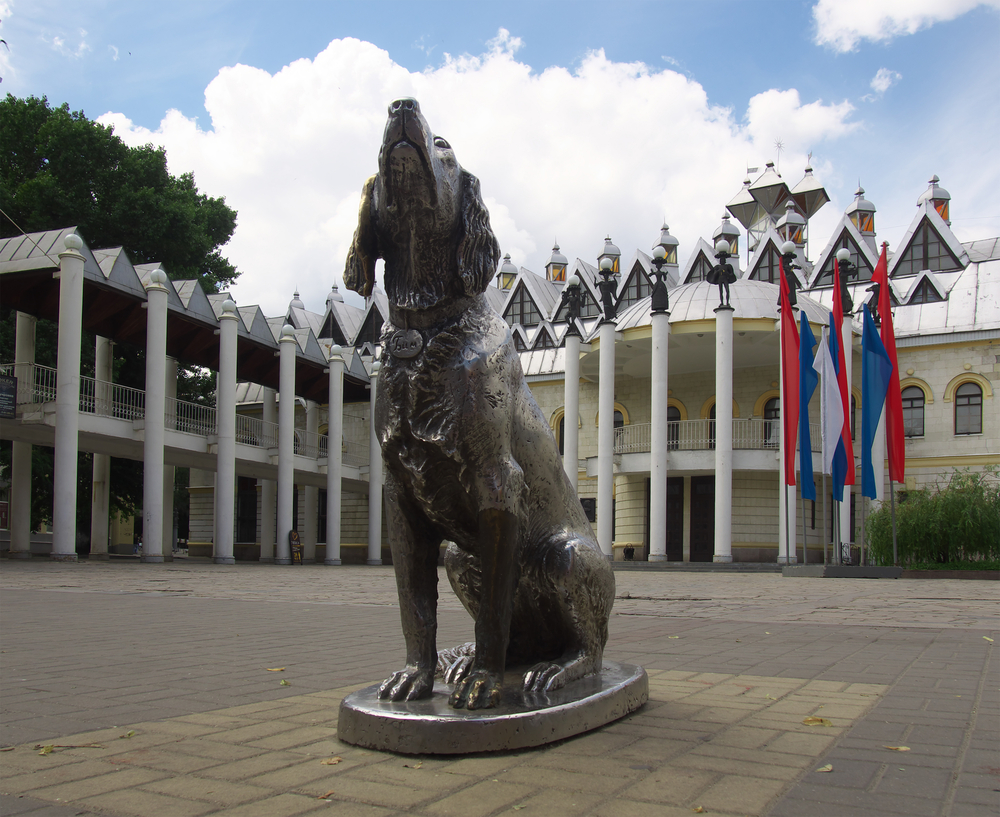 The Voronezh State Puppet Theater “Jester” named after Volkhovsky deserves a special mention. Four Voronezh architects who worked on the project of the theater building were awarded the State Prize of the Russian Federation immediately after the completion of construction in 1984. This is the only theater in Russia that has its own museum, where all the puppets of the performances taken from the repertoire are kept. Today the theater has two stages, one of which is designed for the 24 smallest spectators – performances of category 0+ are staged here. The building is unusual outside and beautiful inside. Through two floors of the theater there is a through cage where songbirds live. In the inner courtyard of the theater, there are sculptures of characters from popular Russian fairy tales. In the fountain in front of the entrance, you can see Thumbelina on a water lily leaf. The “puppet” ensemble is completed by a huge clock with fairy-tale characters on the wall of a neighboring building. But the main character of all tourist pictures invariably becomes White Bim Black Ear. A metal monument to the legendary setter from the book of Gabriel Troepolsky appeared in the city in 1998. The writer himself, who lived all his life in Voronezh, consulted sculptors. Beam is cast in full size. There is no pedestal at the monument – the dog sits right on the ground, patiently waiting for its owner. His name is engraved on the collar plate. The “black” ear is made of bronze.

The main repository of academic art in Voronezh is the Kramskoy Museum. More than 20 thousand works are kept in the funds of the museum: from antiquity to art of the 20th century. The Egyptian collection of the Voronezh Museum is the third largest and most important in the country. Several years ago, the Egyptian hall of the museum was restored at the expense of patrons. Now visitors can see from all sides the unique sarcophagus of the royal scribe Nesipaherentahat, many statuettes of ushabti and other antiquities. 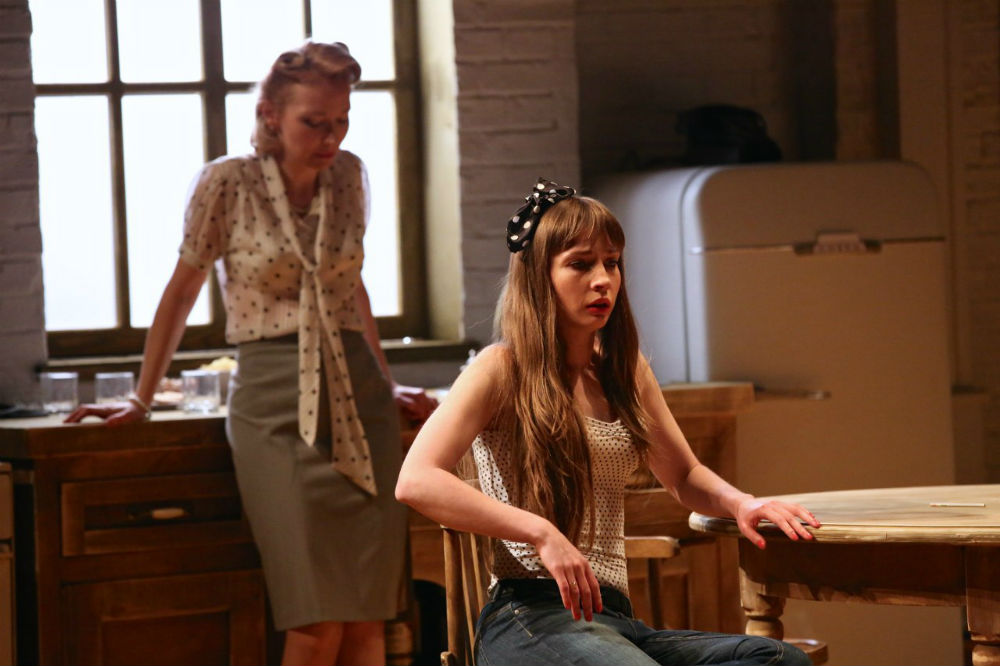 Turning to the right from Revolyutsii Avenue, you can get to the quiet shady pedestrian Karl Marx Street. The Chamber Theater, the only private theater in the city, headed by the famous theater director Mikhail Bychkov, has been living here since 2014. Kamerny is a multiple laureate of the Golden Mask national theater award, a participant in many festivals, recognized by critics as one of the ten best provincial theaters in the country. The theater building itself is constantly among the nominees and laureates of various architectural and design awards. To get to the theater, you don’t have to buy a ticket for the performance: the Kamernoye has an art gallery that regularly hosts exhibitions, a theater club where video screenings are held, and a cafe, so the entrance to the theater is open to everyone. 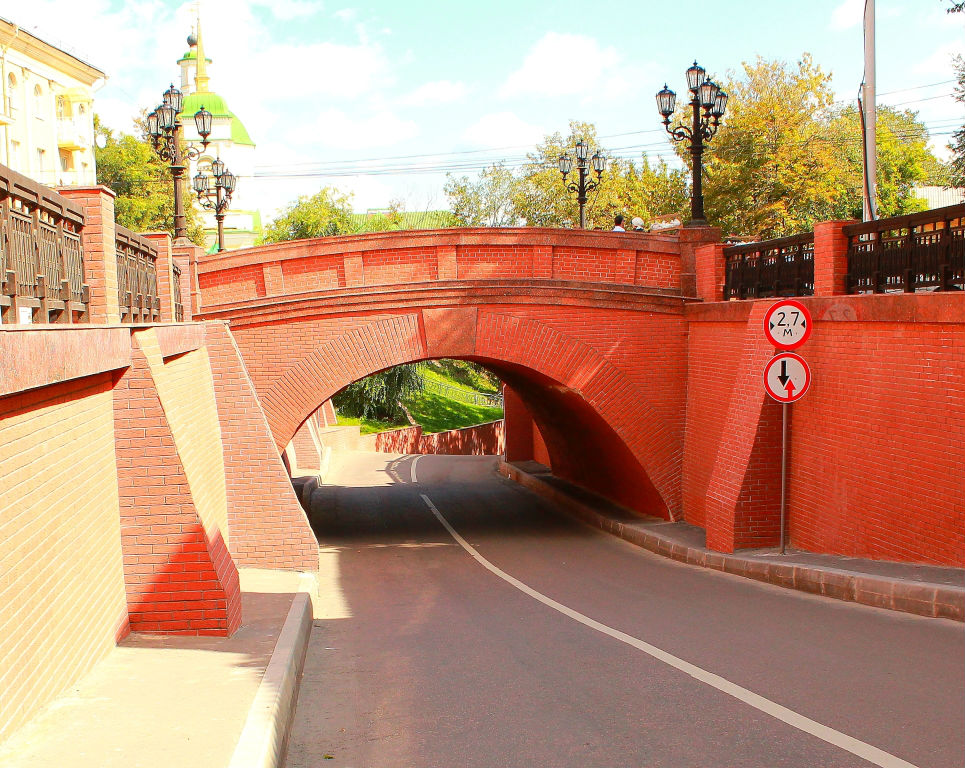 One of the most “postcard” places in Voronezh is the Stone Bridge, which appeared in the city in the 19th century. At the time of construction, it was the first brick bridge in Voronezh, but then this material was called stone, so the bridge got its name. Kamenny Bridge is one of the few structures in Voronezh that has survived almost in its original form for 200 years. Today the Stone Bridge is also called the Bridge of Lovers – it is the main wedding attraction of the city. It is across this bridge that the grooms carry the brides in their arms. Every weekend, celebrating companies gather here, smashing champagne bottles on the bridge and releasing pigeons. Previously, newlyweds hung locks with names on the metal railings of the bridge, but after reconstruction the fences were made brick, and this became impossible. The stone bridge is surrounded by the Resurrection Church, the building of the former Alexandrinsky shelter and several other buildings built in the late 19th – early 20th centuries, which makes this place ideal for romantic photos.

Where: intersection of Karl Marx and Chernyshevsky streets. 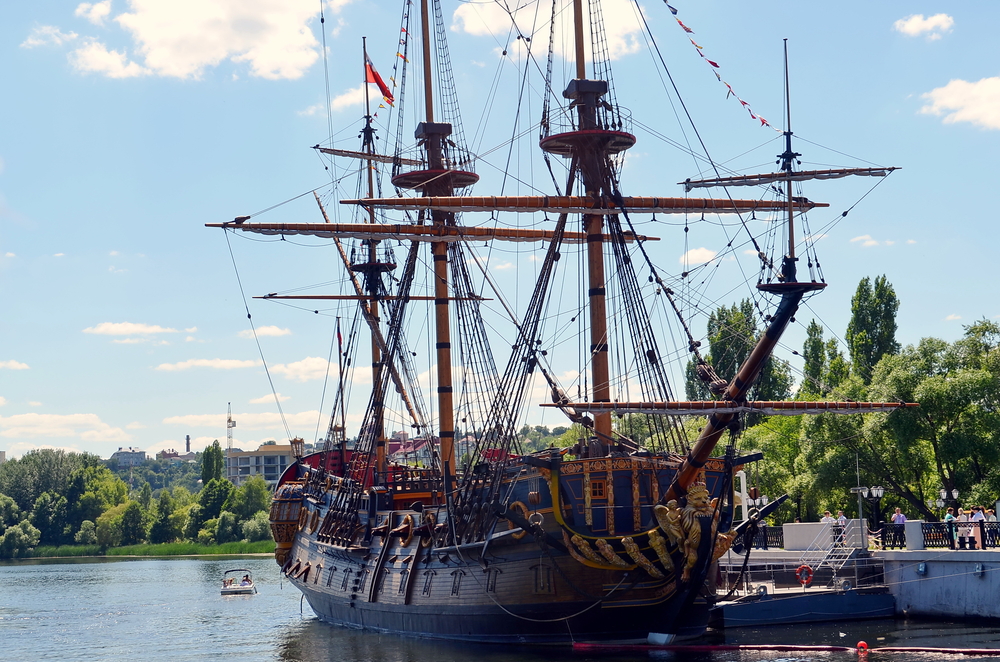 Voronezh is rightfully called the “cradle” of the Russian fleet – it was here that Peter I founded the country’s first shipyard and created a fleet that fought during the Russian-Turkish war. One of the first ships launched into the water was the 58-gun battleship “Goto Predestination” or “God’s Foresight”, created according to the project of Peter himself, some of the works the emperor personally supervised. In 2014, the museum ship “Goto Predestination” was launched in Voronezh – an exact copy of the first Peter’s battleship. Today, there is a naval museum on board; the interiors of the 17th-18th centuries have been recreated inside the ship. On holidays, the ship goes sailing in the water area of ​​the Voronezh reservoir. Films and television series are periodically filmed on the Voronezh battleship. 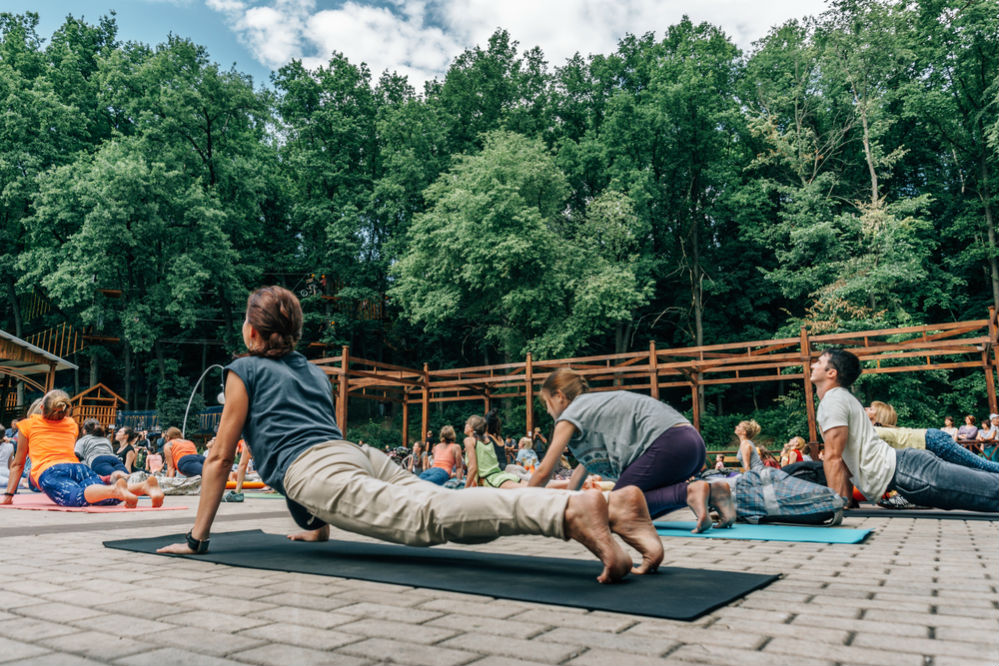 Despite its name, Central Park, formerly called Dynamo, is located outside the city center. Nevertheless, after a large-scale reconstruction, the park can be safely called a center of attraction and a favorite place for rest of the townspeople. The park has many playgrounds, catering points, stables where you can ride horses. During warmer months, concerts and performances are held almost every evening at the Green Theater, the largest open-air auditorium in Voronezh. 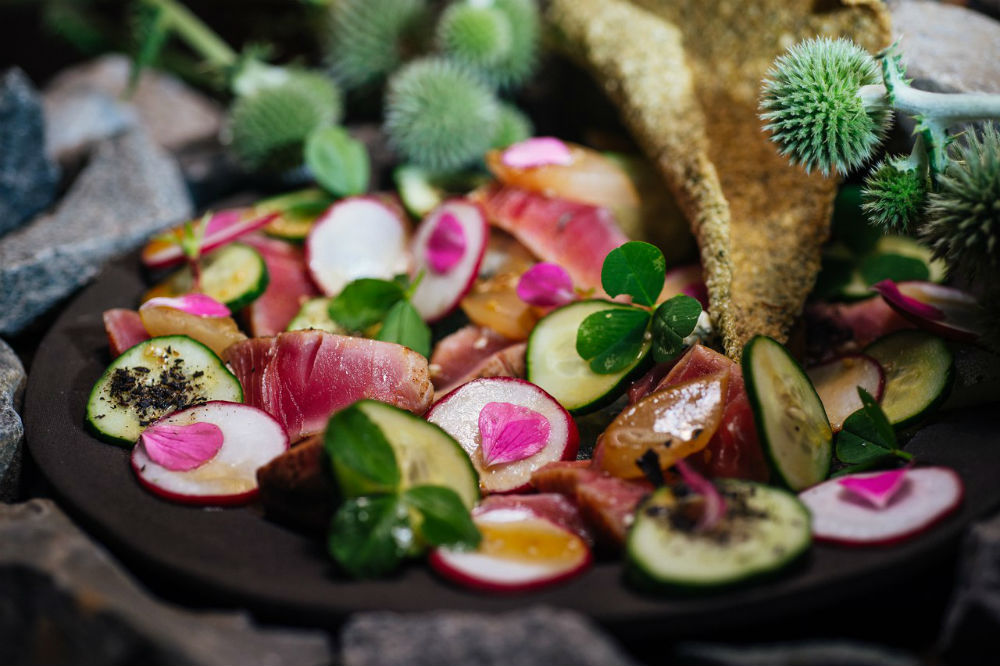 Voronezh has many cafes and restaurants for every taste and budget. In recent years, Komissarzhevskaya Street has become the center of gastronomic tourism, which is now often compared to the famous St. Petersburg Dumskaya Street. There are Olen dumplings-bar, BKWSK and Vyshka bars, Pushka summer courtyard, Dja + GO restaurant, Ptichka coffee shop, Pita-tochka snack bar, Zhigulevsky restaurant-bar. For the best desserts in the city, feel free to head to the Sugar Bakeshop (Taranchenko, 29), for coffee – to the Perfetto Cafe chain, and evaluate interesting cuisine – at JUST Bar & Kitchen (Pushkinskaya, 1). 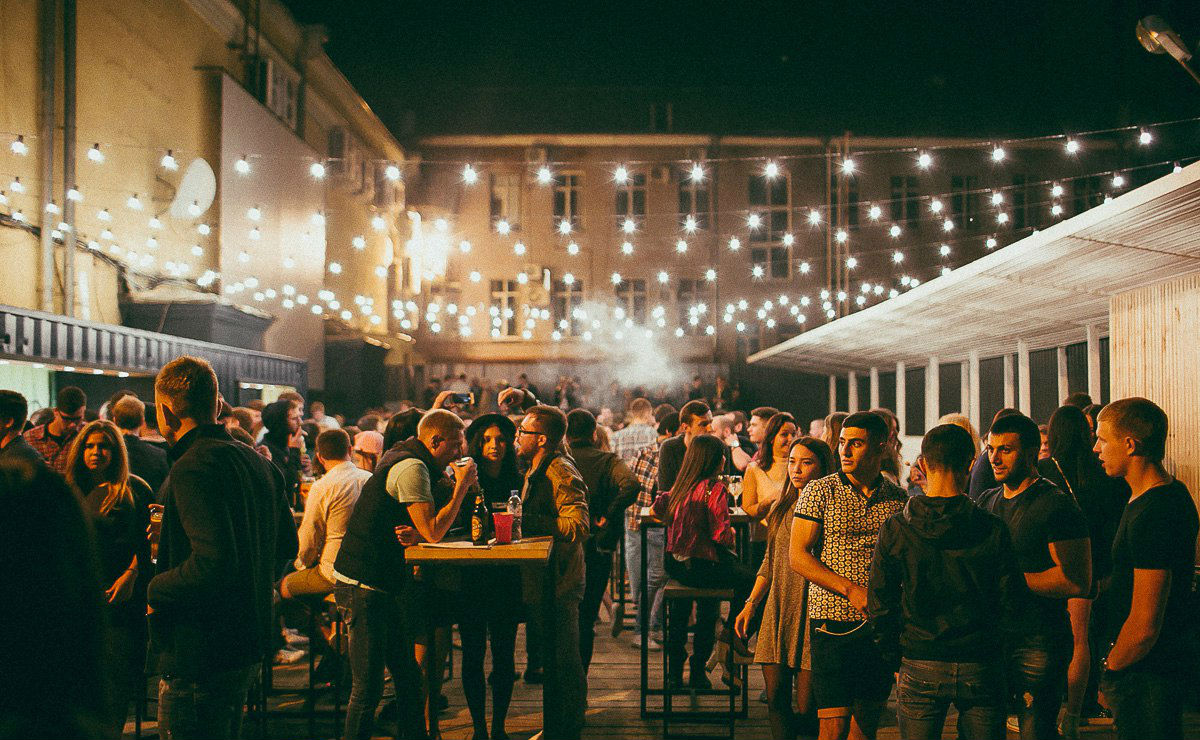 Favorite places of fashionable Voronezh youth are the Pushka yard, the Petrovsky book club (20 Let VLKSM Street, 54a) and Petrovsky Square on Revolution Avenue, the Dom art space (Revolution Avenue, 46). These spots host open-air movie and cartoon screenings, meetings with writers and musicians, open lectures on the urban environment and art, exhibitions, and the best nightly parties in the city. If you have nothing to occupy your free evening in Voronezh, feel free to check the poster of one of these places to find yourself in the epicenter of the city’s creative movements.

Author of the text: Olesya Goryacheva