“It is not worth the sorrow of either wives or friends, the life of a gladiator is the Colosseum!”

A line from the song of the “Aria” group accurately reveals the purpose of the famous building of Ancient, and now modern Rome, and, perhaps, the most unique is the arena for spectacles called the Colosseum. This article is devoted to this emu.

Long before the construction of the appearance of a huge structure in the inner territory of the Golden House of Nero, there was an artificial lake, which was subsequently covered with sand by order of the Emperor Vespasian. Representatives of one of the most noble Roman dynasties – the Flavian Dynasty decided to perpetuate the glory of their kind. To do this, they commissioned a project of a grandiose amphitheater to the architect Quintius Aterius, who began construction in 72 AD. The planned amphitheater, consisting of materials from the destroyed Golden House of Nero, began to be erected – this was how the strengthening of the cult of the newly-made Emperor began. The Colosseum was built for 8 years, it consisted of 5 tiers and special separate entrances, exits and places for the nobility and the poor. 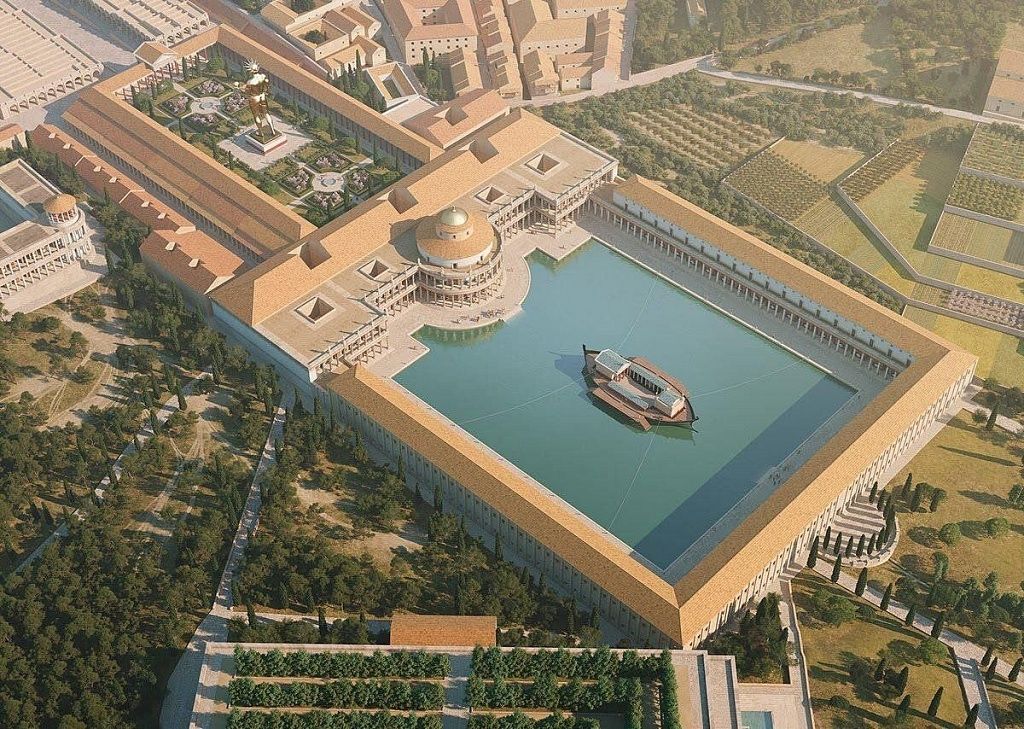 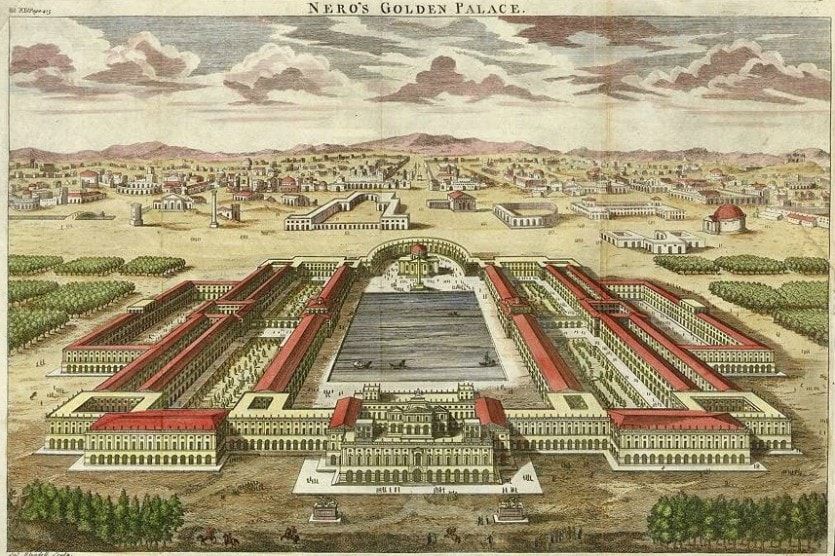 The horror of this structure, beautiful in all its characteristics, consists, firstly, in the spectacles that were held in it. The most famous of them are gladiator fights, in which the life of the loser depended on the desire of the crowd, often rude and heartless, who did not consider slaves to be people, the unequal struggle of slaves with wild animals (not only lions and tigers, but also elephants, horses and bulls), naval battles (reconstruction of naval battles, where human casualties are real) and much more. 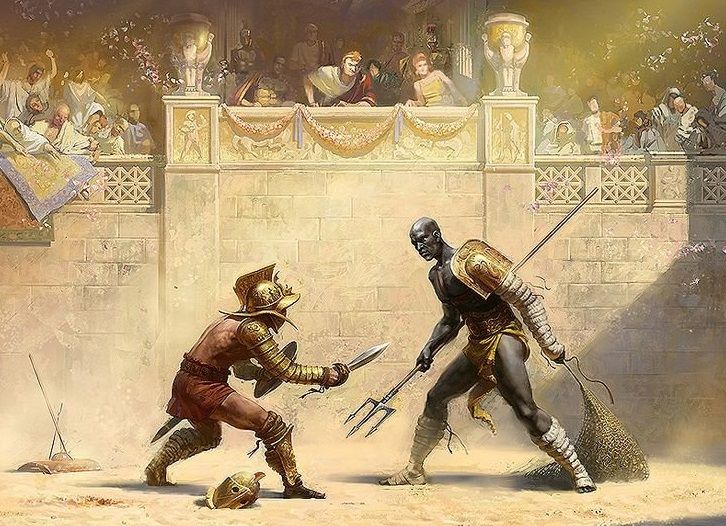 Secondly, in the fact that all these atrocities (the Romans did not consider them as such, but perceived them as ordinary entertainment), these so-called spectacles were organized to distract attention. Dissatisfaction with politics, the regime, the level of well-being – it was impossible to allow citizens to focus on these thoughts. We need a red herring – spectacles, entertainment, devouring human time, strength, conscience. 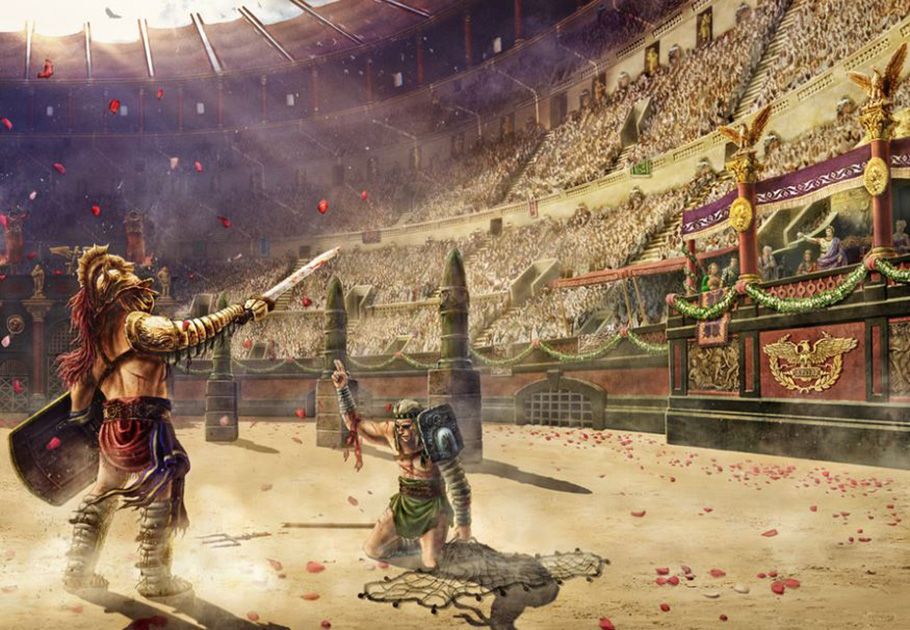 Such a pastime brought Roman citizens into an even more lowered moral state, almost bestial: when cruelty, suffering and death bring pleasure.

The origin of the arena’s name is not known for certain. There are many options. One of the most common is the one that refers, to the word, colosseum – “colossal”.

But the horror is over. The arena has acquired a new purpose. The fact is that in connection with the fall of the Roman Empire, the costs of maintaining the Colosseum were sharply reduced, the spreading Christianity brought with it a ban on killing not only people, but also animals. 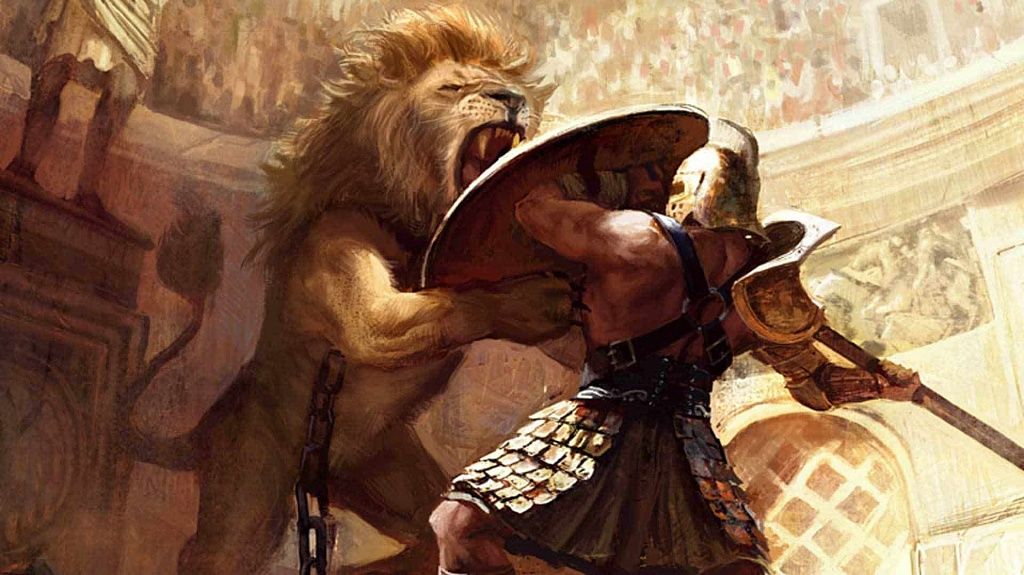 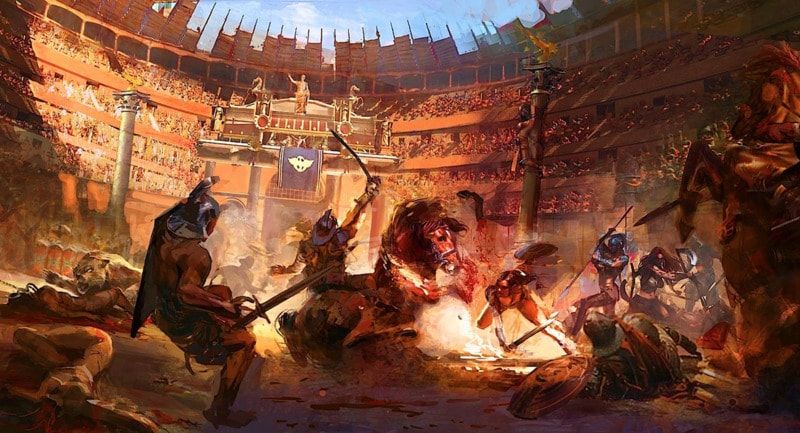 After such changes, the gradually collapsing Colosseum was both a refuge for the homeless, and a place for church activities, and a source of building materials for other structures in Rome.

However, the architectural solutions and techniques used in the construction of the amphitheater are still used. For example, this applies to the shape of the structure. It is very convenient, as it excludes the performance in the corners (which simply did not exist), where nothing could be seen from a certain angle. Modern sports facilities use this technique to this day.

Surprisingly, the Colosseum even had elevators. They were raised and lowered with ropes and chains, and the arena could be filled with water if necessary.

The number of seats is also striking – 50,000. For comparison, the Olympic stadium in Moscow can accommodate only 35,000 spectators. So a real miracle of engineering has survived to this day. 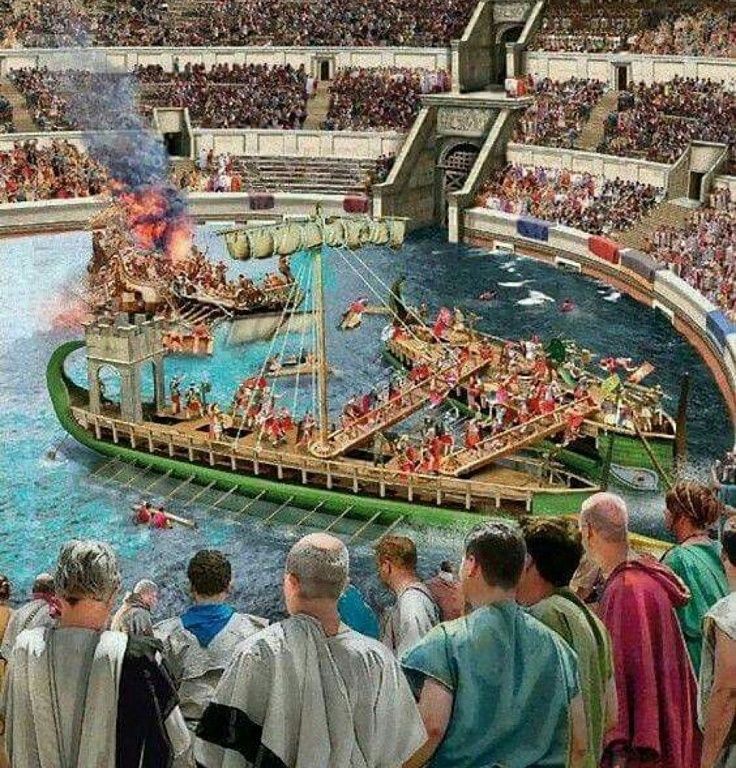 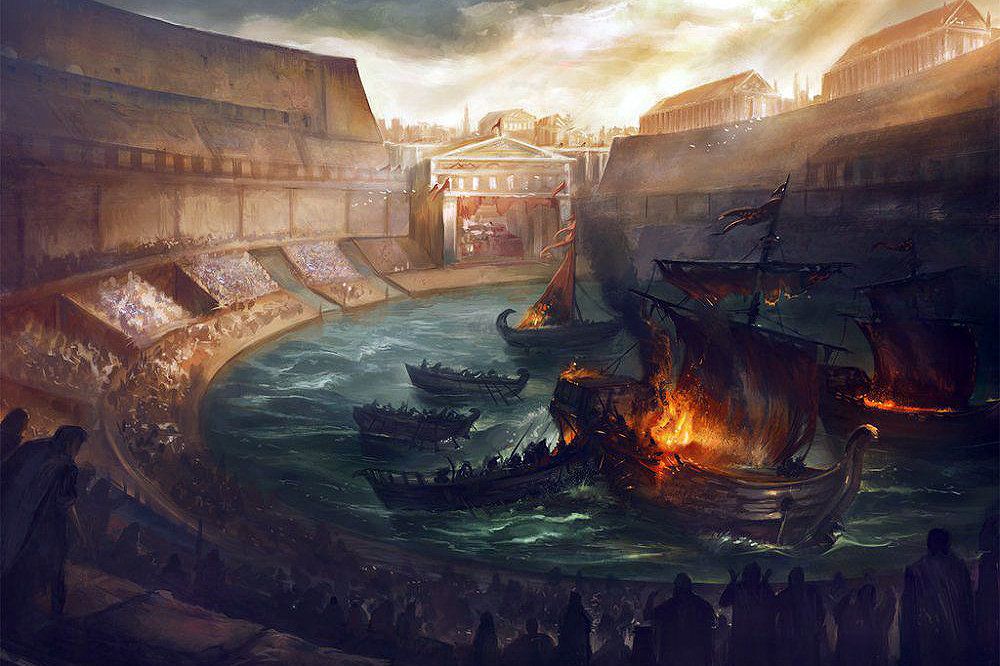 Why visit the Colosseum?

In this place, you can feel the connection of times, the connection between antiquity and modernity, their interpenetration. Such a place is charged with energy for a long time. Also, an indisputable plus is that with one ticket you can see several tourism objects, since the same ticket is valid for 2 days and applies to visiting the Forum and the Palatine Hill.

Undoubtedly, you need to use the opportunity to like or dislike this object, as the ancient Romans did, but not deciding someone’s fate, but simply expressing your emotions and impressions. 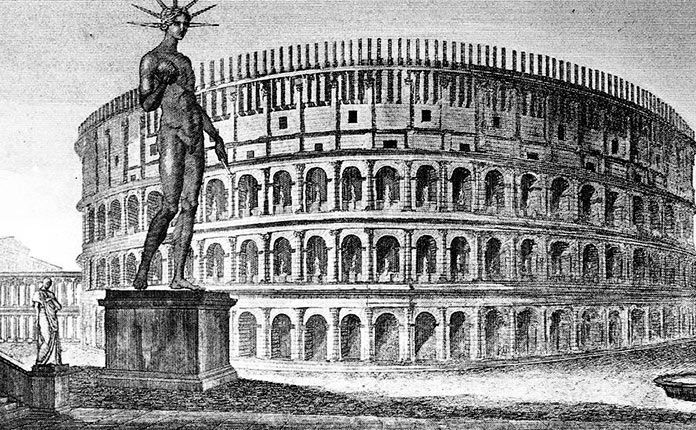 How to get there?

Like many landmarks, the Colosseum is located in the central part of Rome, at the end of the Imperial Forums.

You need the fate that, like any museum, there are days off. For the Colosseum, this is May 1, January 1, December 25. There is also a free admission day – this is the first Sunday of each month. The flip side of the coin of this fact is that these days the number of people wishing to visit the arena increases many times. 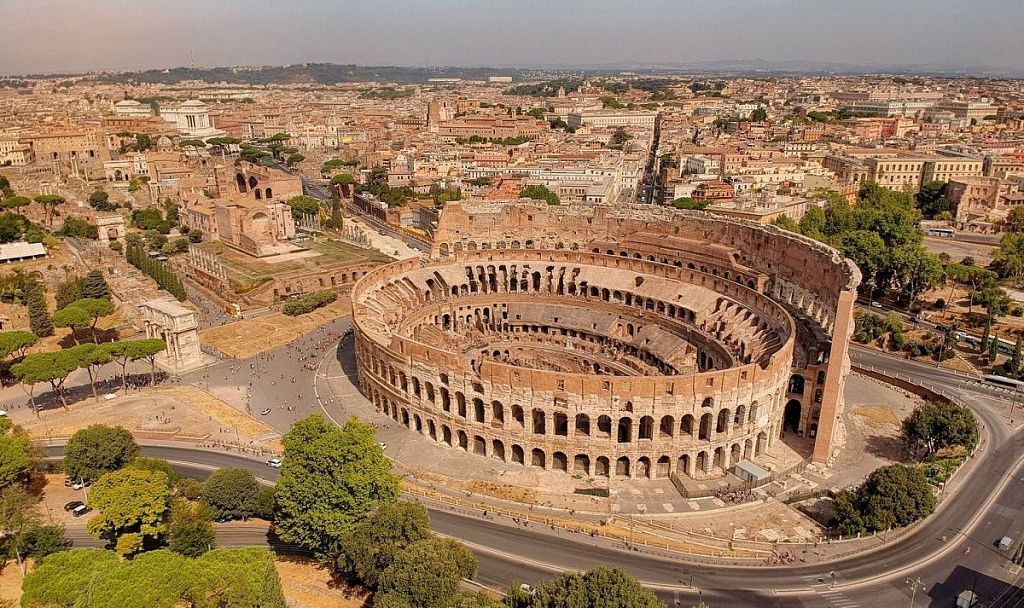 Another common advice that can be applied to almost all attractions in Europe is to buy tickets in advance via the Internet. This will help you avoid hours of waiting in line under the scorching Roman sun. You can also avoid queues by purchasing a ticket at the Palatine or Forum. There are usually no tourists there.

Also, many tourists purchase a Roma Pass card. It costs 30 euros and gives the right to visit two museums, travel by public transport and a discount on viewing the following tourist sites. For a single visit, you will need to pay 12 euros.