Sochi has been the main Russian resort of the last decade. The Olympics and the FIFA World Cup have turned the “all-Russian health resort” into a modern resort town, albeit with some colorful features. Despite the significant increase in prices, there is still plenty to do and have fun in Sochi, even with absolutely empty pockets.

Go to the beach

Modernization is modernization, but a huge number of people still go to Sochi solely for the Black Sea and beach holidays. In recent years, the central beaches have noticeably changed: they have been refined, cleaned and various activities have been added (on the Riviera beach there is a training complex and a volleyball court – everything is freely available). A little advice: although the central Sochi beaches are now really decent, do not be too lazy to get to the wild beaches on the border with Abkhazia with crystal clear water and a much more modest number of tourists.

Combine business with pleasure on the health path 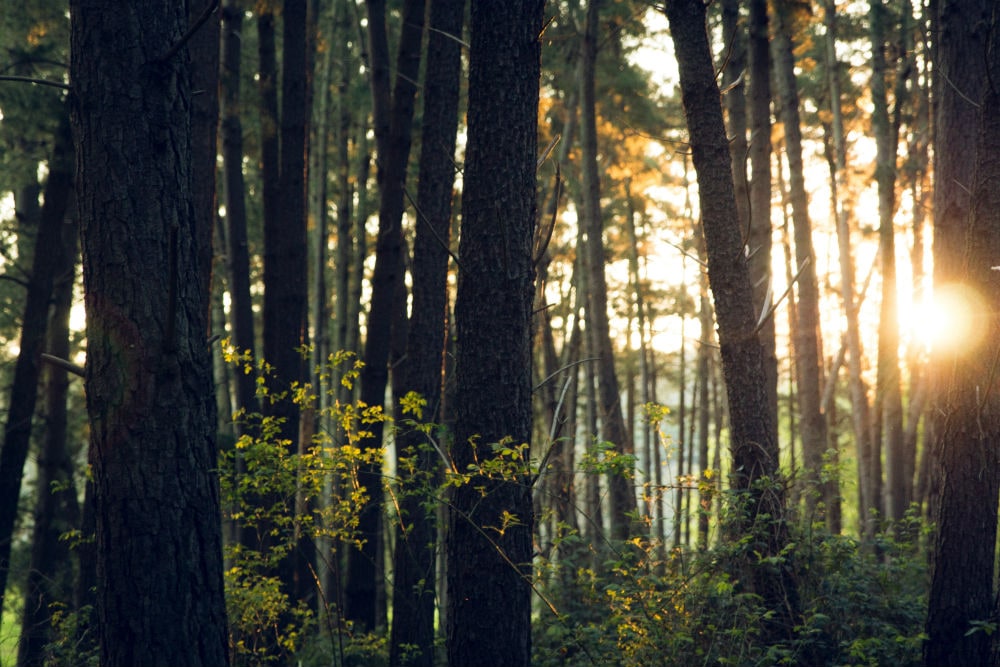 Sochi Terrenkur is a walking route, laid back in the 30s of the last century. In Soviet times, walks in the woods were actively recommended in sanatoriums to improve the health of the body, after the health path was abandoned and restored only before the Olympics.

The route starts from the sculpture “Matsesta” and stretches for five kilometers through the forest and along the sea. Terrenkur is great for both light promenade and jogging.

Take a walk in the Olympic Park 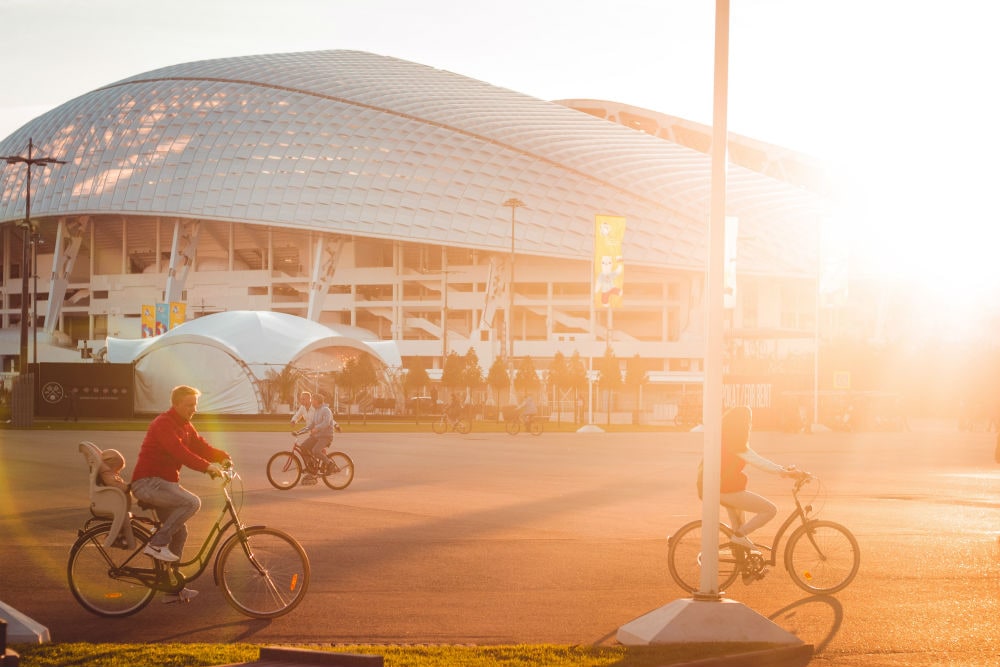 One of the main venues of the 2014 Olympic Games, it is now a huge urban park with a dozen sports arenas and free entrance. What to do in the Olympic Park? Walk, photograph Olympic venues and watch the daily Singing Fountain Show (right under the Olympic torch stele). If you have a longboard, a bicycle or any other wheeled transport, then everything becomes just fine, because the Olympic Park is the best place for skiing in the city. By the way, an ultra-modern skate park was recently opened there.

Listen to street musicians on Navaginskaya 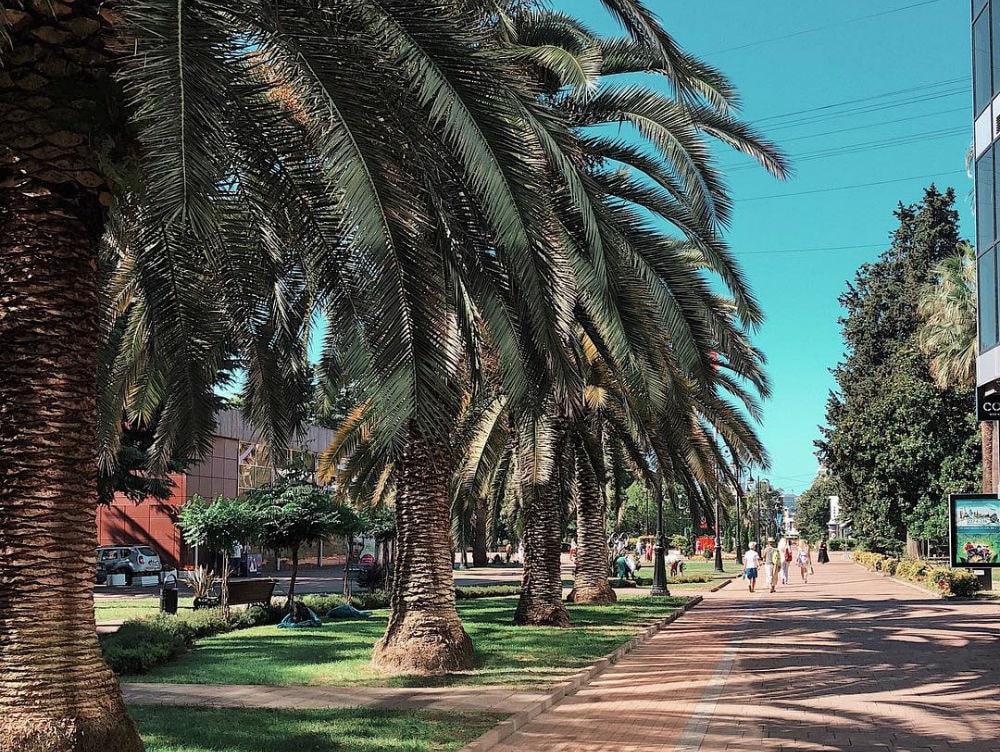 Navaginskaya is the main pedestrian street of the city with a bunch of trendy coffee shops, street food, palm trees, small monuments and even a modest bike path. The cozy atmosphere and developed infrastructure made Navaginskaya incredibly popular, so at any time you can meet a huge number of people walking there. Wherever people are, there are street musicians. Every evening the street turns into a live version of iTunes: modern classics, rock concerts, a Game of Thrones intro from a miniature symphony orchestra, a piano and some ethno.

Take a photo of all Youfeelmyskill graffiti 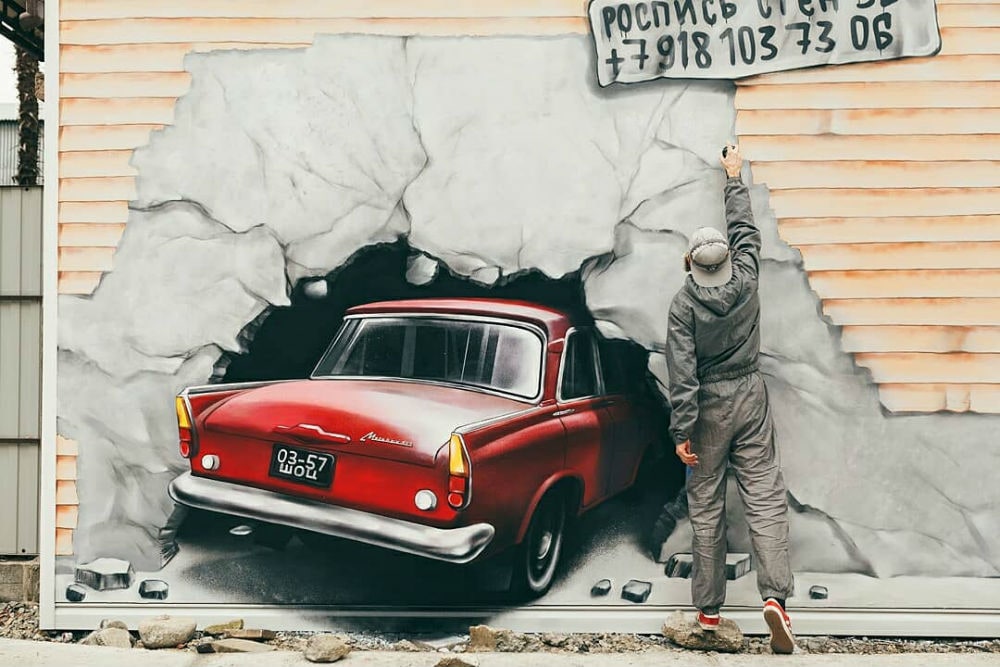 Youfeelmyskill are two guys from Belarus, whose graffiti has become one of the symbols of modern Sochi. The guys created a huge number of various social projects: Leonid Bykov the size of a five-story building, Jacques Yves Cousteau on the coast, Tony Hawk on the skate park ramp, decoration of the Metreveli stadium. The works are done in the same style and are scattered throughout the city, so finding them all is a route quest.

Visit the largest temple in the city 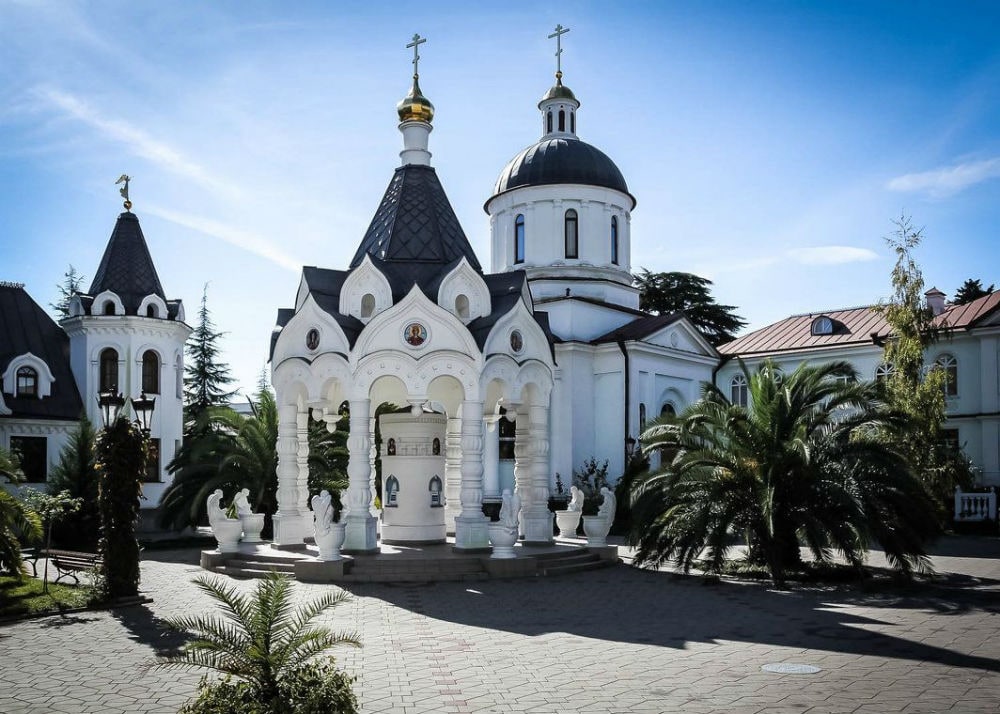 There are more temples of different religions and confessions in the city, but the largest of them is the Cathedral of Archangel Michael. This is the first Orthodox church in Sochi, built back in 1890. In fact, this is not just a temple, but a real church quarter with a temple complex, a Sunday school, a baptismal hall and a very cozy shady park.

Where is: Moskvina street, 12

Swim in a mountain river 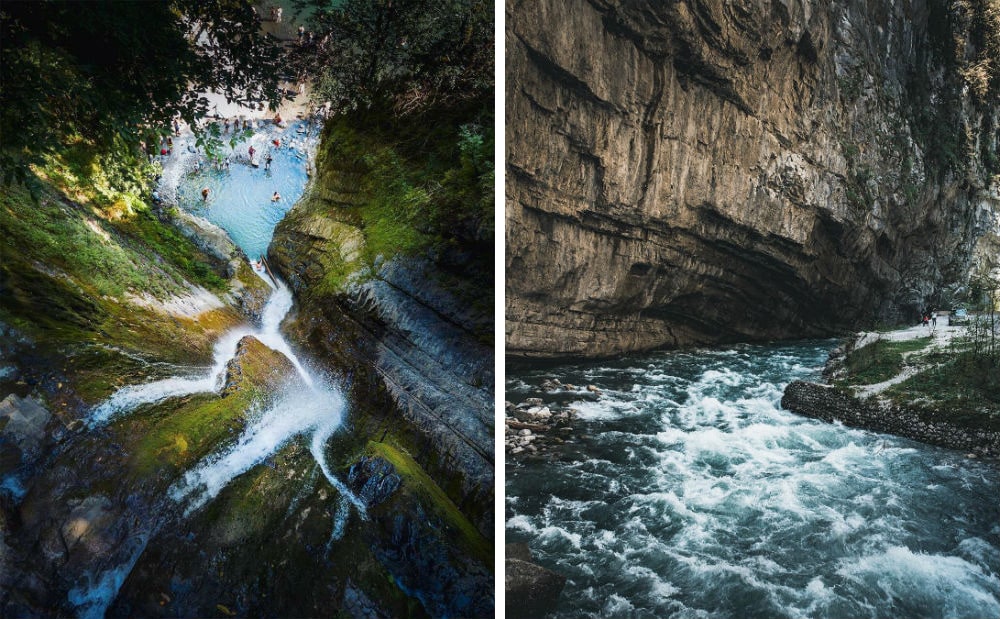 A fact that has already become a kind of bike: the locals do not swim in the sea, but go to the river. The water there is much cleaner and cooler, there are much fewer tourists – there are plenty of advantages to the “river” rest. On the territory of big Sochi (especially in the mountains of Krasnaya Polyana and in the Lazarevsky district) there are a huge number of mountain rivers, but the most affordable option would be to go towards the villages of Plastunka and Orekhovka, to the middle reaches of the Sochi river. The easiest way to get to Plastunka is by bus # 114, which you can take right from the railway station.

See Sochi from the top of the mountain 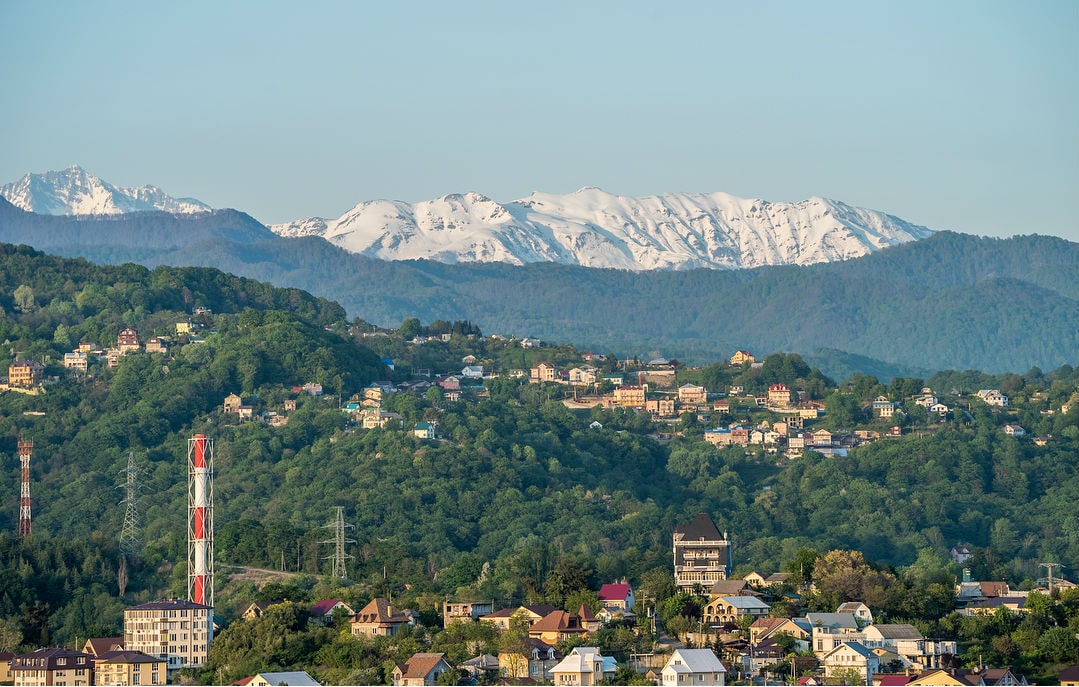 To do this, you don’t even have to spend money on lifts in Krasnaya Polyana. There is an option that is much more accessible and simpler in the form of a mountain with the laconic name Battery. The battery’s height is only 146 meters above sea level, but this was enough to become the highest point of the historical center of Sochi. The mountain has an interesting history: in the middle of the 19th century, local tribes used it to shell the Navaginsky fort, and during the Caucasian War there was an artillery battery here (hence the name). In 1977, a view tower “Rose of Winds” was built on the top of the mountain, which was recently restored (admittedly, the entrance to it is paid, but quite symbolic – 50 rubles), and next to the tower there is an old house, around which many myths have formed (alleged Fyodor Chaliapin won at cards and immediately lost). The photos from the Battery are really good.

Where are located: the address of the viewpoint – Alpiyskaya street, 18a

Hide in the shadow of one of the parks 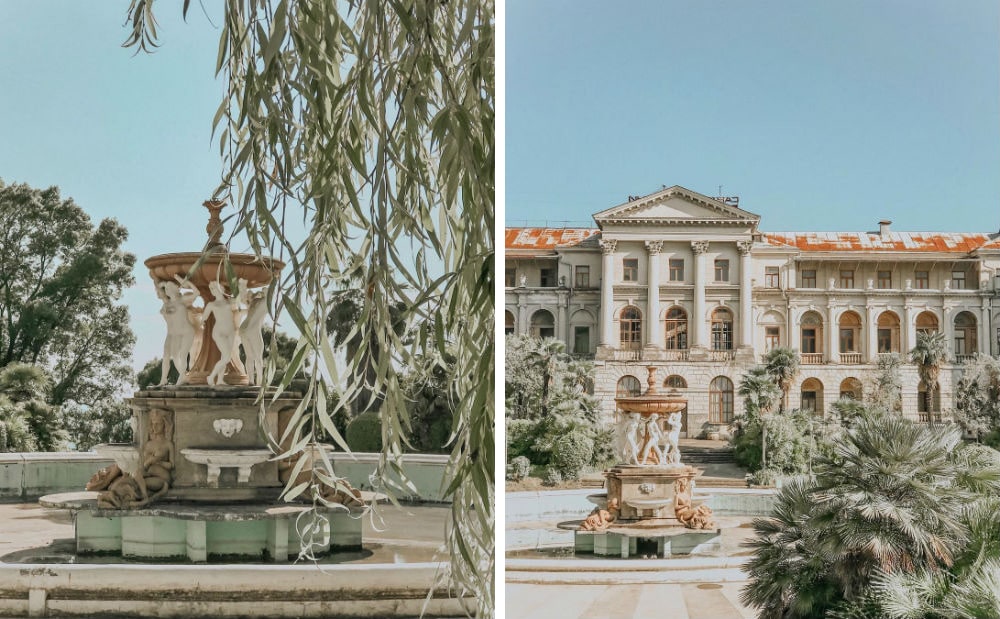 There are a large number of parks in Sochi, but not all of them are freely accessible. Of the completely free parks, it is worth highlighting: