Eight hours of flight from Moscow, seven days from there by train and here it is – a city on the banks of the Amur. Khabarovsk is not only the administrative capital of the Far Eastern Federal District, but also the heart of the region. By the way, the one where the Far Eastern hectares are distributed. If you are not yet ready to master the virgin lands, you can just take a walk around the city and its environs. Suddenly there will be a desire to move. So, what can you see in the Far Eastern capital?

It will be interesting to spend a weekend in Khabarovsk for residents of Komsomolsk-on-Amur, Vladivostok, Birobidzhan, Blagoveshchensk and other nearby cities, the road from which will not take long.

Approximate travel budget for one person – from 3,700 rubles *. 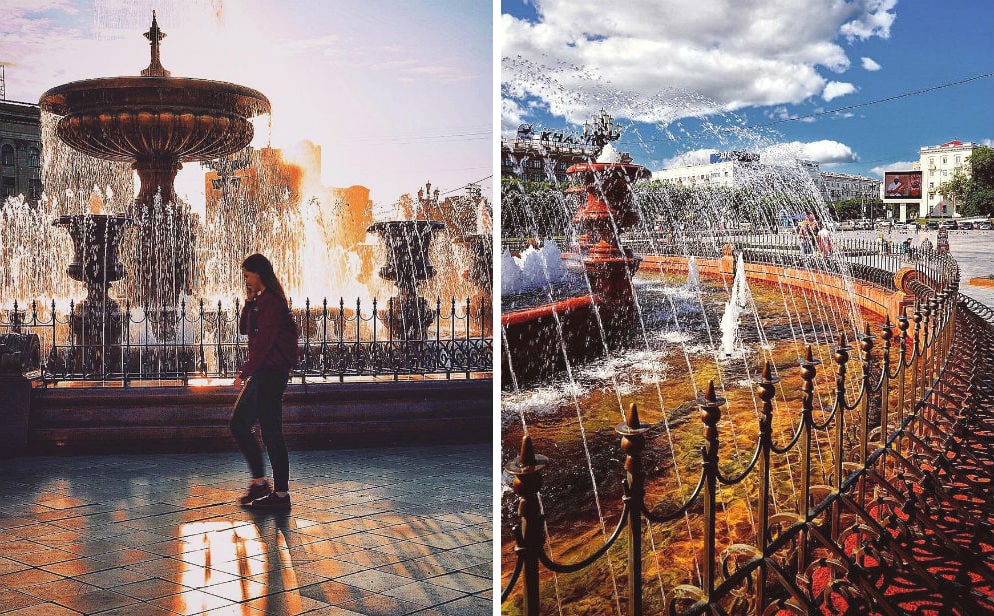 The main and one of the most beautiful squares in the city is named after V.I. Lenin. Here is a monument to him and, as it should be, the regional government. But if we abstract from the officialdom, at any time of the year it is really a place of rest. In the summer there are fountains that are refreshing. In winter, the city’s main Christmas tree and dozens of ice figures are here. It is here that the international competition “Ice Fantasy” takes place. Craftsmen compete in skillful carving on snow and ice cubes. Moreover, not only the finished sculptures are mesmerizing, but the process of creation. 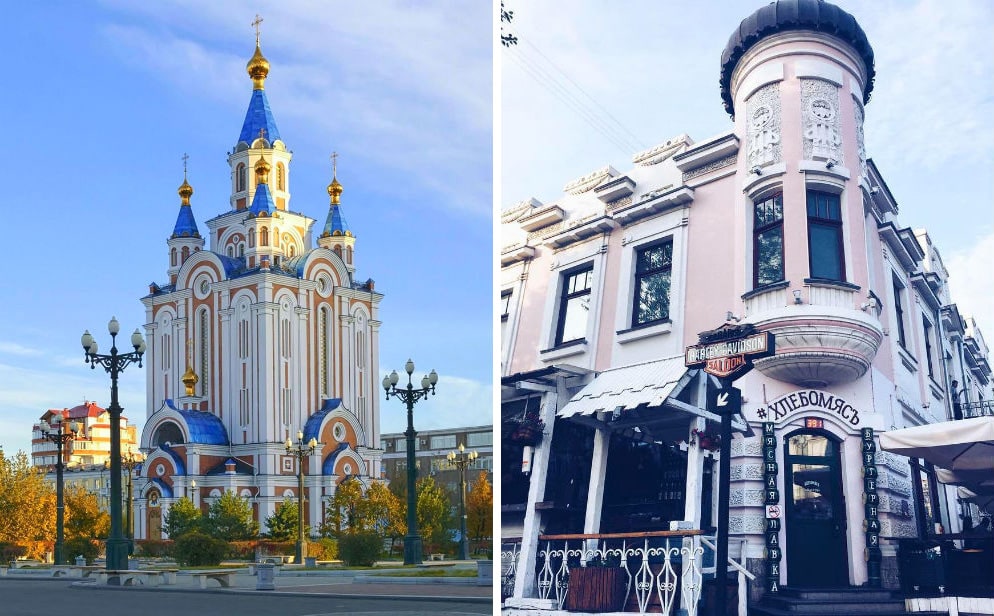 @The central street is the historical part of the city. There are many architectural monuments here. Most of the brightest were built at the beginning of the 19th century. There are many shops, souvenir shops, cafes and restaurants on the street. You can have a snack here on a budget in pizzerias or in restaurants with Japanese, German, Pan-Asian or European cuisine. In the summer, one of the blocks on this street turns into an open air. Artists write and immediately sell their works. By the way, you can order your own portrait. The cost of paintings is from 1500 rubles. Muravyov-Amursky street ends with Komsomolskaya square. Here is the monument to the Heroes of the Civil War, and the Cathedral of the Dormition. And, of course, an observation deck on the Amur River.

A hundred steps down from Komsomolskaya Square and you are on the embankment. In 2013, she was all under water due to the largest flood in the new history of Khabarovsk. The embankment was restored, and now pleasure boats leave from here. On one of them you can drive under the Amursky bridge – the same one that is depicted on the five-thousandth bill. If you decide to take a ride in the evening, then a disco on board will be a bonus to the beautiful view of Khabarovsk at night.

There is a Cliff on the embankment. It is he who usually decorates memorable Khabarovsk postcards. It has an observation deck with a breathtaking view of the Amur sunsets. If you stay in Khabarovsk, then you will have the opportunity to go to China – to the border town of Fuyuan, no more than an hour and a half on the “Meteor” motor ship. There is no need to worry about a visa – the travel agency from which you purchase a ticket is handled by it. 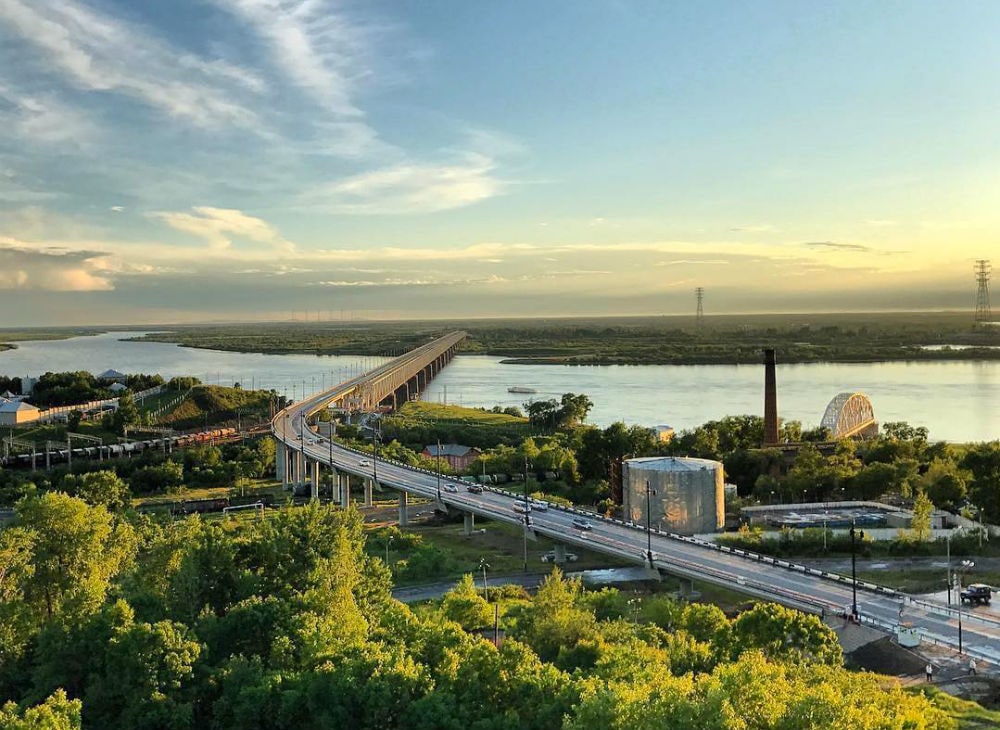 Who has not held a five thousandth bill in their hands? Here it is its main element – the Khabarovsk bridge or “Amur miracle”. Two and a half kilometers, part of the Trans-Siberian Railway and the Amur federal highway. The photo on the bill was taken from a hill nearby. Namely, from the so-called Infendel Tower. This object is for lovers of places a la “Stalker”: an unfinished building with its own controversial history. The structure is also called the Crow’s Nest and is shrouded in a lot of legends. Here are ghosts, and gatherings of Satanists, and mysterious signs. Much has been mixed, it all depends on the imagination and sensitivity of the tourist. Well, what you definitely can’t argue with is a beautiful view – the photos from this point will be the most memorable.

You can get to the tower by buses going from the bus station to the village. Priamursky or by taxi. From the center it will cost 250-300 rubles. 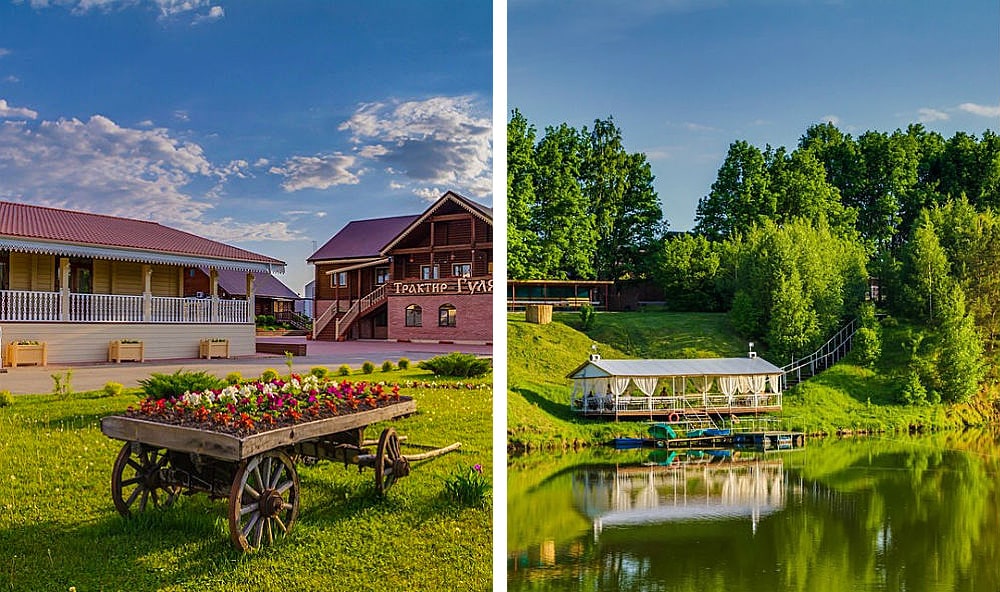 In 20-30 minutes by taxi from the city center you can get to Zaimka Plyusnina. Several hotels, restaurants and lots of entertainment. Both children and adults will find something to do here. Equipped beach, tennis court, swimming pool and sauna. In summer, all kinds of trampolines, ATV trips, in winter: ski slopes, tubing and skate rental. The complex also offers thematic programs, for example, “children’s holidays” or “romantic night”. 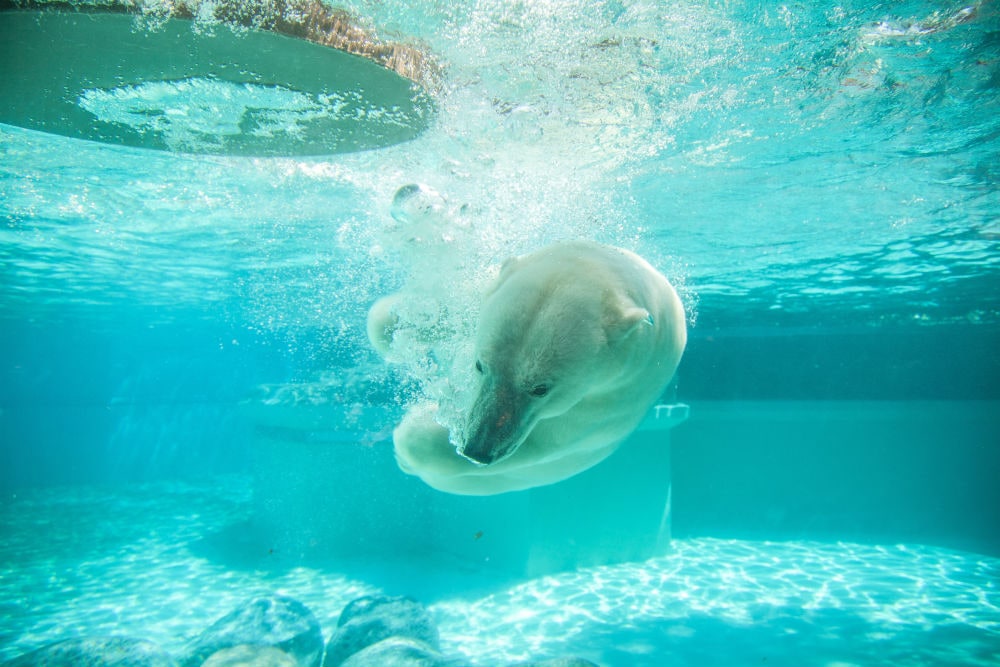 There is no full-fledged zoo in Khabarovsk, but there is a zoo where you can see representatives of wildlife. About 150 representatives of the local fauna live on an area of ​​almost 6 hectares. Almost all pets are inhabitants of the Far East. An African lion has recently joined their company. The animals live in spacious enclosures. The zoo is inscribed in the natural landscape, it seems as if it has always been here. 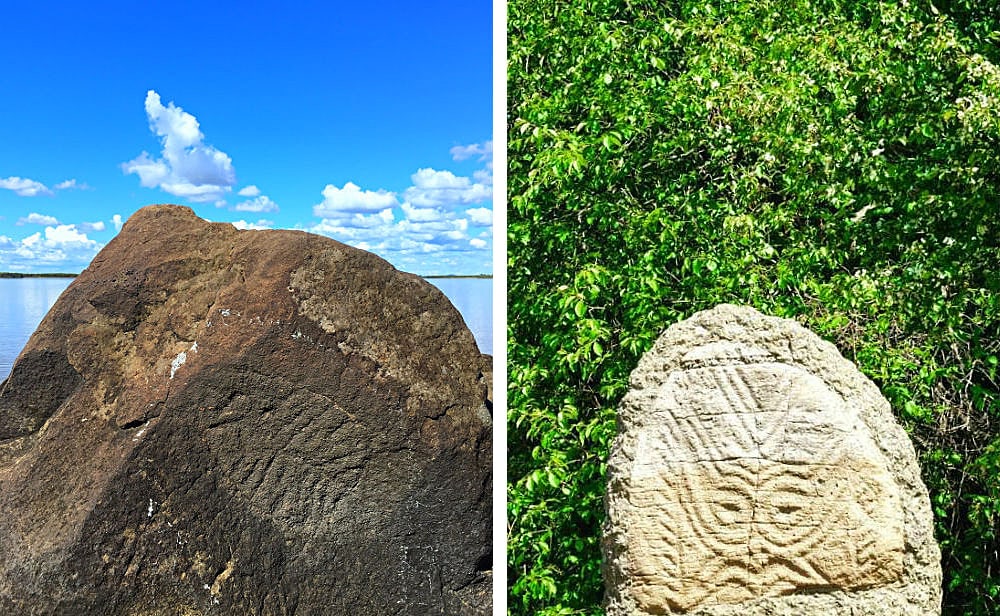 Amur petroglyphs are rock carvings, the first of which are dated to the 12th-9th centuries BC. Archaeologists suggest that wild horses depicted on boulders were found in the Amur region only during the Ice Age. Also on the boulders you can see images of a mammoth and Nanai spirits. This place is sacred for indigenous peoples, shamanic rituals are still not uncommon here. The rock paintings are included in the preliminary UNESCO World Heritage List. The most comfortable way to get to the village is by taxi, and there everyone will tell you where to look for petroglyphs. Nearby there is an original courtyard, where you can feel the atmosphere of the Amur region and taste national dishes.

You don’t have to go out of town to taste Far Eastern cuisine. In the center, near Glory Square, there is the Sopka restaurant, which was erected right on the river bank. A stunning panorama opens from the windows. All Far Eastern delicacies are here: Kamchatka crab, smelt, Far Eastern salmon and other delicious seafood. The cost of food here is higher than the average in the city, but gourmets say that it is worth it.

Go down from the main Lenin square to Ussuriysky Boulevard, and you will find yourself in front of the city ponds. It is a pleasure to walk here: the paved paths meander under the treetops. Since May, fountains have been operating on the first pond, which delight vacationers with a music and laser show all summer. There is a Chinese restaurant on the second pond. It is like a space dish floating above the water. Along the ponds, there are bronze figurines of Soviet cartoon characters. Popular festivities take place on the main alley in winter.