There are a million and one reasons to love London. I will only tell you about 10, but that will be enough to start dreaming about this city! Trust me.

It will never get boring here! You can spend a lifetime exploring London and be sure you know every street and corner. And one sunny Thursday you will simply find a turn that you have never noticed and a shop that you have never heard of, and then a completely new quarter will suddenly appear in front of you.

2. The World Is Here

The diversity of nationalities and cultures has made London a place of endless possibilities. Watching a movie in a French cinema? No problem. Eat at a Scandinavian bakery? Dine at an authentic Mongolian restaurant? Book a table. But London has benefited from cultural diversity not only in food. Over the years, the diversity of nationalities has helped the city develop its creativity, making the capital an international leader in many areas.

London has been a magnet for talent for centuries. From William Shakespeare to Jimi Hendrix to J.K. Rowling, the finest people in the art world have been inspired by London. It still attracts the best musical, artistic and acting talent to this day. An endless number of books and interesting stories have been written and continue to be written about the streets of London. Let’s remember such famous heroes as Sherlock Holmes, Harry Potter and Mary Poppins – they all called this city their home.

London lives on its own, with the sounds of districts. From Ed Sheeran and Adele to The Beatles and Rolling Stones, the UK has given rise to countless artists who have shaped the international music scene. You can enjoy artists playing every day – choose from world stars at the O2 Arena and indie rockers at the historic Brixton Academy to rising stars at Camden’s bars. The city is exploding with a number of summer music festivals, including two of the biggest: British Summer Time at Hyde Park and Wireless at Finsbury Park.

Two nights will never be the same in London. Immerse yourself in mesmerizing music in the West End, or watch the big Hollywood stars on the screens of cinemas in Leicester Square. Head to the hippest pop bars and restaurants in East London, or experience the legendary London nightlife, or sing along with the best new bands and artists at a concert in Soho or Shoreditch. 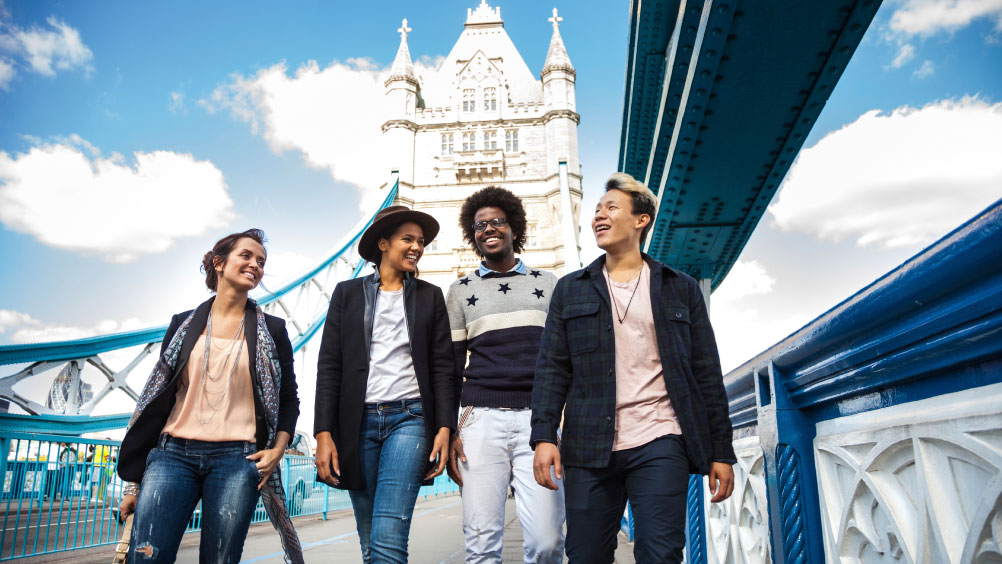 6. The food will blow your head

British cuisine can be a lot of jokes, but you’ll be pleasantly surprised at what London has to offer. Swanky restaurants, delicious street food (you can find our recommendations here) and experimental dishes with unusual sauces all contribute to London’s ever-evolving, international cuisine. That doesn’t mean you can’t try a traditional big English breakfast or Sunday roast – just go to a traditional café or pub to sample the national cuisine!

7. You will love sports

London has excelled not only in football, although it is home to some of the largest football clubs in the world. Wembley Stadium plays host to national football matches, such as the National Football League games, for which tickets are sold out at the 90,000-seat stadium. Twickenham’s deafening roar will be louder than usual this year as Wembley and the Olympic Stadium help host the 2015 Rugby World Cup. The 2012 Olympics also left London with a legacy – you can grab a towel, come to Stratford and swim in the same pool like Michael Phelps, or if you have the courage to jump off the tower like Tom Daly. The British are obsessed with sports and there is no more English to do than watch tennis at Wimbledon or play cricket at Lords.

8. This is the place where the royal family lives

The royal spirit is felt throughout the city! This is not surprising, because this is the place where the British royal family lives. Walk down Mall, the famous tree-lined street leading to Buckingham Palace. Here you can observe all the splendor and ceremonialness of the British royal tradition along with the changing of the guard. From Buckingham Palace, walk through Hyde Park to Kensington Palace, where you can catch a glimpse of the Duke and Duchess of Cambridge with Prince George and Princess Charlotte.

9. It’s cheaper than you think

You don’t need to rob a bank for London – you just need to know where to look and see our list of handy tips. A great start is a tour of the famous museums, which are free of charge. The National Portrait Gallery and the Tate Britain are collections of renowned collections of classical art, while the Tate Modern is a recognized leader in contemporary art. Jump back in time at the British Museum and National History Museum without spending a penny. During daytime hours, just stroll the streets and explore the local city markets for their variety of strange and interesting goods. The streets and people in the bustle of weekdays are a great way to get a feel for and get to know a new city better. In the evening, you can go to a free concert or stand-up show, which can be found almost at every turn.

10. Parks are just a godsend

London can move at a speed of a million miles an hour, but only here time stops. City parks, as well as the city itself, are full of surprises – they have zoos, open-air theaters and swimming pools. Cycle through Holland Park to relax in Kyoto Garden, or watch the skies from Greenwich Park or Primrose Hill. Here you will discover a different, softer side of this austere city that you will definitely enjoy.